Why Junk Food Tastes So Good 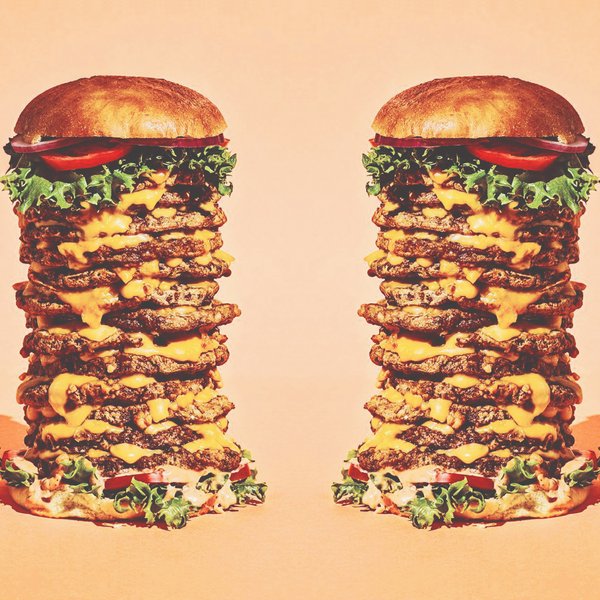 We write a lot about the dangers of junk food, the dangers of excessive sweets consumption, and other gastronomic excesses that are not only bad for your figure, but also for your health. And we do it for one simple reason: people like junk food, because it tastes good. And even realizing that these products are harmful for our body, we continue to eat them day after day. This time, we will tell you what makes these foods delicious and why they are bad for your health.

1. Why ketchup tastes so good 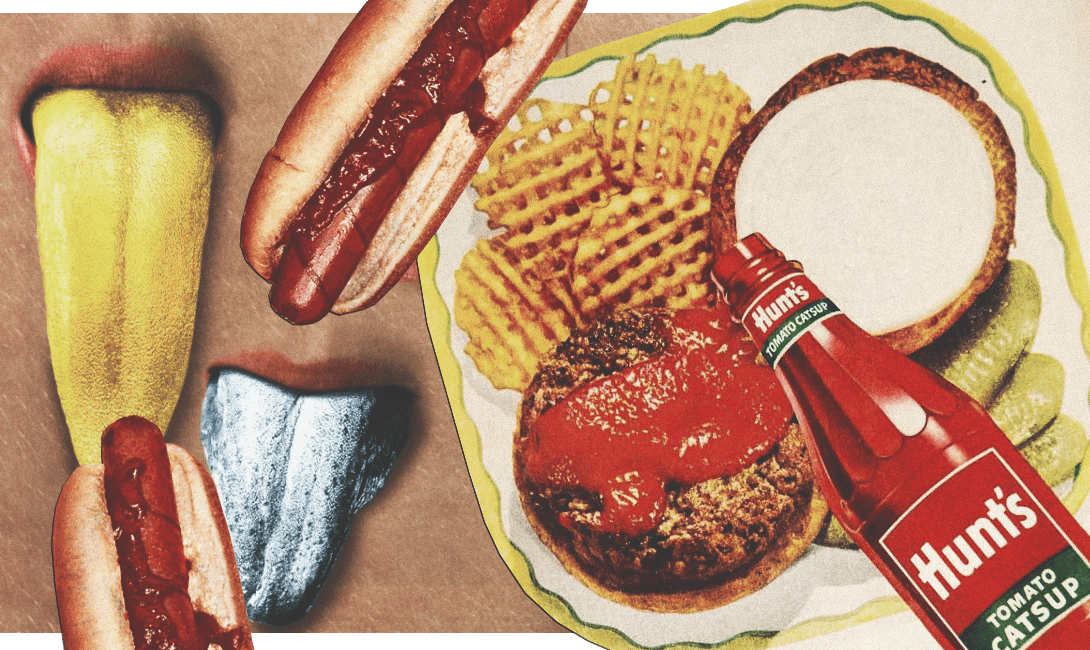 Can you imagine eating a kebab without some delicious ketchup? Some people like to add it to pasta, some eat it with French fries, and you can see the ketchup bottle on almost every table.
But why is it so delicious and what makes it an integral part of the diet of millions of people? It’s all in our language, which is able to catch the slightest flavor notes, and on this is just played by food technologists. The fact that with the taste of the product, we can determine its specific characteristics, such as whether it is dangerous or safe for the body. For example, sweetness indicates a high energy value of the product, salty taste means the presence of electrolytes (sources of magnesium and calcium), which are important for every cell of our body. Bitterness can signal that you have eaten something poisonous or unfit for consumption, while sourness is characteristic of citrus fruits, but can also indicate that the fruit has begun to rot.
Scientists have realized that by giving a certain flavor to a certain product, it is possible to trick the brain and “hook” a person on the food.

Another invention that makes food so appealing and perfect is sodium glutamate. It was discovered by Japanese chemist Ikeda Kikunae. Glutamate is listed as E621 in the product, so now there’s one less mystery. You’ll know what you’re eating. The high levels of glutamate in breast milk help shape a baby’s desire to eat in order to grow and grow strong. And yes, E621 is found in ketchup in large quantities, which is what makes us love this sauce so much.

2. How the food we eat affects the bacteria in digestive organs 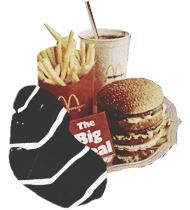 Our intestines contain an army of friendly bacteria that help us digest food and prevent the spread of disease and infection. But scientists recently learned how to classify the microorganisms in our gut, so determining how the food we eat affects our digestive tract has been a challenge.
So what explains the effect of the food we eat on our gut? Evolution has created some sort of healthy eating pattern. Back in the days when people lived by hunting and gathering, our diet was formed to include an abundance of fiber, various plant foods, and fatty acids. We have to stick to a balanced diet to saturate our bodies with nutrients. In addition to our usual diet, we need to eat green foods, mushrooms, berries, nuts—they are necessary for the normal functioning of the digestive system.
There have been studies that compared the intestinal microflora of healthy people and those who were overweight. Scientists found that the intestines of a healthy person contain the microorganisms, whose enzymes help perfectly digest food, while in overweight people these same microorganisms function much worse. But what causes this?
As a general rule, fast food is a segment of cheap food (consequently, not very high quality either). Cheap meat is pumped full of antibiotics, the oil it’s fried in isn’t changed as often as you might think, plus these foods make heavy use of artificial additives. They improve the taste in every way possible, but they negatively affect our digestive bacteria, not prepared by evolution for such chemical diversity. For this reason, obese people have poor microflora, which subsequently begins to cope only with a certain set of foods that can be digested.

3. Why fried food is so bad 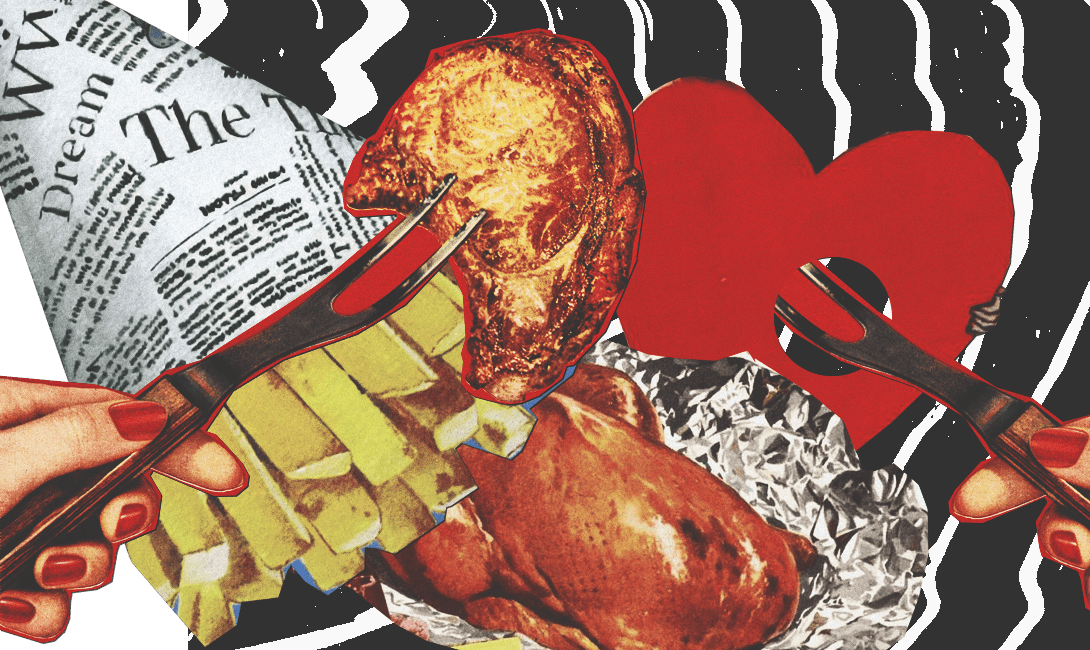 That deliciously fatty piece of meat is so tempting! Its taste deserves to be immortalized in poems, and its structure is such that the meat seems to melt in the mouth. And everything would be fine, if not for one thing: such a product can be very unhealthy.
No, of course, sometimes you can afford a juicy fried piece of meat, but remember that with fatty food it is better not to flirt. Frequent consumption of such foods leads to higher blood cholesterol levels and increases the risk of heart attack, stroke, and diabetes. Remember that even a fried piece of meat can be useful, but only in normal amounts, and the excesses have not yet led anyone to good.
But that’s just the consequences—what can science tell us about exactly how unhealthy, fat-rich foods can harm the body? It turns out that a lot also depends on the temperature at which the food is cooked, because fats, depending on the degree of frying, can exhibit different properties. Fat gives food a certain texture, flavor and aroma, but it can also make an ordinary piece of meat a bomb, which contains a lot of toxins.
Polyunsaturated fats extracted from sunflower, corn or soybean oils and in all vegetable oils are susceptible to degradation or oxidation when heated and release toxic compounds that scientists believe lead to cancer. The same claim would apply to acrylamide, a chemical compound that is formed when foods such as bread or potatoes are heat-treated at high temperatures. How did we learn this? All thanks to scientists and long-suffering rats, who once again took the hit and served for the good of mankind. Scientists fed the animals carefully roasted potatoes and bread every day, and in 60% of the rats this diet caused cancerous tumors. Of course, these studies were not done on humans, but that doesn’t mean you should not care about your health and start eating this way.
Polyunsaturated fats can also be harmful in their raw form, because they contain omega-6, an excess of which leads to chronic disease. But like everything, these fats in limited amounts are necessary for the body, and you can get them from nuts, fish and various cereals. If you need to cook meat thoroughly, use animal fats. Their structure is more stable at higher temperatures, and they add a tangy flavor to any meat, so use these fats for any foods that need to be deep fried.

4. How to treat bacteria in food 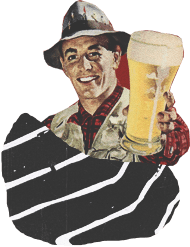 We are not talking about natural bacteria, but acquired bacteria. At first glance, it might seem that bacteria added to the original product can ruin everything, but this is far from being the case. There are such microorganisms that can enrich the product with useful properties or give it new qualities.
Let’s look at this with the example of fermented dairy products, which are very important in our diet. Kefir, yogurt, sour cream—all these products undergo primary fermentation: bacteria transform carbohydrates into acids, which are natural preservatives and can preserve the useful properties of the product longer.
If we talk about yeast, they help turn carbohydrates into alcohols, which is how we get beer and other alcoholic beverages. Sometimes in order to get a new product, it is necessary to add a micronutrient to the original product, which transforms it and gives it new qualities.