What is a Pentagram? Meaning and Origin of the Symbol

The pentagram: meaning, origin and application of the symbol

The pentagram is considered by many to be an unkind sign that can bring nothing good into life. But this symbol has different meanings and uses that are worth knowing about. Experts told us what the pentagram is, why it is called the “sign of the devil” and the “star of Satan,” and how you can use it for your own good.

The five-pointed star in a circle is a rather rare sign that was used by different peoples with different cultures and at different times, so it has several meanings.

The pentacle was a talisman for Christians and denoted one of the ways to represent the name of Jesus—each corner of the five-pointed star corresponded to the letter of the name. Therefore, the symbol of the pentagram can be found in Gothic cathedrals, on ancient Orthodox icons, as well as on swords and knights’ armor.

The 19th-century French poet Eliphas Levi pointed to the inverted pentagram as a symbol of the devil, and inscribed a goat’s head there. Later the occultist Stanislas de Guaita used this image as the title illustration of his book “The Key to Black Magic”, and the founder of the Church of Satan, Anton La Vey, chose this symbol as the logo of his organization in the 20th century.

The Seal of Solomon

Solomon was one of the wisest rulers in history and was also famous for his magical powers. Solomon’s seal was in the form of a five-pointed star, but later a star with six corners became more common. It was believed that Solomon’s seal helped the king understand the language of animals and protected him from negative energy and vampirism. This symbol is used as a talisman against the evil eye, spoilage, and energy vampires to this day.

The inverted pentagram as a symbol of Satan

The inverted five-pointed star in a circle, as mentioned earlier, is a sign of the victory of lust over reason. Often the sign of the devil is accompanied by other occult images: inscribed in the star head of a goat, symbolizing Satan, inverted crosses, “the number of the beast” 666, etc. In this case, the pentagram, designed to be a talisman against dark forces, changes its meaning to the opposite, turning into such a powerful dark sign.

The pentagram as a symbol of the perfect man

The pentagram was also associated with the fact that it symbolized a man with arms and legs spread apart, resembling a five-pointed star. The five rays of the star illustrated the five virtues of the perfect man: love, wisdom, truth, justice, and goodness.

The double symbol is a five-pointed star with the same small five-pointed star inscribed in the center. The sign also symbolizes the human qualities, as well as the natural elements: earth, water, air, fire and ether. A double pentagram indicates that man is closely connected with nature, and as a microcosm, acts within the macrocosm—the universe (small star is inscribed in the larger). This symbol became a talisman against evil forces, as well as a patron and an indication that man needs to live in harmony with nature and the entire outside world.

This is an occult symbol present in pagan beliefs. A white pentagram can protect against the effects of black magic and evil spells, but supporters of the church do not recommend the use of such a talisman, because it is also a subject of the occult.

Pentagrams have closely entered our daily life, and you probably met them not only in films about satanists. Below we will tell you about the most famous types of the sign.

The pentacle as a symbol of the movement of Venus is used these days by New Age followers. The talisman is depicted as both a five-pointed and a six-pointed star. This symbol is used by astrologers.

This symbol was used to decorate tombstones, military shields, residential and non-residential premises. In modern times, it is often used to attract money.

The Symbol of Communism 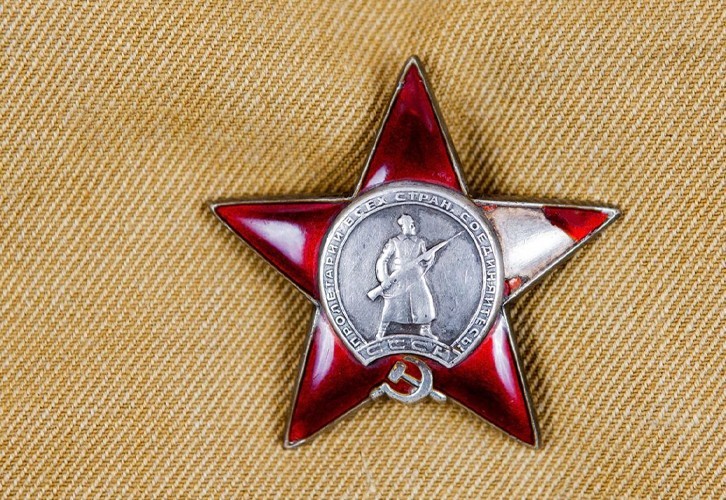 Leo Trotsky brought the pentagram to the Soviet Union. He was an esotericist and believed in the power of this sign. In Communism, the pentagram symbolized each ray as the continent that the army of Soviet Russia planned to conquer.

Compatibility with the Zodiac signs

The signs of the Zodiac belong to different natural elements, and the pentagram contains them all in itself, so this symbol is compatible with all signs. To achieve maximum protection from the five-pointed star, you should consider what material would be better to make a talisman: for representatives of the fire element, the best metal will be gold, the earth element will prefer a talisman made of bone or wood, for the air element will do silver or steel, and representatives of the water element would prefer to choose copper or bronze. Also, the talisman can be decorated with stones suitable for the zodiac sign. 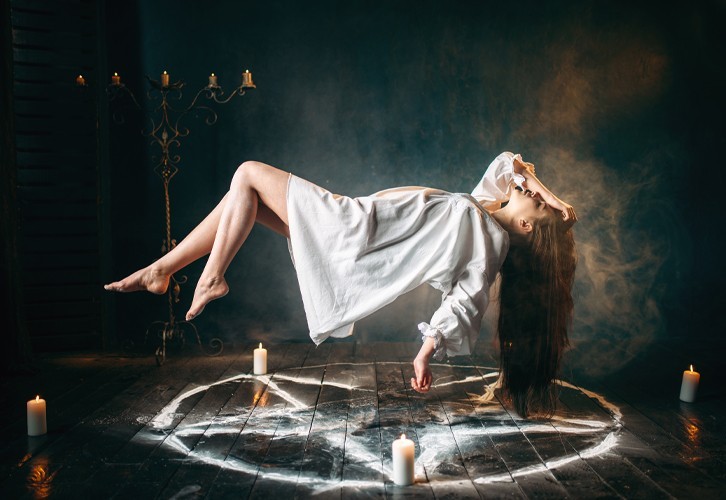 How to use the pentagram correctly for yourself?

The five-pointed star is a strong amulet and requires careful use. First of all, you must always watch the position of the symbol: an inverted Satan star reverses the meaning. Despite the strong properties of the sign, it is not recommended to do tattoos with a pentagram. If you apply a sign on a wall or a door, make sure that opposite to it was not a mirror or a window, draw it in strict lines, clockwise and without a break (you can use a template). Also, it is necessary to refer to the talisman on special occasions, not constantly, and to protect it from prying eyes and hands.

How to use the pentagram as an amulet

You can use the power of the pentagram to protect yourself from the negative influence of ill-wishers, to develop intuition and even magical abilities, to fill with strength, energy and self-confidence. You can find a wide choice of pentagram amulets here. 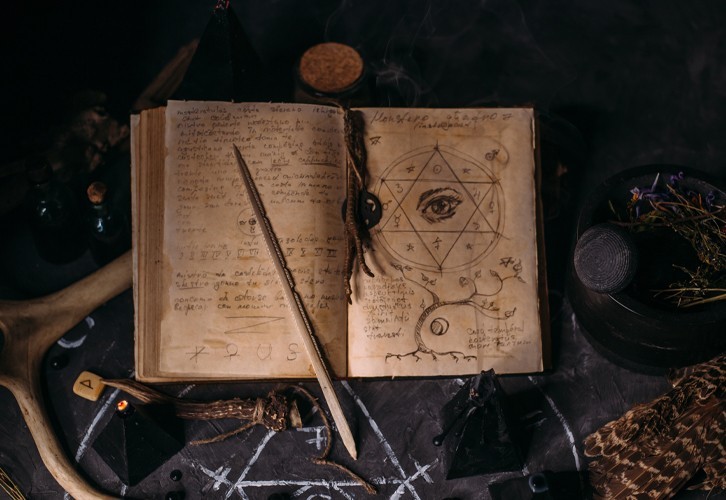 If you decided to bind yourself with this symbol forever by making a tattoo, do not choose a place for it on your hands: so, during gesticulation, the pentagram will change its position during the day, which will have a negative effect on the owner of the symbol. It’s better to choose a place for the tattoo where it will stay in one position, for example, on the back or chest. Be prepared for the fact that when applied to the skin, this powerful amulet will establish the closest possible connection with you, and you must be able to control it.