The God Effect: Why Does Religion Produce Saints And Maniacs? 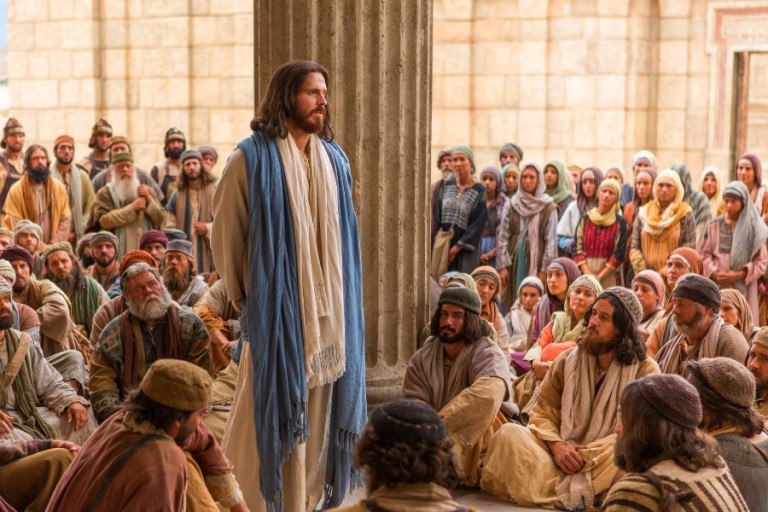 Religion begets both merciful saints and fanatics killers. Could such an unusual combination depend on the level of dopamine in our brain?

Certain neural networks and chemical compositions can make a person strikingly talented, creatively gifted, even a saint, or absolutely crazy, cruel, and immoral. In order to increase the “God effect” in religious people, it is enough to increase the production of the neurotransmitter dopamine, which is responsible for balanced thoughts and emotions (this occurs in the right side of the brain). However, when the level of dopamine goes through the roof, a person may become a violent fanatic.

Religion has always provoked people to do strange things. Even at the dawn of human history, our ancestors covered the walls of their caves with ritual drawings when burying the dead. One of the earliest evidence of religious consciousness dates back to the late Paleolithic (about 25,000 years ago): a boy aged about 12 years crawled hundreds of meters deep into a completely dark cave. Probably, he was guided by the drawings on the wall, which he briefly illuminated with a torch. In the bowels of the cave, he came to a dead end, where he applied red ochre to his palm and left a handprint on the wall. Then, he got out of the dead end and went outside, as we can tell from the fact that no bones were found in the cave.

Where did this boy get the courage? And why did he leave his handprint deep in the cave? Some researchers of rock art believe that he performed a certain sacred rite. He, like many others who made the same journey in the cave, sacrificed to the spirit world and became a saint. Most likely, he had an elevated level of dopamine.

Over the centuries, excessive dopamine has produced gifted leaders and peacemakers (Gandhi, Martin Luther king, Catherine of Siena), prophets (Zarathustra), seers (Buddha), warriors (Napoleon, Joan of Arc), teachers (Confucius), and philosophers (Lao Tzu). Some of them not only created new religious traditions, but also had a powerful influence on culture and civilization. But the increased dopamine also created real monsters: Jim Jones (the “messenger of God” who persuaded hundreds of his followers to commit suicide) and the leader of the Aum Shinrikyo sect that carried out the terrorist gas attack on the Tokyo subway. Here, we can also mention suicide bombers from al-Qaeda, which attacked the twin towers and the Pentagon.

As the story of 9/11 demonstrates, the neurological boundary between sanctity and barbarism, creativity and unmanageability, is very tenuous. This is proved by numerous stories of geniuses, whose families were criminals and mentally ill. Genes that create a brain capable of unusual creative ideas and associations are also likely to make the brain (in the same person or their relatives) open to overly strange, manic ideas.

The medical literature is replete with descriptions of bursts of creativity that occurred in people after taking drugs that increase dopamine levels (for example, Parkinson’s disease medications). Because of bipolar disorder, people have problems with dopamine, which causes them to either suffer from depression or experience unhealthy arousal. In this state, a person may create masterpieces of art. Often, patients refuse to take medications that regulate dopamine levels, precisely because they value the creative activity inherent in borderline states.

For example, psilocybin and LSD indirectly stimulate the release of dopamine in the frontal lobes of the brain, and religious ideas can then infect even convinced atheists. Hallucinogens cause a person to have vivid images, psychotic outbursts, and strong spiritual experiences. In this way, dopamine receptors act on neurons in the limbic system (the area in the midbrain responsible for feelings) and the prefrontal cortex (the forebrain, the center of thinking).

So, we can put all facts together and suggest that dopamine might explain the “God effect.” If the level of dopamine in the limbic system and prefrontal cortex is high (but not beyond the norm), unusual ideas and associations occur, resulting in increased creative activity, improved leadership qualities, and deep emotional experiences. However, when the level of dopamine is too high, people who are genetically predisposed to mental problems begin to suffer from mental disorders.

Schultz conducted an elementary experiment to indicate this nuance: he gave monkeys different amounts of fruit juice, while recording activity in the midbrain—the area responsible for feelings, where dopamine neurons are densely located. He found that neurons were activated most strongly not when monkeys received juice, but when they unexpectedly received a very large portion of juice. In other words, only surprises that a person has not yet experienced can stimulate dopamine neurons. After Schultz unveiled his groundbreaking discovery, scientists discovered similar patterns of activity of dopamine neurons in the prefrontal lobes responsible for thinking and creative activity.

We can assume that religion formed bright personalities who were indifferent to ordinary human joys (sex and wealth) and sought more unusual sensations (for example, a sense of belonging to God or the joy of doing good deeds). Dopamine could encourage them to be carried away by unusual ideas, as well as stimulate increased creative activity.

This may be where science intersects with religion. Both the most talented scientists and the most deeply religious people are motivated only by what contributes to the production of dopamine and the appearance of unprecedented sensations in the prefrontal lobes: reverence, fear and delight. Such feelings are experienced by the bravest artists, the smartest thinkers and all those who are able to come to a frenzy of delight because of the beauty and uniqueness of the world around them. However, if a person is genetically predisposed to produce high levels of dopamine, it is enough for them to get “too much juice” in order to turn into a fanatic terrorist.

Freud explains religious feelings as a state of anxiety. The promised life after death in religion alleviates the eternal anxiety caused by the fear of death. But what if the opposite is true? The believer does not fight the fear of death, but seeks to feel it, because it is one of the most powerful, vivid and amazing experiences generated by the brain.

The mechanism that triggers the creative process in us by supplying dopamine to the right area of the prefrontal cortex and limbic system also helps us become inspired with religious ideas and experiences. However, if you stimulate excessive production of dopamine, then, instead of creatively unusual thoughts, a person has psychotic and manic states. Since the late Paleolithic, religious cultures have shaped, guided, and fueled the desire for great joy. Today’s science, art, music, literature, and philosophy offer the same sense of transcendence that religion alone once gave. To do this, you just need to trigger the “God effect”, experience the delight in the world around you and feel a part of the great power, while remaining sane.