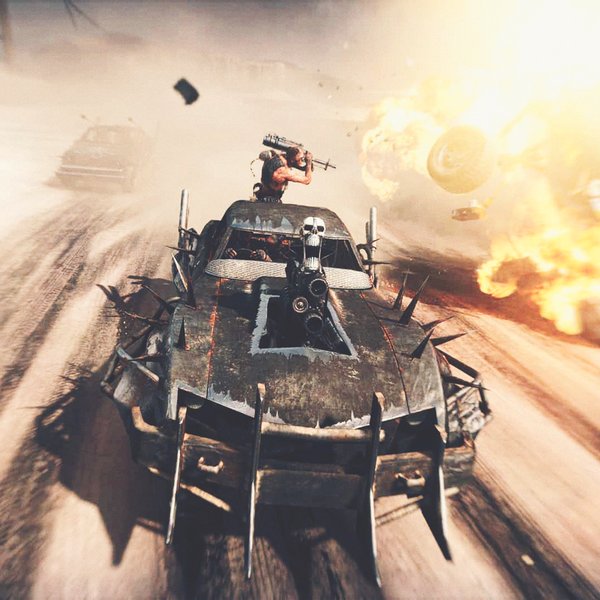 Legendary post-apocalyptic franchises like Fallout, STALKER and Metro are already worn out, and you want to play something less well-known that you might have missed in the background of these brilliant games. Of course, they shouldn’t be too inferior to the iconic series.
We have just a few examples of post-apocalyptic games that will help you cure your gaming impotence and immerse yourself in the atmosphere of destruction, anarchy and survival. 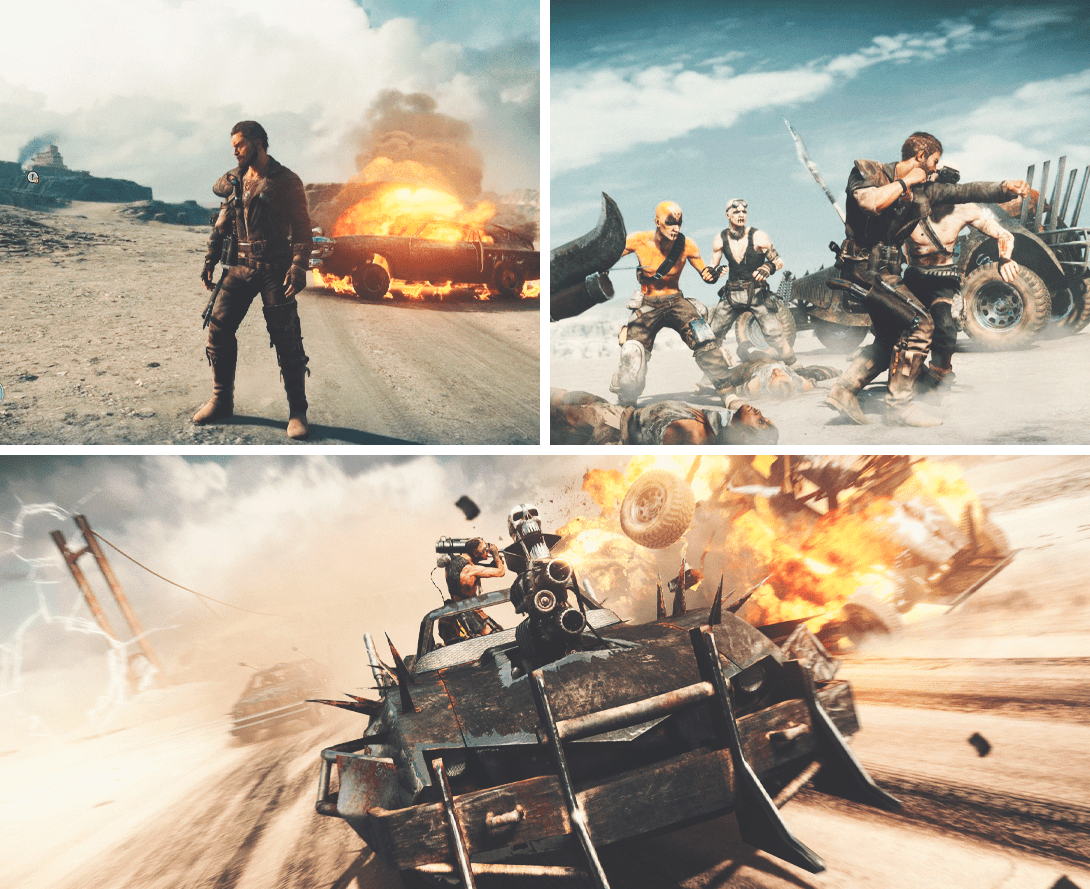 Mad Max, despite its release in the same 2015 as Mad Max: Fury Road, has nothing to do with the movie – only references to all parts of the iconic franchise.
This action game with elements of adventure and third-person survival races is liked by gamers for the great atmosphere of the wasteland and exciting battles, but it did not reach to the masterpiece that fans were expecting. It is all about the monotony of missions and a simple combat system.
Nevertheless Mad Max is worth playing for the big open world with unusual post-apocalyptic vehicles and, of course, to feel yourself in the shoes of the legendary Max Rockatanski, building a car that can withstand any test. 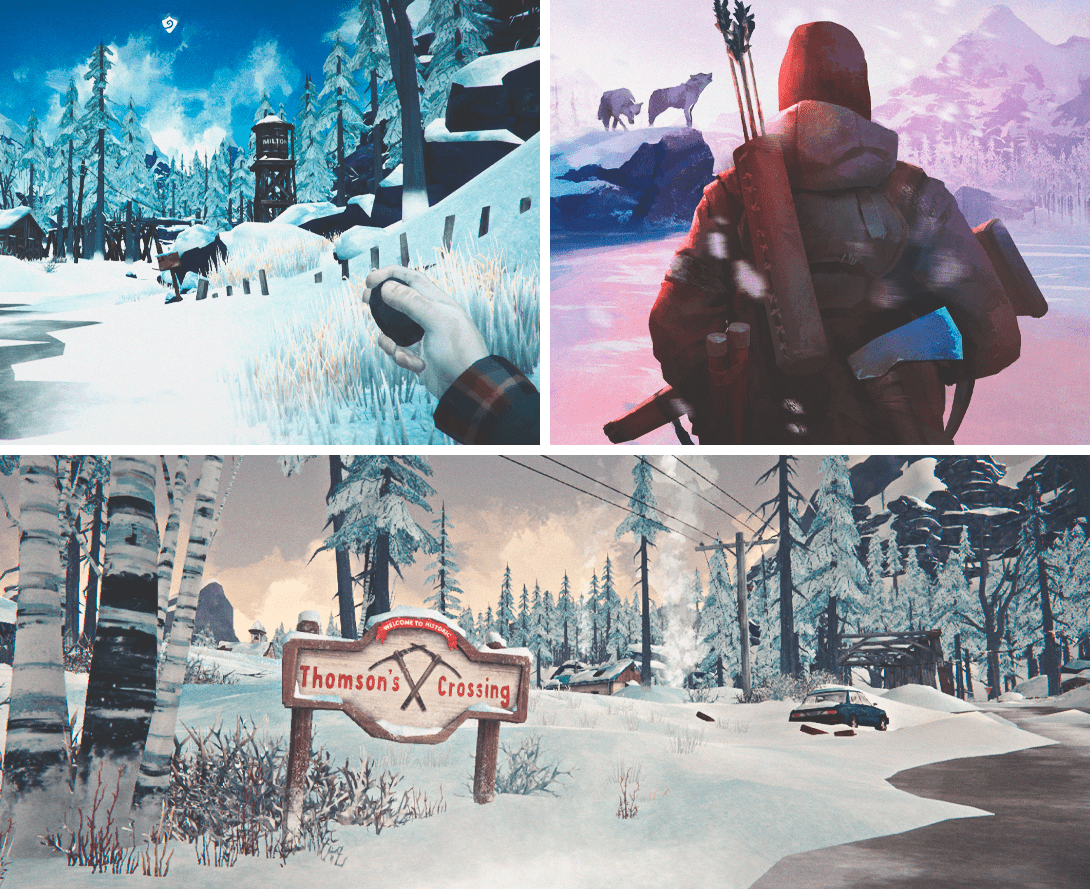 Unlike most post-apocalyptic games, The Long Dark features a quiet narrative without the constant action. In this first-person thriller, you play as a pilot who crashes in the Canadian wastelands during a geomagnetic storm. All the people are either missing or dead, and you’re all alone in the middle of an unfriendly tundra.
The Long Dark offers a choice of storyline, still under development, or a sandbox mode with various challenges that will test even experienced players. In the game you need to look for warm clothes, because the temperature outside is on average no higher than -20 degrees, as well as firewood, food, water and other supplies.
The Long Dark allows you to craft weapons and items on the workbench from the ammunition at hand. Any items tend to break when exposed to weather or during use.
Another difference from other survival games is the combat system. Ammo is critically scarce, archery takes time to learn, and any wolf can quickly terminate the life of the protagonist or at least seriously injure him and tear his clothes, which will no longer protect him from the cold. 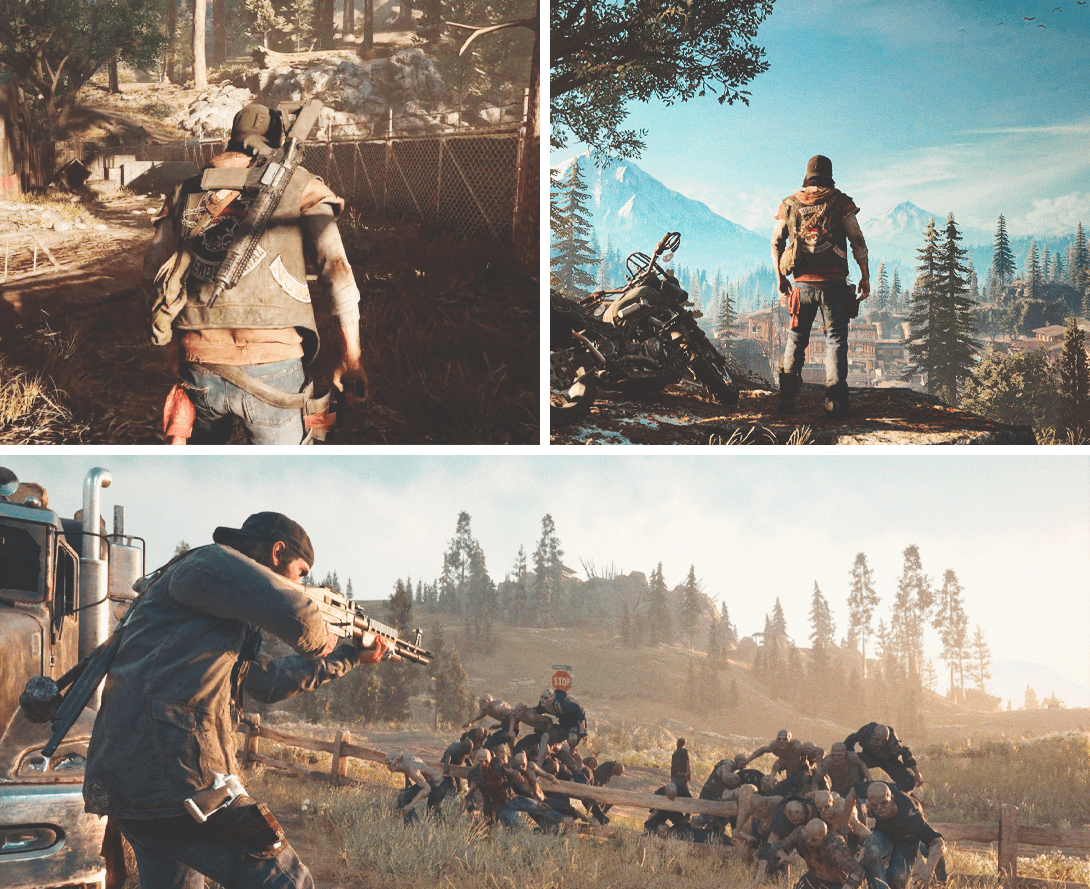 You could only play Days Gone, released in 2019, if you had a PlayStation 4. If not, you have to wait for its release on PC, which is planned for the second quarter of 2021.
Days Gone is an open-world, third-person action-adventure thriller with elements of a survival horror. The game takes place two years after a global pandemic that wiped out almost all the people on the planet. Most of those who survived turned into freaks – crazy people who behave like zombies. You play as Deacon St. John, a former member of a biker gang, who roams the ruined world on a motorcycle and helps the survivor settlements for a fee.
You’ll have access to several weapons, from homemade knives to automatic weapons. By getting skill points, you will be able to upgrade the hero for more effective destruction of the “freaks”, as well as the motorcycle to explore the vast open world.
Great graphics, post-apocalyptic atmosphere, fear, despair and cruelty are present in just the right doses, allowing you to immerse yourself in the game world with all your might. 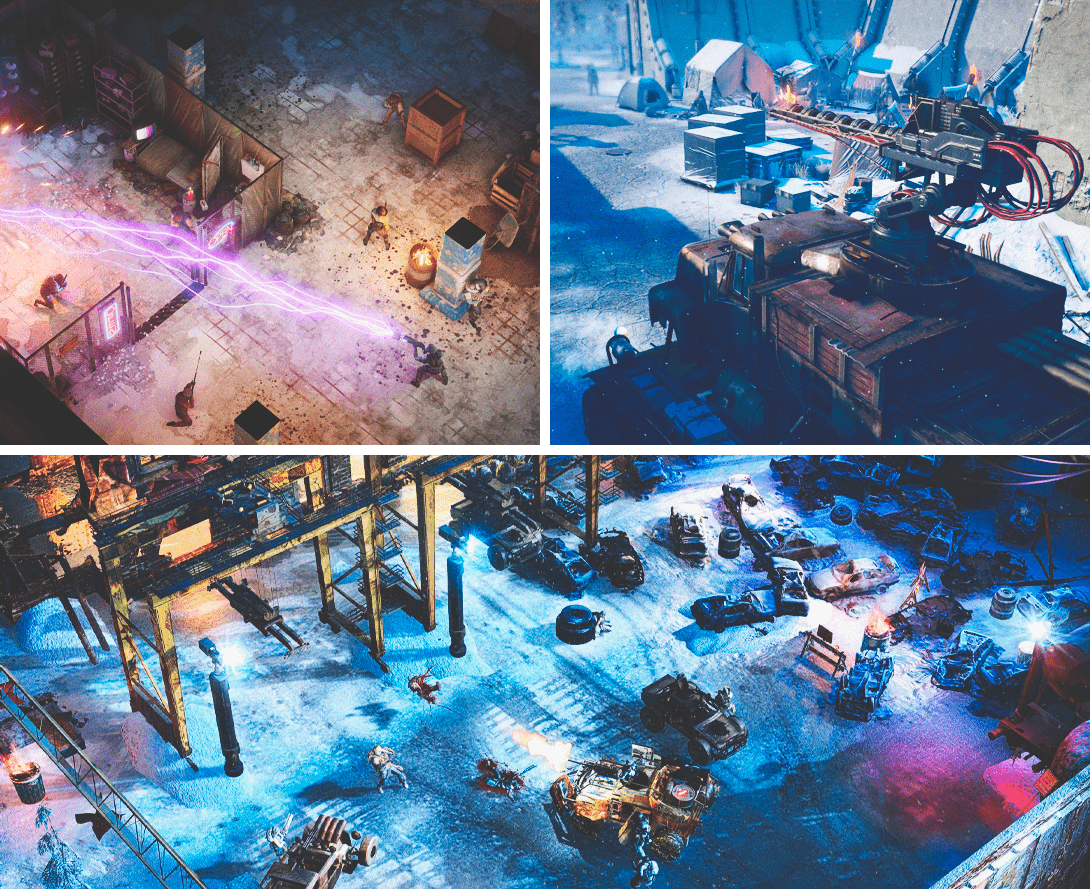 In 2014, the sequel to the original Wasteland from 1988 was released, the game that became the ideological predecessor of Fallout. Wasteland 2 shows the player a harsh post-apocalyptic world without any romance: radiation-scorched wastelands, ugly mutants, anarchy, banditry, and dangerous cults.
In Wasteland 2, you take control of a squad of four, which you can later expand to seven. Fine-tuning before you start the game will help you create a balanced squad that is equally effective against bandits, monsters, and robots.
In 2020 Wasteland 3 was released, and it is the sequel to the previous one. The events of this game unfold several years after Wasteland 2. The game remained almost unchanged, remaining an atmospheric RPG in an unfriendly post-apocalyptic world, where the squad under your command brings justice to the radiation suffocating wasteland. 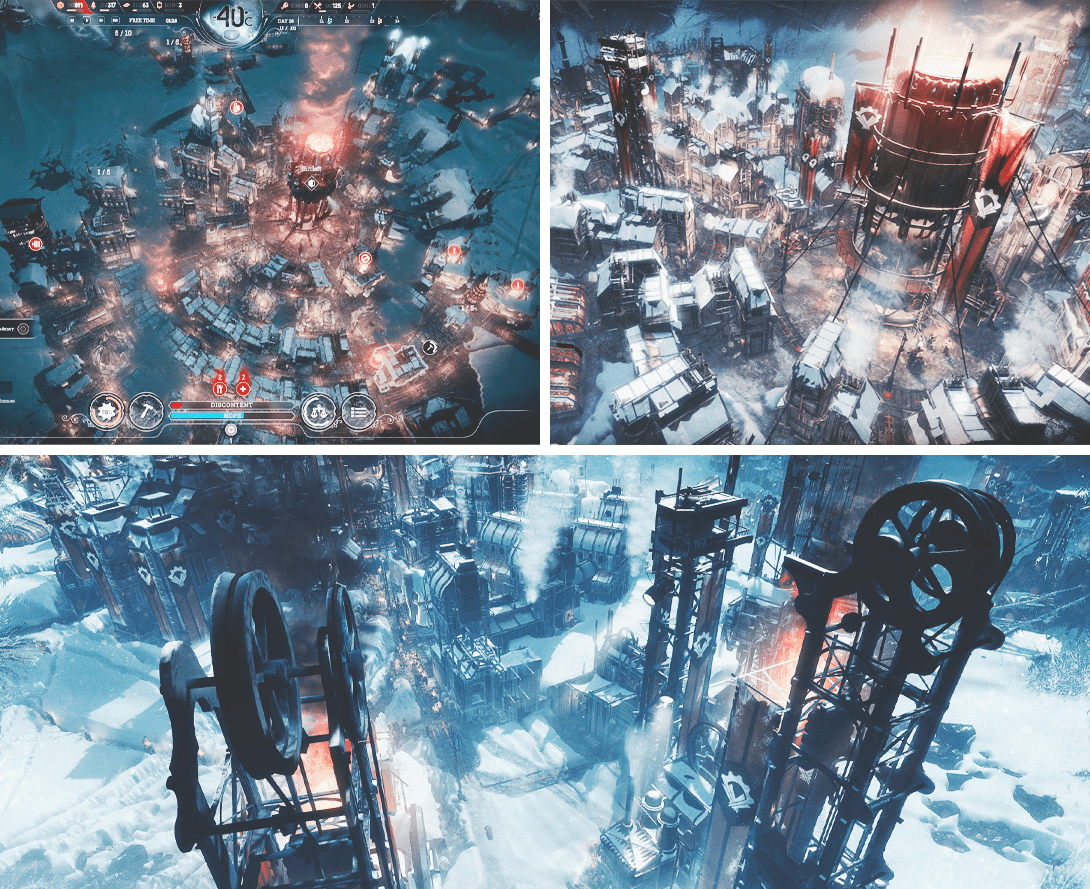 While previous games have implied enemies and fighting them, this will not be the case in Frostpunk. Frostpunk is a city-building simulation in the Victorian era universe. According to the plot, a gradual cold snap begins at the end of the 19th century, which leads to the death of most people on the ice-strapped planet. Only a handful of survivors remain, who make their way to the Arctic, where there used to be a research base, find a powerful generator and build a settlement around it.
Your task is to create a thriving city whose inhabitants do not freeze at -50 in their beds. Frostpunk is a fairly complex game, and most players will lose a settlement within just a few days of starting, as you have to keep track of a multitude of indicators, from temperatures and food supplies to people’s hope of survival.
You’ll have to solve moral dilemmas, send explorers to their deaths in the icy wasteland in the hope that they’ll find resources and survivors, quell rebellions, and try to delay the settlement’s demise from the cold.
The game is good for its atmosphere of despair, which is complemented by a great instrumental soundtrack that makes it even more depressing. The game will also appeal to fans of steampunk and Victorian-era aesthetics. 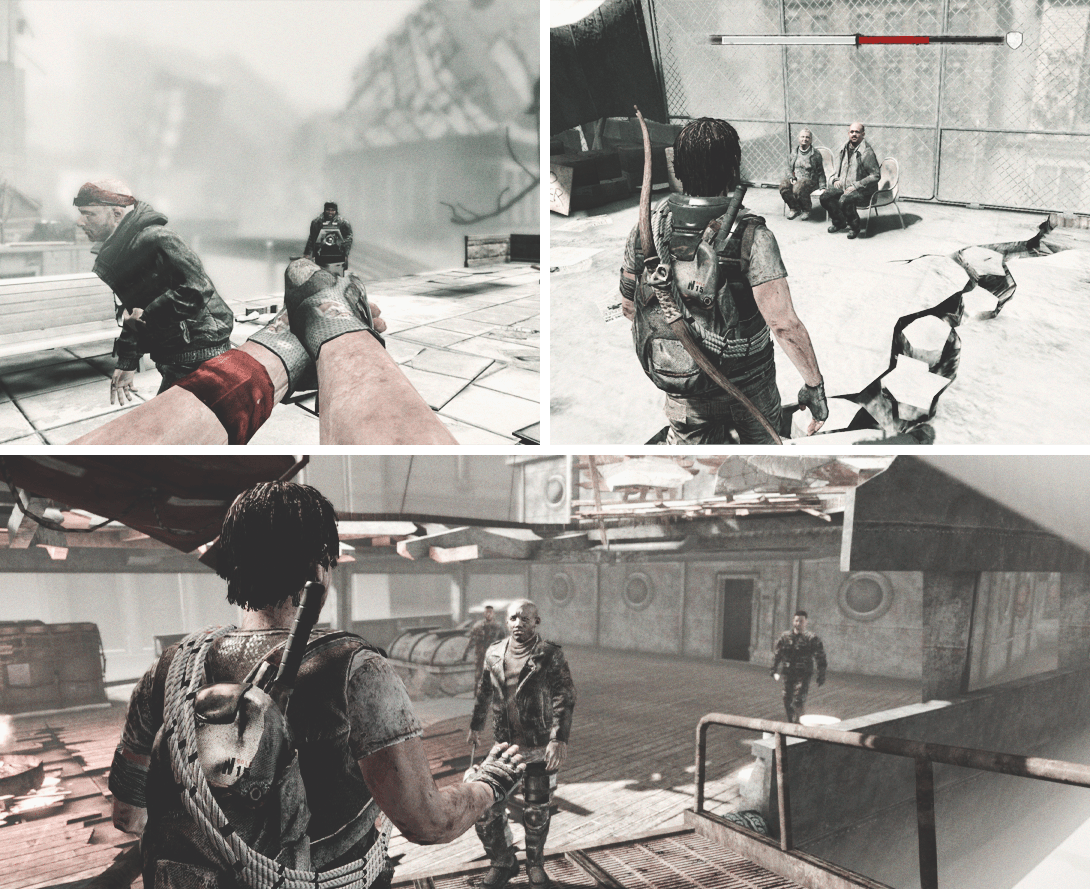 I Am Alive is a third-person action game that was released in 2012. You play as Adam Collins, who goes in search of his wife and daughter in a town that has been hit by an earthquake. Its ruins are filled with aggressive people trying to survive in an atmosphere of destruction and societal degradation.
One of the main differences of I Am Alive from other survival-adventure-adventures is very limited resources. The protagonist has a scale of not only health, but also fatigue. Every action requires strength, and if there are none left, for example, when Adam is climbing on the ledge, he will simply fall down and crash.
Also, the hero needs food and water, and you have to fight for them too, and not always with aggressive characters, which leads to moral dilemmas: stay human and die of thirst, or think first and foremost about yourself, taking the last from the survivors.