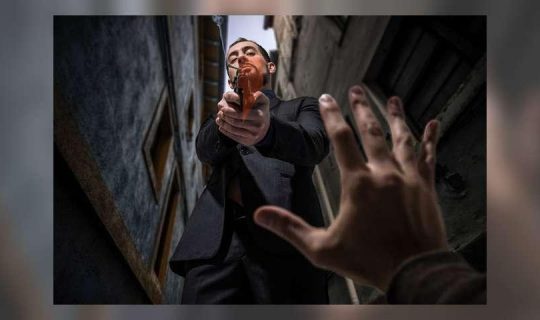 Zodiac signs ranked from least to most dangerous

All the zodiac signs are divided into four elements:

Of all the fire signs, Sagittarius is the most “criminal” zodiac sign, and they are the most difficult to arrest. Aries are usually armed to the teeth, while Leos are very dangerous personally.

When it comes to air signs, most crimes are committed by Libra, and they are usually heavily armed, dangerous, and sophisticated. On the other hand, Gemini is most often caught cheating, while Aquarians most often commit crimes out of revenge.

Of the earth signs, Taurus is the most impulsive and risky zodiac sign. Virgo is usually armed, and Capricorns are the most versatile criminals.

Surprisingly, among the water signs most criminals were Cancers—they are very cruel. Pisceans and Scorpios are irritable and short-tempered.

Bearing this in mind, which zodiac sign is the most dangerous?

Inconsistent and involved in fraud or theft. The least dangerous of all the signs of the zodiac.

Everyone knows that Gemini are outgoing and adventurous.

Believe it or not, they have a dangerous side.

If you’re a Gemini, your dangerous quality is duality. Those who are with you never know what’s going happen in a few minutes. You are extremely flexible, like Mr. Fantastic. You can easily adapt to other people and manipulate them in different ways, but you don’t tend to use your manipulative skills to anyone’s detriment, you’re just too busy living your life to the fullest.

Despite the fact that a lot of bad things can be heard about Gemini, they are the least dangerous sign of the zodiac! Geminis are rarely those who have blood on their hands, as they do not take others so seriously as to injure or kill them.

Usually, the greatest harm they can do is to crush a person with their chatter.

Manipulative and vindictive. Generally nice, Aquarius is the best when it comes to revenge: they are good manipulators. They also make good hackers.

Of course, you have all the qualities of a great manipulator. You’re an exclusively smart person, you understand people very well and can easily make others do what you want, but Aquarians are also true philanthropists who prefer to help people they control.

However, being an Aquarius, you have a potentially dangerous trait: you don’t tend to think about the long-term consequences of your actions.

Aquarians want results here and now. They can miss a lot of important factors and even if they are extremely angry, they simply cannot do much harm. Besides, they are independent, creative and fun-loving

Aquarius cares about justice and has a strong but peculiar ego that is difficult to crush. This is the second least dangerous sign of the zodiac. Perhaps this is because they are smart enough not to get caught, or they do not leave evidence after the crime.

Hot-tempered, psychotic. Leos commit crimes for the sake of fame.

Leo is the king of beasts and the underworld, too. Lions are actually big cats, and they try to avoid any trouble. According to statistics, Leos commit crimes only to attract attention. Leo is a vain zodiac sign and doesn’t mind it.

Leo is definitely one of the strongest signs of the zodiac.

If you’re a Leo, you’re probably passionate, creative and very stubborn. You love attention from others and you hate being ignored. That’s where the problems may arise.

Unlike Virgo and Capricorn, who are the epitome of hard work, Leos can take the lazier route and prefer to take the triumph and success from someone else instead of earning it with their own labor.

This trait makes Leos a little more dangerous than the zodiac signs we’ve already talked about.

And yet, we can hardly say that Leos nasty or sneaky, they just like to be at the center of attention and they are good at it.

Leos will not perform small tasks just for the sake of their own profit, but will carefully think out a plan for the best media coverage of their crimes.

A universal criminal. Capricorn is well-equipped to commit crimes of any scale.

Among all the zodiac signs, Capricorns are average in terms of criminality. Although they respect the rules and laws, they can commit either theft or murder. Their disadvantage is that they are not convinced criminals and, therefore, fail ultimately because of their unconscious Freudian desire to get caught and punished.

Capricorns are very much like Virgos: they are organized and well-behaved. They are also very hardworking. However, these qualities are expressed in a very different manner.

Of course, most Capricorns are responsible and noble and yet, on their dark side, they can be cunning and plan their attacks.

Furthermore, some Capricorns can be real daredevils in their pursuit of a goal—relentlessly cold and uncompassionate.

Nevertheless, if you’re a Capricorn, you’re the golden mean in our ranking of the most dangerous zodiac signs.

Money is everything. Libras are more interested in money and are involved in the respective type of crimes, such as bank robberies. Drugs are another area of profit for Libras.

Libras are charming. This is one of their best qualities, but it’s also a double-edged sword.

Libra may easily cozy up to another person, even if they have bad intentions. Libras are capable to gain other people’s trust and take advantage of them. Luckily, not many Libras do so, because they hate arguments and conflicts and prefer to maintain a healthy balance.

However, in everyday life, their most dangerous habit is to hold back and accumulate emotions.

One day, their feelings tucked away deep inside burst out, and Libra may say unpleasant things to people that they don’t necessarily mean.

So, it is probably better for Libras to express their real emotion rather than hiding them and slowly driving themselves crazy.

Libra is considered kind, fair, and patient. However, there were more cases of murder among Libra than among Aquarians and Leos. Libras are extremely concerned about their financial condition, so they will willingly participate in a scam to get rich. They can rob a bank or fraudulently embezzle a large amount of money. At the same time, Libra tries to stay in the shadows, act under cover, so that in case of problems with the law, they do not take the whole blow on themselves.

In fact, Libra is one of the most dangerous zodiac signs when it comes to financial crimes.

Specializes in theft. The perfectionist Virgo is a specialist in theft. They know their work well and do it with such precision that it is difficult to find a trace of their crime.

Virgos are organized, witty and very practical. Good traits, right? But some Virgos can use them unduly. Because of their intelligence and attention to detail, they are true geniuses among all the signs of the zodiac.

This means that if they’re up to something bad, they pull it off perfectly. Virgos can effortlessly and meticulously plan everything to make sure they leave no trace behind them.

However, most Virgos simply don’t have such intentions. They’re workaholics. They don’t like to get things without effort. That is why they’re more likely to succeed using their talent and determination rather than using deception and manipulation.

There are many psychopaths and very smart murderers among Virgos. However, they are more likely to commit fraud and theft than murder. Virgos carefully think through every step. Such scrupulousness makes them good thieves.

Impulsive serial killers. If you think that Pisceans are nice and harmless, you are very wrong.

Living in their dreams, they are extremely sensitive. They can lose temper at one moment. Pisces seems to be cold-blooded and not interested in crime, but they can change dramatically. Under the pressure of accumulated psychological problems, they even can become sophisticated serial killers.

Pisces are masters of mimicry.

Hates being dominated. They can become hired gunmen to succeed in life.

People born under the sign of Aries are known for their unruly nature. They can easily get angry, but they tend to cool down quickly. You should stay away from Aries when they are angry—they will soon forget about what enraged them. The problem of Aries is that they can become habitual offenders because of their temperament which makes them one of the most dangerous zodiac signs.

Extremely temperamental. They become the most brutal dictators of the world. Taureans are natural leaders—they can become obsessed with dominating the world, and nothing can stop them.

The anger of Taurus can be very intense. However, this zodiac sign is more prone to fraud or large-scale deceit rather than murder. In fact, their illusions may seem so material and convincing that other people may commit murder for their sake.

They are natural mafia bosses.

Extremely tough, great thieves, can escape from prison. They don’t shed blood until their lives are in danger, but they can be very harsh. They are known as excellent thieves and are on the list of notorious criminals who escaped from prison.

Sagittarius is one of the three most dangerous zodiac signs. They rarely commit small crimes but specialize on large-scale or even global criminal activities. Sagittarius is a generous and lucky zodiac sign who easily resorts to bribery—this is their preferred method.

Jealous, aggressive, even sadistic killers. Scorpio can be extremely dangerous.

Their sadistic nature forces them to manipulate others, and even if they don’t commit crimes on their own, they are the ones who pull the strings. Jealous and envious, Scorpio has explosive character. If something goes wrong, you can expect violence.

Even without committing a crime, Scorpios may act as instigators and masterminds.

Lack of mental stability. Mental instability pushes Cancerians to the most sophisticated crimes.

Cancer is at the top of the list of the most dangerous zodiac signs. Phlegmatic-looking and usually silent Cancers can start killing because of personal grievances, failures, jealousy, envy, or emotional instability. They kill with a special passion and leave distinctive marks on the body of the victim.

Cancer criminals are completely unpredictable in their actions which makes them the most dangerous zodiac sign.