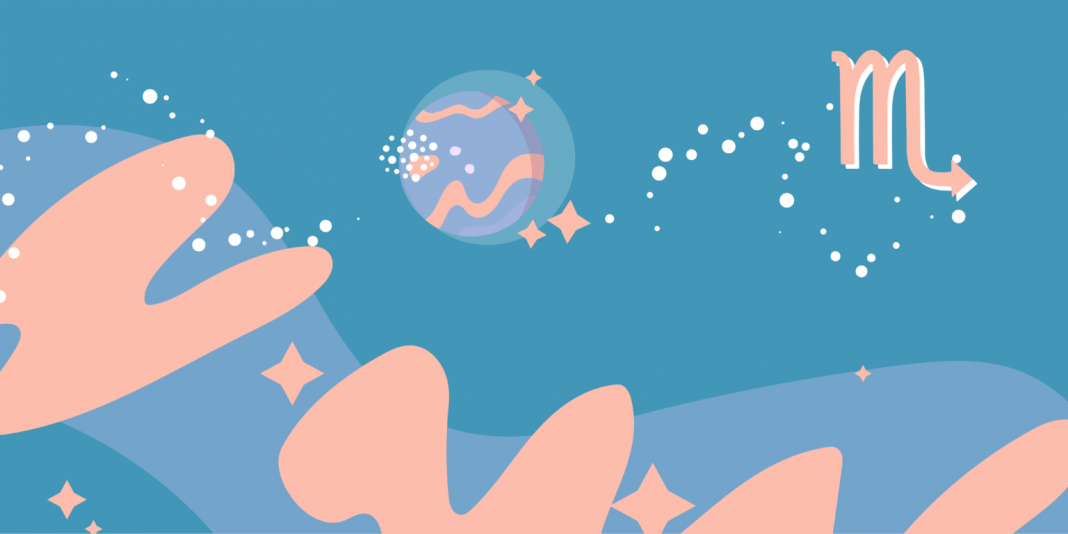 This position of Mars gives a strong desire to dominate and control, a thirst for power and sexuality. Mars is responsible for our activity and aspirations. It shows what we are ready to fight for in order to win. Mars controls our actions and where we direct our energy. At the same time, Mars shows those areas of life where we can expect to encounter other people or circumstances.

Scorpio is a sign of ruleship for Mars, which means that it is most active here. This is a very powerful position for Mars. In Scorpio, Mars demonstrates extreme power and can become an infinite source of energy. However, the manifestations of Mars in Scorpio are slightly different from its position in another sign of its ownership—Aries. In Aries, Mars mainly affects visible physical activity, while in Scorpio, it affects hidden reserves of a person. Here, Mars operates secretly, preferring to remain unnoticed. People with Mars in Scorpio try to promote their interests in secret ways.

This position of Mars in the natal chart can lead to toxic behavior. Such people need to carefully control their thoughts and actions. A conscious approach will help direct the powerful Martian energies to healthy and productive activities, eliminating obsessive behavior.

Scorpio is the natural ruler of the eighth house of death and rebirth (both symbolically and literally), as well as for sex, the occult, and other people’s money. Mars in Scorpio in the natal chart gives a person an intense, passionate character and increased sexuality.

People with Mars in Scorpio know how to get to the truth. They are natural detectives. In order to find out the truth, they are ready to break any rules and laws without hesitation. These are potentially dangerous and violent enemies that are difficult to defeat. When they engage in battle, they may disregard ethics and morals. They always have a “plan B”, they are ready for any surprises. People with Mars in Scorpio is always suspicious and wary, even in relation to the closest people.

The best way to get energized for people with Mars in Scorpio is through sex. Their mind is always sexually active, and their body follows their mind. Sex fills them with vitality, makes them feel alive.

Such people are attracted to situations that are hidden from public attention, as well as everything that is illegal and involves risk. If your Mars is in Scorpio, pay attention to your feelings of suspicion and jealousy. Learn to restrain the manifestations of these feelings, because they can pretty much ruin your relationship.

People with Mars in Scorpio consider treachery a deadly crime. They will never forgive the offender, and will definitely take revenge.

Scorpio is one of the signs associated with the occult. Mars in Scorpio can incline a person to this sphere. However, you should be careful with this topic, especially if your natal Mars in Scorpio is affected. The stressful aspects of such a Mars can lead to hasty decisions and create enemies in this area.

Since Scorpio is associated with plutonic archetypes and people endowed with power, if your Scorpio Mars is afflicted by tense aspects, you’d better not enter into confrontations with such people. At least, if it’s not really necessary. The same applies to representatives of the tax service, the police, and various secret government services.

Your natal Mars in Scorpio can help you climb the career ladder and manage people. The person with such a Mars placement enjoys giving orders and exploiting other people. Such person is a natural master of manipulation, even if they never use this skill. Often, such a person uses their sexual energy as a weapon for manipulation. Thanks to this, they can get everything they want—it is enough just to direct their sexual vibes, hypnotize the opponent, and give nothing in return in the end.

Mars in Scorpio gives a person the ability to set goals and achieve them. They are excellent tactics. When they really want something, nothing will stop them. Sometimes they may even become obsessed with the desired goal. It is the achievement of the goal that is most important for them.

Mars in Scorpio is suitable for any profession that involves risk, because such people are quite fearless. They set their own rules and adhere to them, regardless of public opinion or government.

Scorpio is a sign that tries to keep the energy inside, without showing it outside—Mars in this sign may experience problems with suppressed anger. People with this placement need to learn how to manifest it outwardly. Otherwise, it can result in psychosomatic problems. Since Mars is associated with steel and sharp objects, blocking its energy can lead to health problems that require surgery (for example, cysts).

Overall, Mars in Scorpio is so intense that it can become a double-edged knife. It gives its owner increased strength and freedom of action, but at the same time it can increase danger. Having this aspect in the natal chart, you need to build your value system in such a way that it is fair not only for you, but also for other people.

Mars in Scorpio gives activity in the sphere of life that is controlled by the sign of Scorpio in the natal chart. All energy will be tirelessly spent on overcoming any obstacles and achieving goals in this area. And, at the same time, a person will enjoy both the process itself and the result. Stressful aspects of Mars in Scorpio can bring quite a few issues related to anger and wasted effort, as well much competition.

Don’t know your Mars sign? Create your Birth Chart for free to find out your Mars placement.

Celebrities with Mars in Scorpio