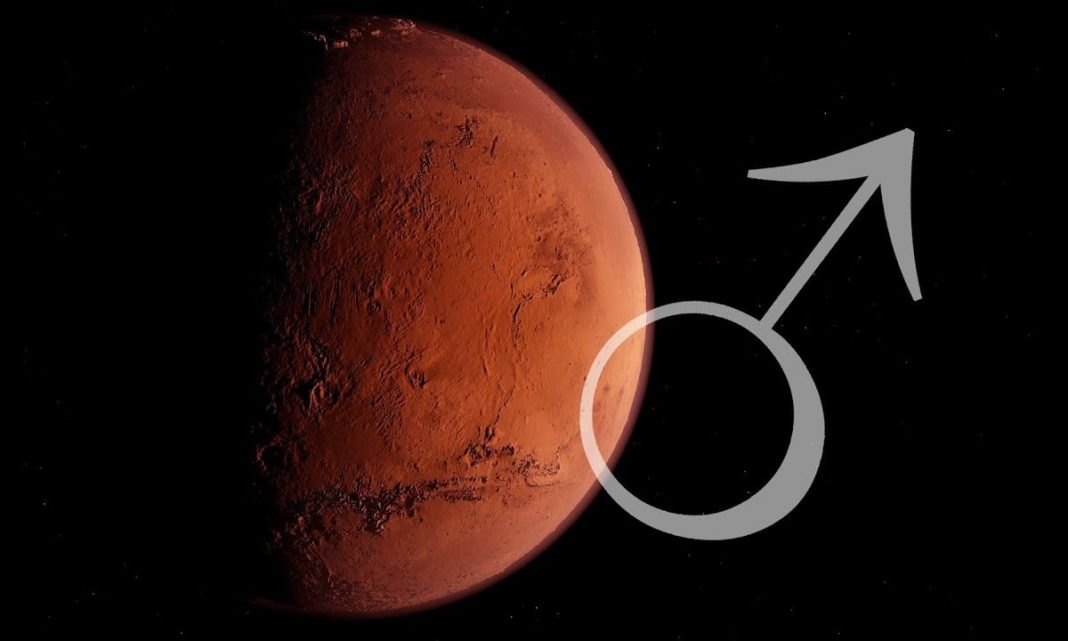 What is Mars in Astrology?

Mars is the closest planet to Earth, but Mars is smaller in size and the air temperature is lower there. It goes next to Earth and moves slower. It is the fourth largest planet in the Solar System. If you look closely, you can see a red star in the sky—this is Mars. Mars in the horoscope symbolizes activity, strength, actions, as well as manifestations of aggression, anger. The zodiac sign in which Mars is placed shows the quality of the native’s power, while the house in which it is located is the sphere of life in which a person demonstrates the greatest, even excessive activity. Mars rules troubles, conflicts, disputes, wars, dangerous situations that people create themselves.

Mars is also a symbol of fire, stabbing, cuts, injuries, and the use of physical force.

In medical astrology, Mars is responsible for the hormonal background in men, as well as for the head and face in horoscopes of both sexes.

The favorable positions of Mars are in the signs of Aries, Scorpio, Capricorn. Mars is negative in the signs of Taurus, Cancer, Libra. People with an evil Mars can be advised to neutralize its destructive energy by expressing it in a profession ruled by Mars.

In the female horoscope, Mars in positive signs gives the desire to help a man. Such women have a good influence on their partner. Mars in negative signs indicates a femme fatale—she either destroys the man herself, or she chooses “bad guys.”

Mars in the Zodiac Signs

Hyperactivity, which does not give rest to either the native or others. A person first does, then thinks. Acts spontaneously, does not have the patience to build a plan of action. Flighty character, tactlessness. Spills out negative emotions with physical actions. Excessive bravery, goes to the barricades, without thinking about the danger. In the female horoscope, it shows the ideal image of a man—active and athletic.

READ MORE ABOUT MARS IN ARIES

To neutralize the influence of the evil Mars, it is better to try martial arts. In childhood, such people take away toys from others. Outwardly, this may be quite a calm person, but it is almost impossible to stop them when they are beyond themselves. They are stubborn people who do not know how to stop halfway, and always go to the end. Women with Mars in Taurus are attracted to handsome, calm-minded men.

READ MORE ABOUT MARS IN TAURUS

Sharp-tongued, likes to say unpleasant things to others. Tendency to sarcasm and criticism. They do not accept someone else’s point of view—they will argue to the last. Unhappy love life can turn them into complete cynics. In verbal skirmishes, they always come out the winner. Can dissipate energy, demonstrate lack of concentration. Sociable, intelligent, interesting people.

READ MORE ABOUT MARS IN GEMINI

Constantly dissatisfied with something, their quibbles can make their loved ones mad. They are quick-tempered and vindictive. Their outbursts of anger can occur spontaneously. In their family, they have an unquestionable authority, even may become domestic tyrants. Women with Mars in Cancer like stay-at-home people, rather than party-goers. The man with Mars in Cancer should be engaged in the household.

READ MORE ABOUT MARS IN CANCER

Activity driven by vanity. Passionate desire for power and authority. Comments and criticism in their address are perceived extremely painfully. They remember insults for a long time. They are unable to admit defeat and mistakes.

READ MORE ABOUT MARS IN LEO

All the actions of such people are ordered and guided by reason. In any case, pay close attention to detail. They do not like it when they violate the order and sincerely rebel against violators. Boredom, the desire to control and check everything that happens around. Perfectionists. In everything, they strive for the ideal, criticize everything.

READ MORE ABOUT MARS IN VIRGO

They think for a long time before they do something. It is difficult to decide on a serious step. For justice, such people are ready to use all their oratory and aggression. Women with Mars in Libra prefer men who are beautiful, popular in women’s society.

READ MORE ABOUT MARS IN LIBRA

Such people act secretly, having planned everything in advance. If something goes wrong, they can stay in a state of anger for a long time, without outwardly showing it. Active and purposeful. Women with Mars in Scorpio love strong men who are ready to protect them.

READ MORE ABOUT MARS IN SCORPIO

For the sake of an idea, such people are ready to move mountains. In addition, they spend a lot of effort to defend freedom of an individual—their own and others. Adventurers and gamblers. When their ideas are not accepted by others, they become very angry.

READ MORE ABOUT MARS IN SAGITTARIUS

Great workaholics. For the sake of a career, they are ready to burn at work. All actions are premeditated. They are able to keep emotions under control, strong in spirit and body. Aggression manifests itself only as a defense. Purposeful and patient. For women with such a Mars, the ideal type of man is a white collar, formal, in a strict suit, serious.

READ MORE ABOUT MARS IN CAPRICORN

They want to try everything in life, love novelty, unusual sensations. A born inventor. Even in everyday life, they try to do everything in a new way every time. They believe that everyone has the right to personal freedom. Women with such a Mars want to see an independent man next to them, or an informal one, not like everyone else.

READ MORE ABOUT MARS IN AQUARIUS

These people tend to accumulate resentment. The activity of a person depends on the mood, inspiration. There is a lack of thought out actions, no specific goal. People with this Mars placement are scattered between several goals, eventually not achieving any results. Women with Mars in Pisces love men who are modest, silent, and shy.

READ MORE ABOUT MARS IN PISCES