How to Detect a Liar 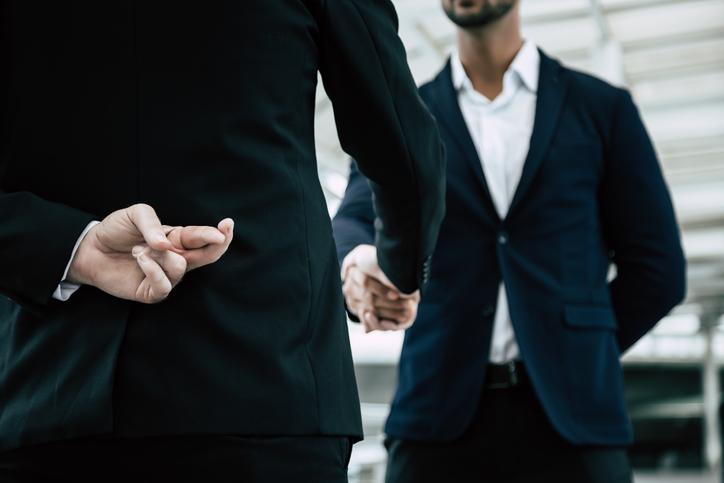 How many times have you doubted that someone was telling truth to you? Knowing if your conversation partner is sincere can be very useful in various life situations, especially when it comes to making decisions. Or to see if the person we are going to choose as a collaborator, employee or nanny is telling us the truth about him/herself. It is very important to know if a partner, a friend or a co-worker is sincere or lying. In this article, we suggest 6 guidelines on how to detect a liar. We will see why people lie, what are pathological liars and the attitudes of a liar.

Understanding why we lie

We all tell lies from time to time, and for various reasons; including to avoid hurting someone’s feelings or to try to get out of an embarrassing situation. Knowing what the motivations are for the different types of lies helps us figure out when a person is lying.

First and foremost, we must be careful not to confuse lies told in certain circumstances when they are necessary with lies told in all situations, even when they really serve no purpose.

One of the causes may be mythomania, the tendency to tell lies systematically and pathologically, but not all those who betray are pathological liars, otherwise the world would be full of sick people. The variety of lies and types of lies is very wide, but let’s look at some examples of possible motivations. If you’re wondering “why is he/she lying to me?”, here are the most likely answers:

The traces of lie are reflected on the face. The proof that a feeling expressed by the face is really authentic can also be had by evaluating the coherence between all the signs of facial expression (eyes, nose, mouth, etc.) and the coherence with the involuntary gestures made by other parts of the body (hands, arms and legs) to check whether they are congruent with each other or not. The most sincere gestures are those that cannot be controlled and are made inadvertently. Some examples are:

Be aware of the typical phrases of lies

Lying communication is recognizable. Indeed, the liar is laconic, reticent; their statements are often lapidary and schematic, but excessively peremptory. The sentences are most of the time trunks with rising and falling tones. The liar assumes clear and precise positions, punctuates with energy, so that the language and tone of voice reinforce the weakness of what he/she asserts. The most typical phrases of liars are:

Professor Edward Geiselman based his career on studying these lying behaviors, suggesting some techniques to unmask them that go beyond observing their behavior during an interrogation. Let’s look at the questions to catch a liar:

To lie means to alter the truth, to affirm what is false with full awareness and with the intention to deceive. Lying is a behavior that everyone may practice from time to time for different reasons, but sometimes lying can also indicate a pathology. People who lie pathologically recognize themselves in the intimate, in the real. But they lose their identity in the virtual world, for example, when exchanging messages (chat or sms).

They are people who lie about everything, not only about things related to relationships: they lie about things about their family, they invent serious illnesses or deaths of relatives, stories of actions they have performed that are worthy of great praise, other identities, other marital statuses, etc. A pathological liar is manipulative, egocentric, narcissistic and not at all empathetic with respect to the psychological dimension of other people; he/she is a scriptwriter of stories in the confines of reality.

Can a liar change? Like any other behavior that offers comfort and escape from stress, lying can create addiction (as much as drugs, alcohol, etc.) and is therefore a difficult behavior to eradicate.