From Epidemic to Pandemic: 5 Cases of Mass Extinction 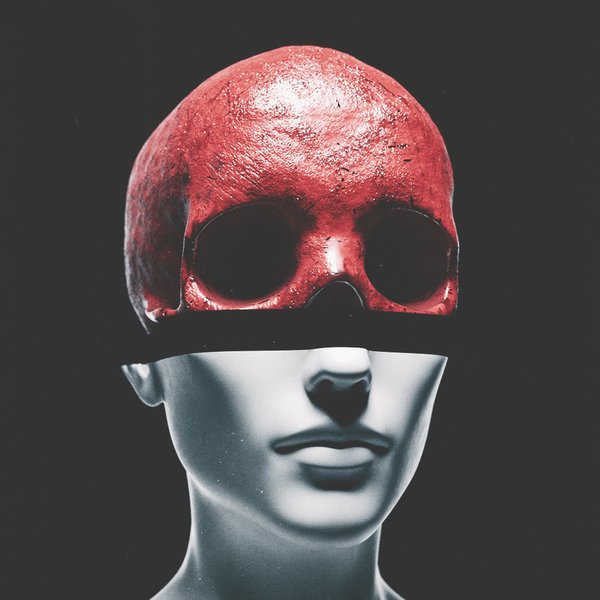 An epidemic is when an infectious disease spreads territorially and over time. Some epidemics can last for centuries, literally taking over large areas. A pandemic is an extremely severe outbreak of an epidemic when it infects the population of a region almost entirely and may even extend beyond its borders. Like the Chinese coronavirus, which infected 624 people and has already killed 17 of them. So far, the virus has killed about one in 30 people – if it is not stopped, if it is transmitted to all, there will be 30-40 million fewer Chinese people. It is unlikely to reach such a scale, but in general, history knows enough examples of mass extinction of people. 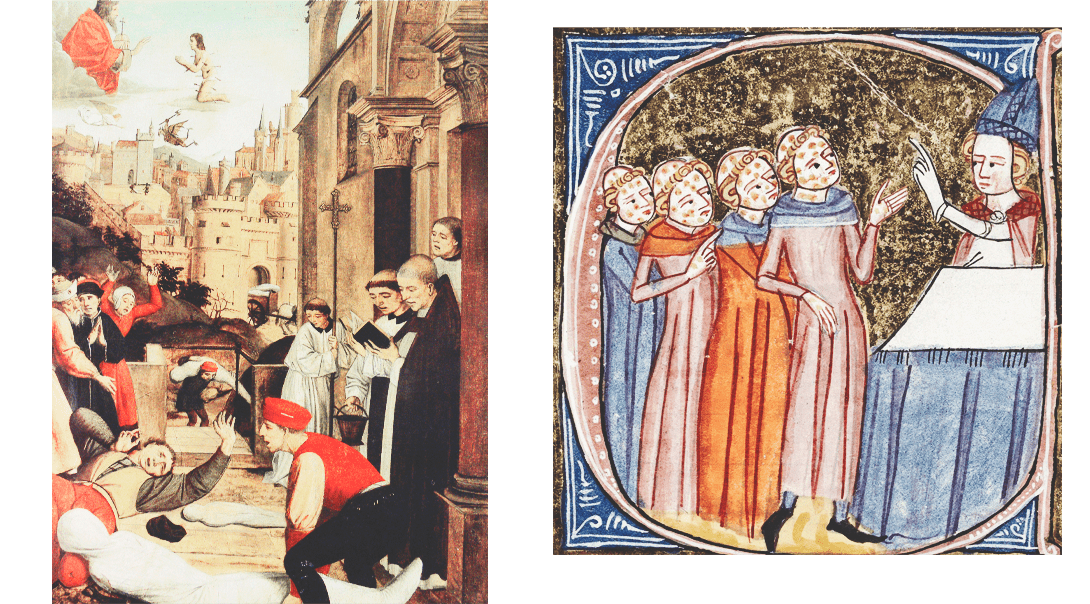 The first plague pandemic known to mankind began under Emperor Justinian I in 541. It lasted for two centuries and during that time it took the lives of about a hundred million people. If we take into account that the entire population of mankind was 400-500 million, the figure turns out to be even more impressive.
We know from the chronicles that Egypt was the source. From there, along the trade routes through the Mediterranean, the plague reached Constantinople. From the commercial center – the capital – the plague began to spread throughout the territory of Byzantium and soon went beyond its borders, eventually passing all over Europe, reaching South Asia and Arabia. In many respects it was the plague that predetermined the defeat of Byzantium and, in fact, the decline of the Renaissance.
The plague reached the pandemic level by 544 and up to 5 thousand people died daily in Constantinople alone. Byzantine historian Procopius of Caesarea wrote:
From the plague there was no escape for man wherever he lived, neither on an island, nor in a cave, nor on the top of a mountain. Many houses were deserted, and it happened that many of the dead, for want of relatives or servants, lay unburnt for several days. At this time, few people could be found at work. Most of the people one would meet on the street were those who carried the corpses. All commerce was at a standstill, all artisans abandoned their craft.
Nearly 70% of the population of Constantinople was extinct. Imagine living in a city where this happens. Every day you see the bodies of the dead being wheeled through the main streets. There are literally thousands of them a day. There are funerals going on all the time and everywhere, and periodically someone from the neighborhood is taken out. Soon they’ll come for you, too.

The Black Death, or black pestilence, is the second plague pandemic in history. It began in 1346, and its individual outbreaks lasted until the 19th century. The Black Death left its mark on the history of Europe, affecting the psychology, culture and even the genetic makeup of the population. Having appeared on the coast of the Caspian Sea, the plague spread throughout Eurasia and North Africa.
The plague became so widespread because of the ineffectiveness of medieval medicine. Religious institutions, fighting the plague, only contributed to its spread. Superstition, pagan cults of sacrifice, and the church itself engaged in persecution were revived. There was an outbreak of religious fanaticism that led to a witch hunt. As a result, Europe’s population was quickly halved again.
Speaking of witches: you can watch the 2011 movie “Time of the Witches” – it’s probably the last proper Nicolas Cage movie. The events unfold during this very period. Despite the average budget, the picture looks atmospheric, and the cast as a whole is not bad. 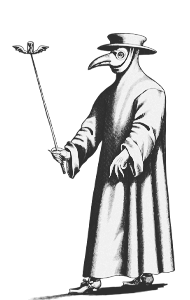 Devastating outbreaks of cholera occur periodically in our history. This disease has been known about since at least the second century. It is also known that the source is always the valley of the Ganges, the main river of India. Humans in general are such creatures that when they get together, they are bound to get sick with something completely hellish. In the case of the Ganges, there is also the deliberate pollution of the Ganges.
The Ganges is one of the dirtiest rivers in the world, which is not surprising. Even today, in the twenty-first century, there is a sacred city of Varanasi in India. To send the deceased off in the most comfortable way, his body must be brought to the embankment, cremated, and his ashes let down the river. Poor people don’t have enough money for a proper cremation, and end up with half-burnt, decomposing bodies floating down the river. You can see for yourself how the preparations go.

The first real cholera pandemic occurred in 1817-it struck every country in Asia without exception. The number of victims is unknown, because who there will count the Hindus or Chinese, but definitely millions of people. This time Europe was not reached thanks to the abnormally cold winter, which stopped many trade routes. But the next outbreak has already penetrated not only into Europe, but even into the U.S., a continent on the other side of the world.
In Russia, the peak of the epidemic was in the 1830s – we already had many anti-vaccinationists. People in the villages mistook units disinfecting wells with bleach for poisoners. Many disinfectors ended up on pitchforks, and sometimes it came to real cholera riots.

The Spanish flu was the most massive flu epidemic in the history of mankind. In 1918-1919, about 550 million people worldwide were infected with the Spanish flu, almost one-third of the total population. Of these, about one in seven died. Thus, the Spanish flu wiped out 5 percent of the human population and became one of the biggest catastrophes in the history of mankind.
The epidemic began somewhere in the trenches in the last months of World War I. The hardships of war are first of all unsanitary conditions, overcrowding in military and refugee camps, and poor nutrition. As if the horrors of the war itself were not enough – here also came the disease. The number of victims quickly exceeded the number of victims of the war itself. The scale of the pandemic was such that, in some cities, the body count was once again in the thousands a day. In Cape Town, a train driver reported the deaths of six passengers in a stretch of only five kilometers. In Australia, a doctor counted 26 funeral processions in one hour on the street alone.
Spanish is so named for the place of maximum outbreak, Spain. 40% of the country’s population was infected, including King Alfonso XIII, who, however, survived. As a result of technological progress, trains, steamboats and airships appeared. People are much more mobile than before, and the only inhabited place left in the entire world untouched by the Spanish war is the island of Marajo at the mouth of the Amazon. Now you know where to go in the event of a zombie apocalypse. 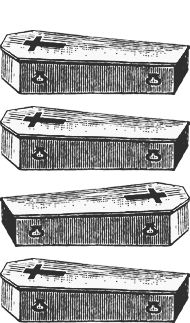 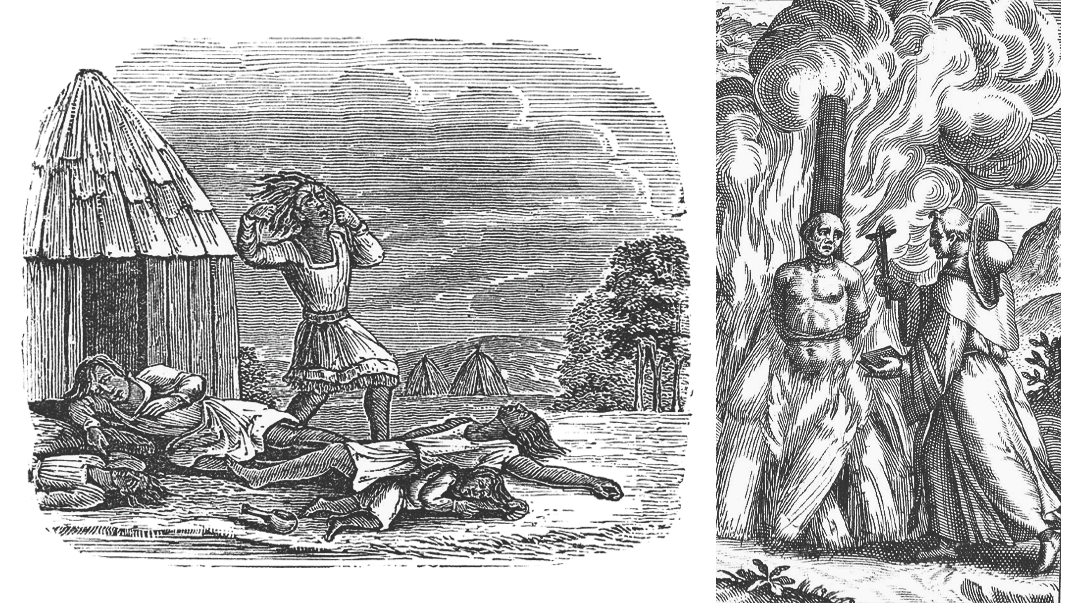 Only a few hundred conquistadors destroyed an entire Aztec empire and conquered all of Mesoamerica. On the one hand, it seems to be true, but on the other hand, it is not quite so. The fact is that about 70-80% of the population of all Central America died not from Spanish rifles and swords, but from European diseases that came with the Spaniards.

Europe, experiencing numerous epidemics and pandemics, gradually developed immunity. By the sixteenth century, Europeans had experienced several types of plague, leprosy, typhus, etc. Each time, these pandemics wiped out almost half the population. Now imagine if all these things came to the Indians together all at once. Naturally, the mortality rate was close to 100 percent, wiping out entire towns.