Everything You Need to Know about Geopolitics 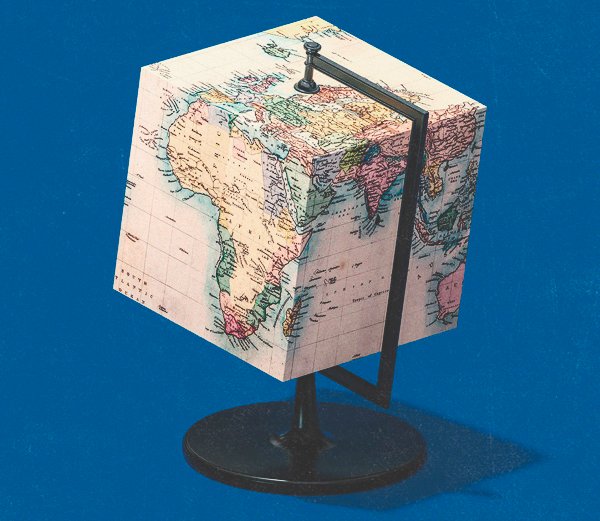 The world has never seen so many geopoliticians: in any city, in any neighborhood, and even in any house, there are several experts on all issues. Geopolitics is a book of history that is being written before everyone’s eyes. It is interesting, intriguing in its incompleteness. The announced “end of time” after the end of the Cold War did not happen: the book of history will end only when everyone dies.

1. The cause of everything 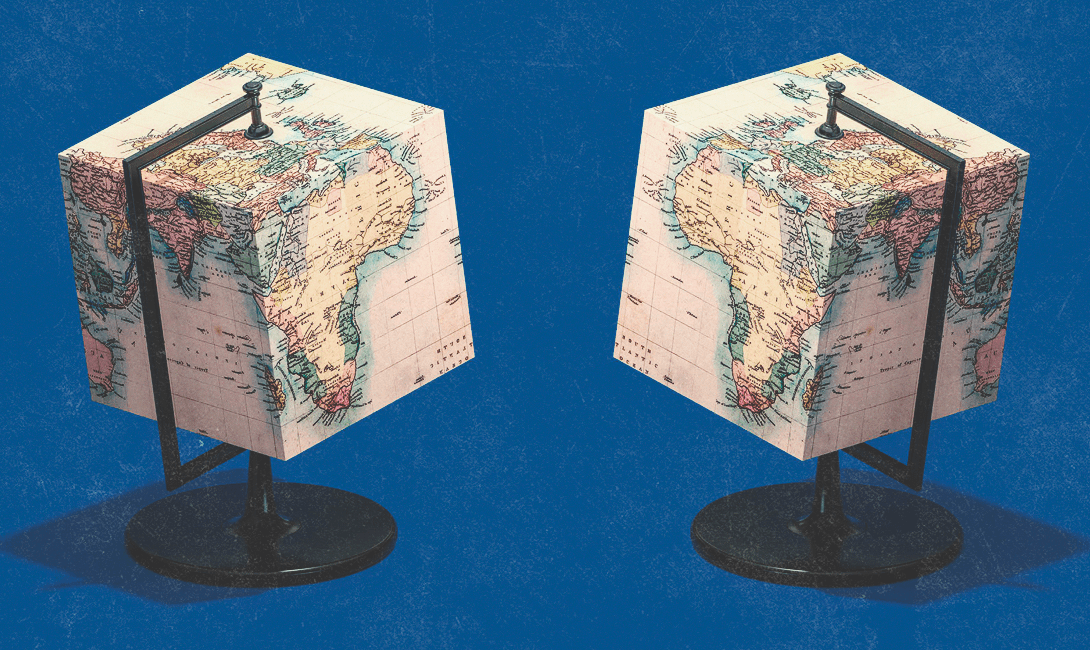 The main problem with most experts and political scientists is that they simplify the picture to the level of their own understanding, and it is good if they are really an expert on a particular region or country. As a rule, there are experts on all issues on TV screens or on Youtube channels who know nothing about everything. Their level of understanding requires a search for the true cause of what is going on. Except this is the problem: a major event, be it a war, a revolution or an economic crisis, always has many causes.
If there is only one cause of disagreement, there will always be a solution, some kind of compromise. Wars occur if there are too many problems and if the interests of a large number of sources of tension must be taken into account in order to solve them. This was the case, for example, in World War I—the main reason is that it could not be avoided. Humanity wanted war and welcomed it with enthusiasm because it was better to have a terrible end than a horror without an end – too many problems and mutual claims had accumulated. There is probably not a single person who considers the assassination of Franz Ferdinand the real or at least the most important cause of the war. Moreover, it is not even a starting point—it all began much earlier.

In geopolitics, there are no many familiar concepts and categories; one cannot ascribe individual characteristics to countries or nations. There are no good or bad countries, there are no friends, and the enemies are only temporary – and not the countries themselves, but quite specific groups of individuals. A country and a people cannot be good or evil-it is not a single organism. Using simple categories, it always turns out that “they” have a bloody tyrant, “we” a wise leader, “they” cruel invaders, “we” glorious heroes, “they” backward savages, and “we” a people filled with nobility. More concrete and down-to-earth examples can be found: one does not call one’s own spy a spy, and vice versa, only a spy can be an enemy spy, but never a spy.

All kinds of conspiracy theories about some secret world government arise on the basis of simplification and operation of non-existent categories. Meanwhile, each war demonstrates the opposite and confirms that there is no single government and can not exist. How can you even imagine it? At what expense will some group of people impose their will on, say, China and the United States, Russia and the European Union at the same time? And who and what can impose what on North Korea? These guys will eat grass and bark, but they will never give up nuclear weapons and in case of something they will definitely strike, even if they have to pay for it with millions of lives of their citizens.
Assuming that a “world government” exists, why can’t there be a few more groups of equal influence? After all, one way or another, all these powerful groups and even individuals are first and foremost part of their national elite and then the world elite. No matter how one thinks about it, a one-world government simply cannot exist until there is a one-world state encompassing the entire earth. 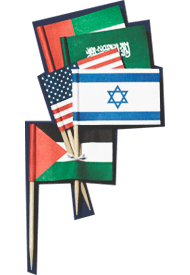 All predictions are always inaccurate, and in most cases, they are just pointing fingers in the sky. When such a random poke hits the target, the expert is exalted to the heavens, but what is the overall percentage of his predictions coming true? If you make a prediction every day for years, most likely something will come true. Probability theory. You, too, can become such an expert, so here’s a tip: tear off a map of the world, and see the straight lines between countries? There are especially a lot of them in Africa. Every straight border is like a knife through the living, dividing peoples and the historical affiliation of territories. Such a border indicates an unnatural course of events, for there are no straight lines in nature. A straight border is a time bomb, and one day it is bound to explode. It is not known when and what will be the occasion, but if every day to talk about all the countries with such borders, predicting them war and revolutions, sooner or later you are bound to guess. 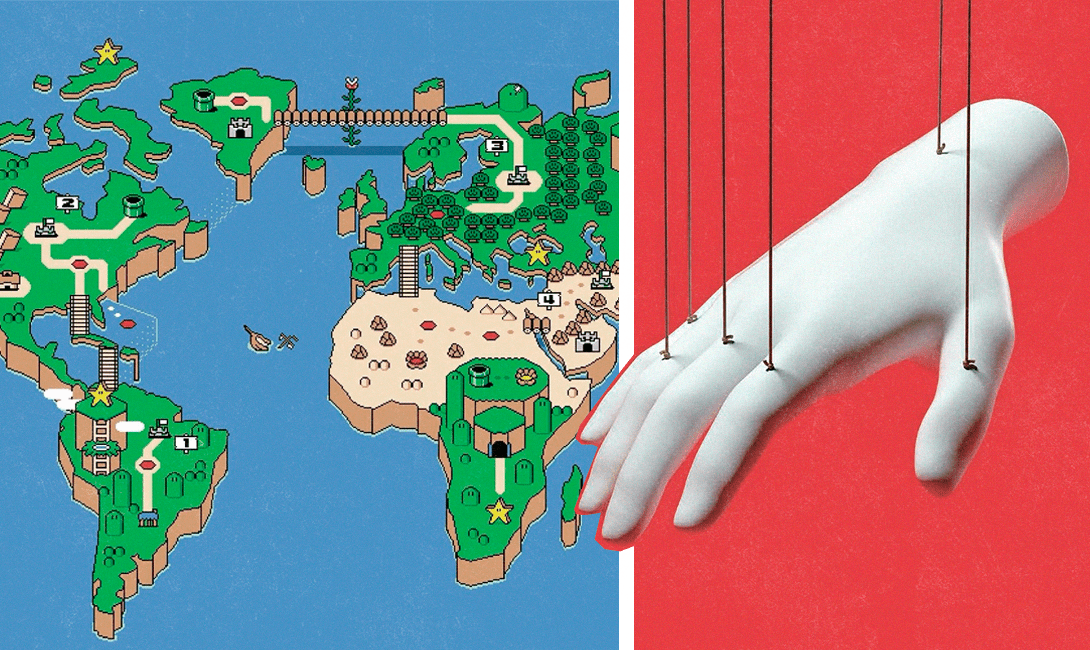 The overall picture of the world, like all other points, is usually simplified. According to the average expert, the world consists of Russia, the United States, China and the EU. All other countries are labeled as controlled puppets and are not taken seriously. In reality, the picture is so complex that hardly anyone is able to see the whole picture. For example, even in the European Union there are several centers of power that compete with each other. And what about the “Muslim world”: a billion people simply fall out of this picture, while the “Muslim world” has nuclear weapons and enormous reserves of oil and gas. At the same time, it is not monolithic: as in the EU, it has a separate “Arab world,” which, in turn, has separate “Shiite and Sunni worlds. But this is complicated – so it is either completely ignored or labeled a puppet.

In fact, it is difficult to name a few absolutely puppet states (except for the unrecognized entities). There is the British Commonwealth. Its member countries officially recognize the supremacy of the British Crown, but is Canada or Australia dependent on Britain? It doesn’t seem so. Another question: the degree of dependence on one circumstance or another – in this respect, on the contrary, no country is completely free. Some cannot stop selling, some cannot stop buying, some cannot close military bases, others cannot stop opening new ones. All countries have interdependencies, the world has long been global.