Cheers to Science: 5 Studies That Open Our Eyes to Alcohol 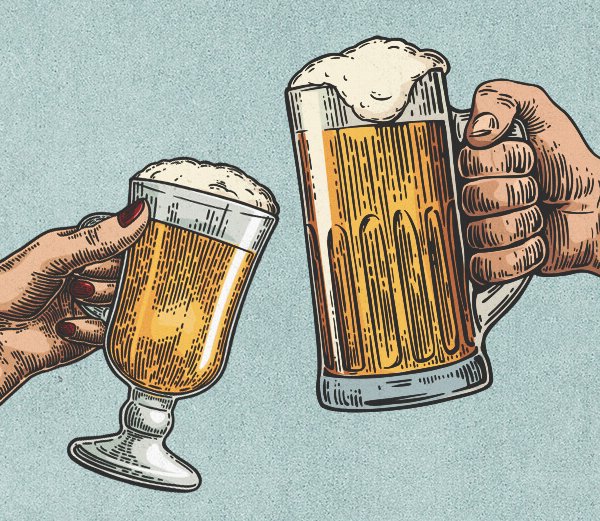 This article is sponsored by Dionysus. But that does not mean that immediately after reading it you should go and get drunk out of your mind. Alcohol is good in moderation, even if it’s different for everyone. After all, who are you not to drink?
What’s written here is not a figment of our imagination, but the results of research. Treat them however you want, but they do reveal some facets of intoxication. Drinking enthusiasts will enjoy it, and the inquisitive will find it interesting. 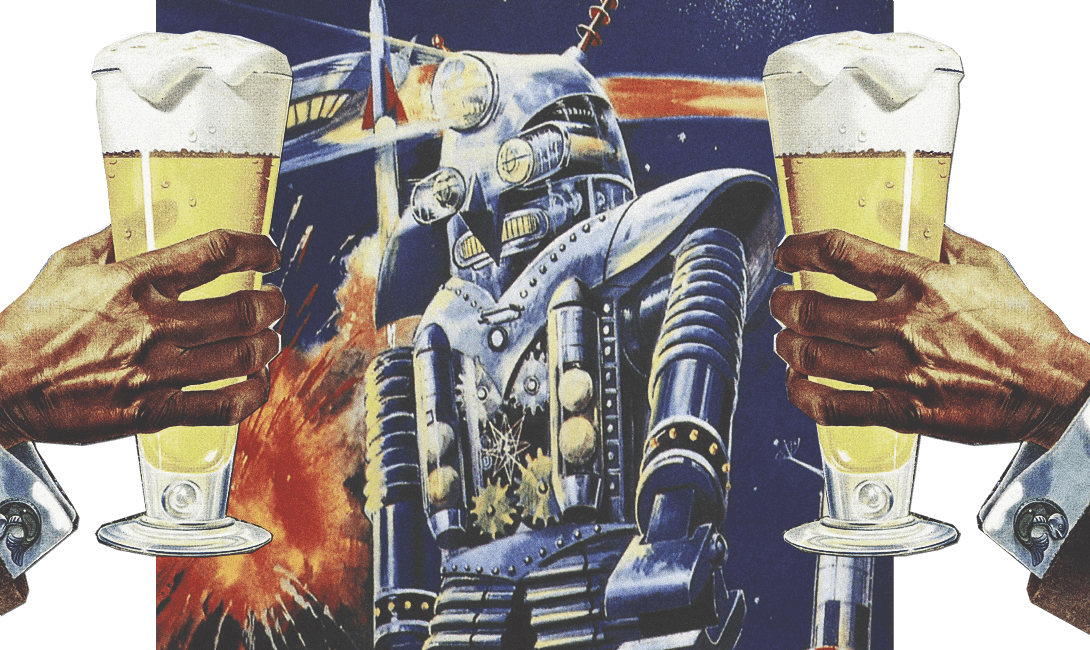 For years, we have piously believed that the more beer we consume on earth, the closer we are to meeting a heavenly brewer. This arrangement even convinced some beer drinkers to betray the idea of being with liquid gold in both sorrow and joy, to focus on another form of stress relief. As it turns out, the guys were in a hurry.
At a recent meeting of the American Association for the Advancement of Science, a study was presented stating that drinking alcohol can increase life expectancy. According to Claudia Kavas, a neurologist at the University of California, Irvine, drinking two beers a day reduces the risk of premature death by 18 percent. The same reduction is seen when beer is replaced with wine.

For the past 15 years, Kavas and her team have been studying the habits of people who have crossed the 90-year mark. The study involved 1,700 people, over whom doctors and biologists leaned like kites. They monitored everything: the daily activities of the venerable gentlemen, their diet, and their general state of health. It turned out that most long-livers share one pleasant feature – they love beer and actively practice drinking it. So let’s fill up our glasses and drink to a long, happy life!

“I have no explanation,” Claudia said, “but I firmly believe that the modest consumption of alcohol improves longevity. It’s nice to hear such things from educated people, and even in reference to beer. This news should be included in the list of nice things, right below the news that humanity will be able to brew beer when Mars is colonized. But remember, there’s a big difference between a harmless glass and a multi-liter beer downpour that turns you into a hollowed-out, unthinking pig-sucker.

2. Wine will save your mouth

When you get home from work today, make sure you have a glass or five of wine. Not for the sake of drunkenness, but solely to protect your teeth.
A new study published in the Journal of Agricultural and Food Chemistry says that drinking wine actually sets up a genocide of bacteria that causes oral problems and gum disease. The antioxidant polyphenol in the drink has been proven to actually prevent periodontal disease and many other oral troubles. This is very important because these bacteria can cause more than mayhem in the mouth, inflamed gums and stomatitis. Once in the bloodstream, they can provoke heart disease and even cancer.
The biologists behind the study believe that the market will soon be flooded with toothpastes and mouthwash liquids with a tartness and taste. Who hasn’t wanted to get drunk on toothpaste? Dreams come true, folks.
The research was conducted in a laboratory setting. Scientists modeled human gum tissue and then exposed it to chemicals in the same concentration as red wine. Scientists identified two polyphenols that worked best: they were caffeic acid and a type of coumaric acid. 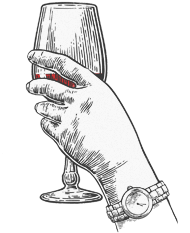 This does not mean that you can drink red wine instead of getting cavities at the dentist. But it is likely that the properties of the chemical compounds in this type of alcohol will be useful in developing new ways to treat dental and gum disease.

3. Gin makes everything sexier all around

Good news for all gin lovers: according to good old science, people who drink juniper ambrosia are sexy as hell. And science doesn’t lie, does it?
According to a new study published by the medical journal BMJ Open, different types of alcohol have different effects on a person’s emotions and behavior. Yes, we already knew that, but the study, which surveyed 30,000 people between the ages of 18 and 34 from 21 countries, found that gin drinkers weren’t just aggressive, they turned out to be sexy.
The study was based on the trivial association of drinks with anything in drinkers and not-so-drinkers. For example, 59% of respondents associated beer and gin with feelings of energy and confidence, while 42.5% associated them with feelings of sexuality. Wine, on the other hand, was associated by many with feelings of fatigue and relaxation. So next time choose the sexy drink of drunken English sailors instead of the commonplace whiskey and coke and bohemian wine.

4. The reasons for the drunken brawl are finally known 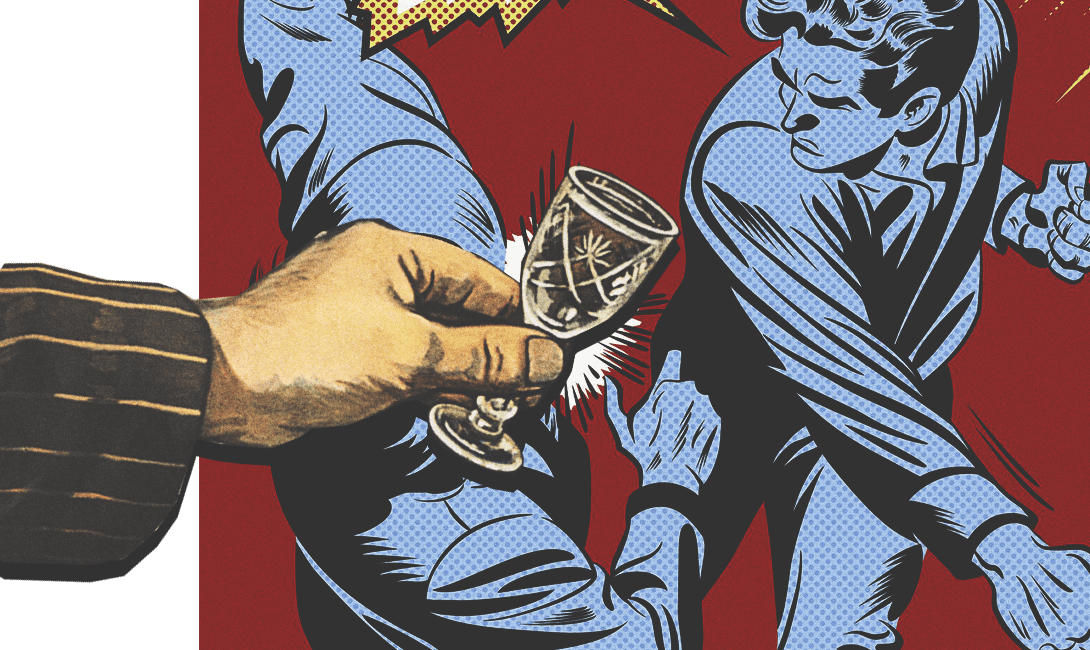 A drunken brawl is not just a ridiculous accident, but the pattern of any drinking spree. In a bar, in a communal apartment, or on the street, a drunken brawl doesn’t matter where or why. It seems like fun, but only until the drunken jerk clings to you. Thank goodness scientists have found areas in the human brain that are responsible for aggression in drunk people.
The experiment, which was conducted by a team of specialists from Australia and Germany, was that the subjects were sat down to play a computer game, pre-drinking them alcohol. On the screen appeared a colorful figure, and the player had to have time to click on it. If unsuccessful, an annoying sound was heard in the room, and its volume was adjusted by the opponents. In addition, you could always see what level of noise your opponent had set you. This fact in itself is an impeccable argument for a fight.
By the way, not all of the volunteers were drunk. Twenty-three of them drank vodka and tonic, and the remaining 27 were lapping up placebos. Sensors installed on the players’ heads were supposed to determine the brain zones activated in the drunks in a fit of hatred after another failure.

The experiment showed that aggression is directly related to disturbances in the prefrontal cortex, which is responsible for self-control and action planning. In drunk participants this zone was less active than in sober participants. In addition, the noise signals distracted the brain from the “prohibition” signals of aggressive behavior. So it is not so much alcohol that provokes bar fights, but rather the sounds of wildlife (what else should we call drunken visitors, except animals?).

Now it remains to be hoped that scientists will be able to create a way to limit the effects of alcohol on certain parts of the brain, binge drinking will become benign and peaceful.

5. The optimal dose of alcohol for a better dance

There is an opinion that a drunk person dances better. However, it is not said exactly how much to drink in order to dance like Baryshnikov, and not to fall without feeling.
The Times” edition conducted an experiment that answered all the questions of fans dancing in the arms of a bottle. For this they organized a party, gathered in a club of 55 subjects, who for the sake of free alcohol and science were ready to dance until their feet are wiped in the blood. The study took place in several stages: first they were made to dance sober, then tipsy, and then in an inhuman state of drunkenness. After all, it is possible to get drunk in the name of science. In order to set the desired rhythm, a dance game was used on the Xbox.
On average, the subjects scored 4,400 points when they were sober. With each serving of wine, they began to score more and more points. And then, of course, the scores began to plummet, and instead of graceful dancers, there were just bodies on the dance floor. Those who drank more than a bottle began to lose skills and dropped to 4,000 points. 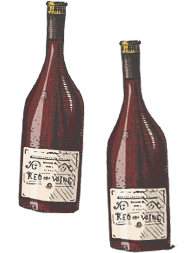 It turns out that the ideal amount to drink for a dancer is a bottle of wine. Only to drink gradually, and not in a gulp from the throat, so that drunken streams flowed down his cheeks. Probably it is not necessary to explain why a drunk dancer dances so briskly? Alcohol relaxes people and relieves social anxiety. That’s why you can’t go to a party without wine or beer.
True, the experiment is not without flaws. First, it is not known how well the subjects danced before the experiment. Secondly, no one recorded the degree of intoxication of the participants. Nevertheless, the experience confirms that alcohol really affects pas and fouettés. In any case, the alcoholic himself sincerely believes that he danced like God.