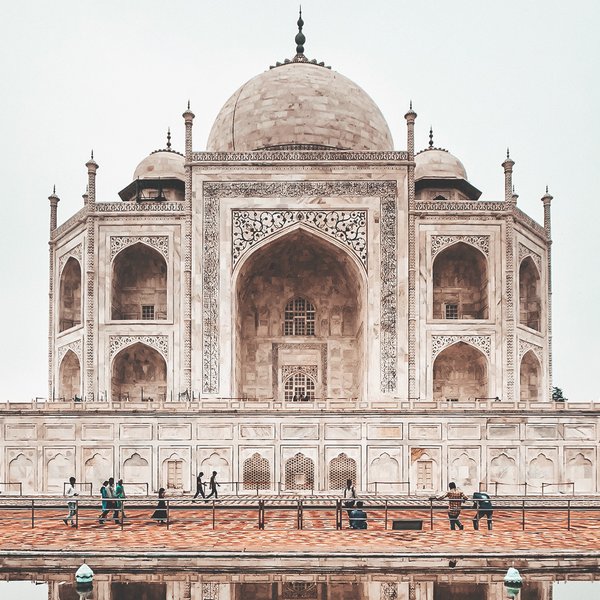 Perhaps the term “golden billion” has become somewhat obsolete, and it is time to talk about one and a half golden billions, because the number of people on the planet has grown tremendously. However, this does not change the essence: a large part of the population still lacks access to the most basic things like drinking water, electricity, and education.

About one in ten people in the world periodically go hungry; the same number cannot read or write. About a third of the population lives on a couple of dollars a day, and some of them see no money at all, working literally for food.

Social stratification and poverty is a global problem of humanity that will never resolve itself. It may not seem to concern you specifically, since you are not a beggar and you may not even consider yourself socially marginalized. But this hopelessness of poverty is the cause of a huge number of crimes. Poverty leads to entire disadvantaged neighborhoods in cities and even disadvantaged countries in the world. 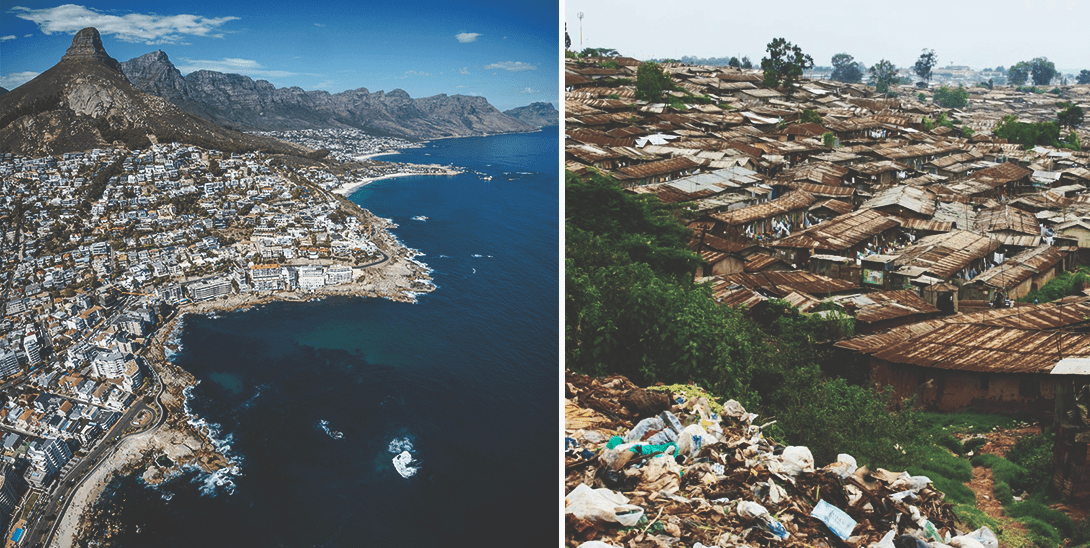 The Republic of South Africa is the only country on the Black Continent that is a member of the G20 and, accordingly, the undisputed economic leader of the whole of Africa. South Africa is also the only country in the world to have developed and abandoned nuclear weapons on its own, but that is a thing of the past. At that time, the country was subject to strict racial segregation: Europeans and locals settled separately and had little interaction in everyday life. Large areas were set aside for locals to live in, their own passport system was in place, and without a pass (essentially an internal visa) a black person could not legally enter a “white town.
Later these reservations, or bantustans, were removed from South Africa altogether, thereby isolating a large part of the local population. Naturally, the least suitable lands for farming were set aside for reservations. Some reservations were a little luckier and opened up gambling and tourist areas with topless shows that were banned in the “white” part of the country.
Other Bantustans lived off subsidies from the capital, Pretoria. In some cases the subsidies amounted to 80-85% of the entire budget of the reservation. After the fall of apartheid, the Bantustans were returned to the country and the permit system was abolished. As a result, a huge mass of poor, illiterate and embittered people poured into South Africa’s glittering megacities. 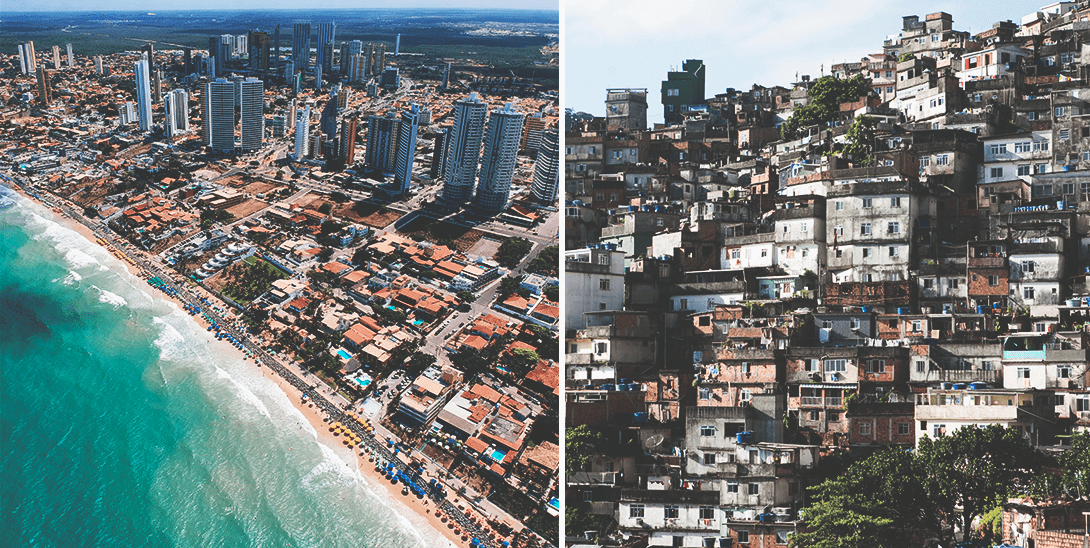 Brazil has many faces. For the many tourists – a festive face with stunning resorts, carnivals and many attractions. For the local population – a simpler face: everyday life, in which about half of the country is in poverty, and expensive villas with prestigious offices in high-rises adjacent to huge ghettos, where even the police prefer not to poke their noses into.
There is also a third face, the primitive face, deep in the countryside and even beyond. Brazil is still home to several non-contact tribes and dozens of peoples who are willing to make contact but prefer a traditional way of life.
Brazilian ghettos are called favelas and are usually located on the slopes of mountains. In fact, the name “favela” itself comes from one of these hills, Morro da Favela. Today the term is used to refer to a process of false urbanization, where on paper the percentage of the urban population grows, but in reality these people remain cut off from the benefits of civilization and often from legal economic activity.
Today about 6% of Brazil’s population lives in the favelas – if the percentage is converted into living people, we are talking about more than 10 million. It is not difficult to imagine the feelings of these people when they wake up in the morning in a shack assembled from scrap materials, looking down from a hill, and see a shiny city right at the foot of it. It is not uncommon to hear Saudi Arabia cited as a successful example of a resource economy. It is as if the Saudis have only oil and sand, and the people are bathed in gold, unlike us.
On the one hand, there is some truth here: the country really only has oil and sand. But there is a lot of both. On the other hand, not everybody has enough money from oil sales. The royal family is swimming in gold – and the “family” here is in the broad sense, that is, several tens of thousands of people. In addition to the privileged stratum, there is also a fairly large middle class. But there is also an equally vast class of beggars in the kingdom.
There is one Riyadh with the Burj Al Mamlak and other stunning high-rises, with observation decks, expensive hotels and equally expensive cars in the parking lots. This part of the city is for tourists, the middle class and, of course, the royal family.
There is another, southern Eo Riyadh – a huge beggar neighborhood, where the tourist is not easy to get to, and the local authorities do not seek to advertise the situation. People live in this part of the city without access to water or electricity, and begging and crime are rampant here. These things were simply denied for a long time, and only a few years ago the royal family recognized the problem officially. Ignoring its magnitude was simply no longer possible. 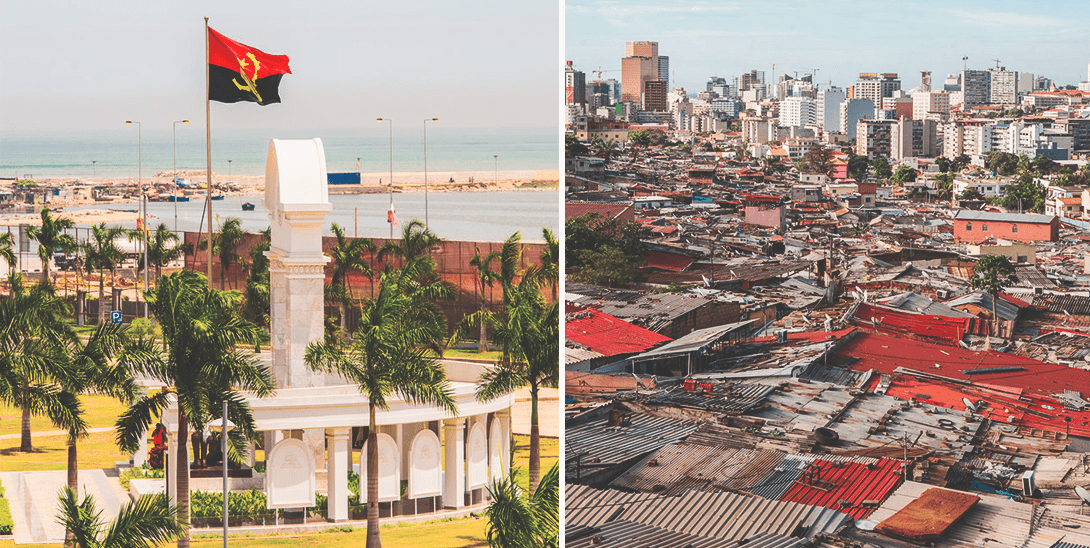 Angola is Africa itself, only in miniature, within a single country. It is enough to look at the flag – it shows a machete, and this says a lot. After independence in the 1970s, there was a period of civil wars, which lasted almost 30 years. During that time up to half a million people were killed, and many more fled to other countries.
After the situation was stabilized, it turned out that the country simply had no qualified specialists in any field left. So they began to invite specialists from Europe, Russia, the United States and China. Generally speaking, anywhere, as long as they knew their job, and Angola could not pay the price.
A specialist from Europe can earn two or three times more for his work in Angola than in his home country, but the capital’s prices are also set against his exorbitant salary. As a result, Luanda, the capital of a destitute country, is on the list of the most expensive cities in the world every year. Monthly rent of an apartment can reach five to seven thousand dollars, which is absolutely incomparable with the overall standard of living. Thus, the country’s capital is inaccessible to the vast majority of the local population, who dare not think about thousands of dollars. India is a separate world with a still existing caste system, a separate civilization with a population of almost a billion and a half people and even a separate subcontinent with uncharacteristic flora and fauna for neighboring countries. Every time you read some news from India, the palm of your hand involuntarily reaches for your forehead and you want to ask: “What is wrong with you, India?”
Bollywood leads the world in the number of movies made, India has nuclear weapons and a full-fledged space program. The country has its own outstanding scientists and has its own ancient and equally outstanding history. India has a beautiful cover in the form of favorite tourist spots and insanely rich people who can afford a shirt made of gold weighing 20 kilograms. But there is also unimaginable poverty, where tens of millions of people live. This contrast is best seen in Mumbai, where next to grand ancient palaces and chic new skyscrapers there are the world’s dirtiest slums.
Slums become breeding grounds for contagious diseases, as people live there in dense and obviously unhygienic conditions, but that’s half the battle. Poverty harms not only people, but also the environment as a whole. The traditional rite of farewell to a deceased relative involves his or her burning, and the ashes should be scattered in the river. Poor people do not have enough money to buy enough wood, and as a result, half-burned and half-decomposed bodies float in the Ganges. Doubly remarkably, people may well use this water for washing or ablution.