8 Survival Games That Will Be Released in 2021 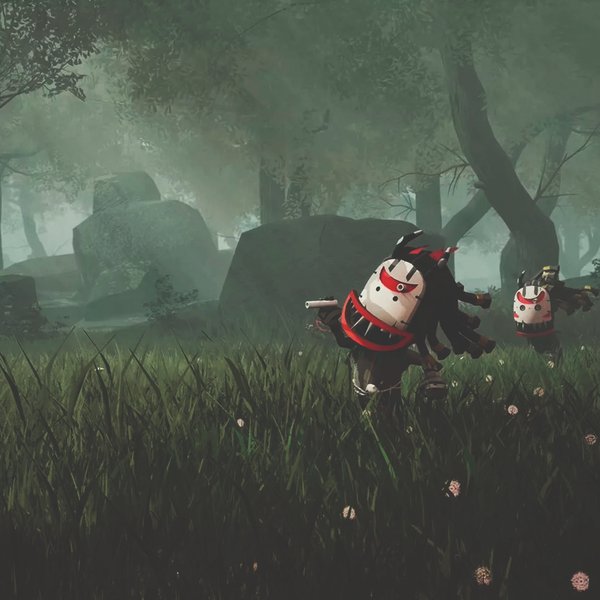 Because of the pandemic, survival games have become more popular. Of course, it’s much more atmospheric to play some zombie apocalypse thriller, realizing that now it doesn’t look so fantastic. Who knows what’s being bred in secret laboratories by national governments and if there’s going to be a “Confrontation” type scenario later on.
There are quite a few survival projects coming out in 2021. These include survival horror games, colonial simulations, and more. 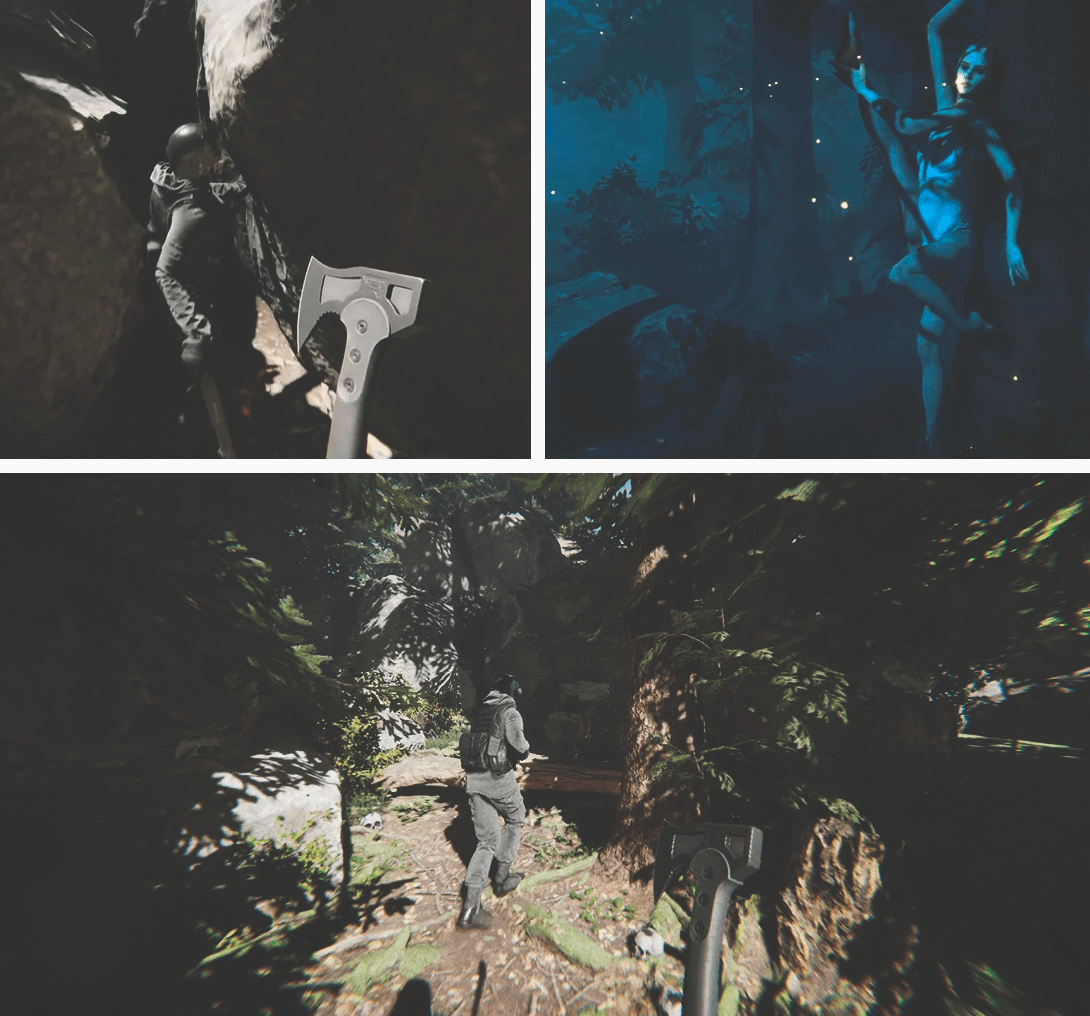 We already wrote about Sons of Forest in our article about horror games coming out in 2021. In short, it’s a sequel to The Forest, a rather popular game from Endnight Games. In this game you will have to pay more attention to survival than in The Forest, collect different resources, for example wood. To play, most likely, as a special forces fighter and for survival to build a fortified base to fight off at night from the hostile creatures lurking in the forest. 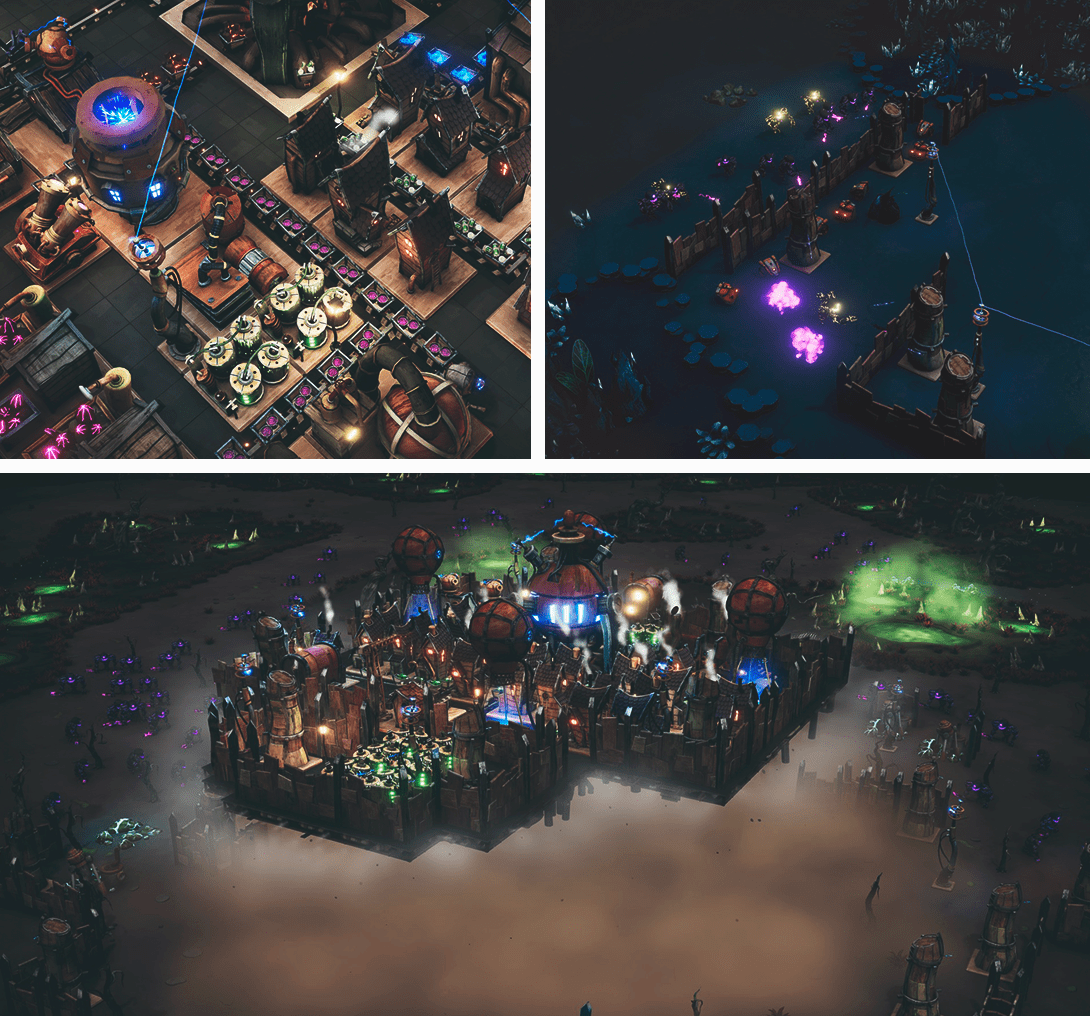 Quite an unusual game that combines survival and city-building simulation. In this game you will have to survive in a post-apocalyptic world by creating flying cities. You will have to collect resources to build, and travel the world in search of them. But unlike other city building simulators, the construction and resource gathering will interfere with monsters.
Once you’ve accumulated resources, you don’t have to fly around the world in search of them, but then you’ll have to fight off hordes of monsters that will certainly fly in for the bright lights. 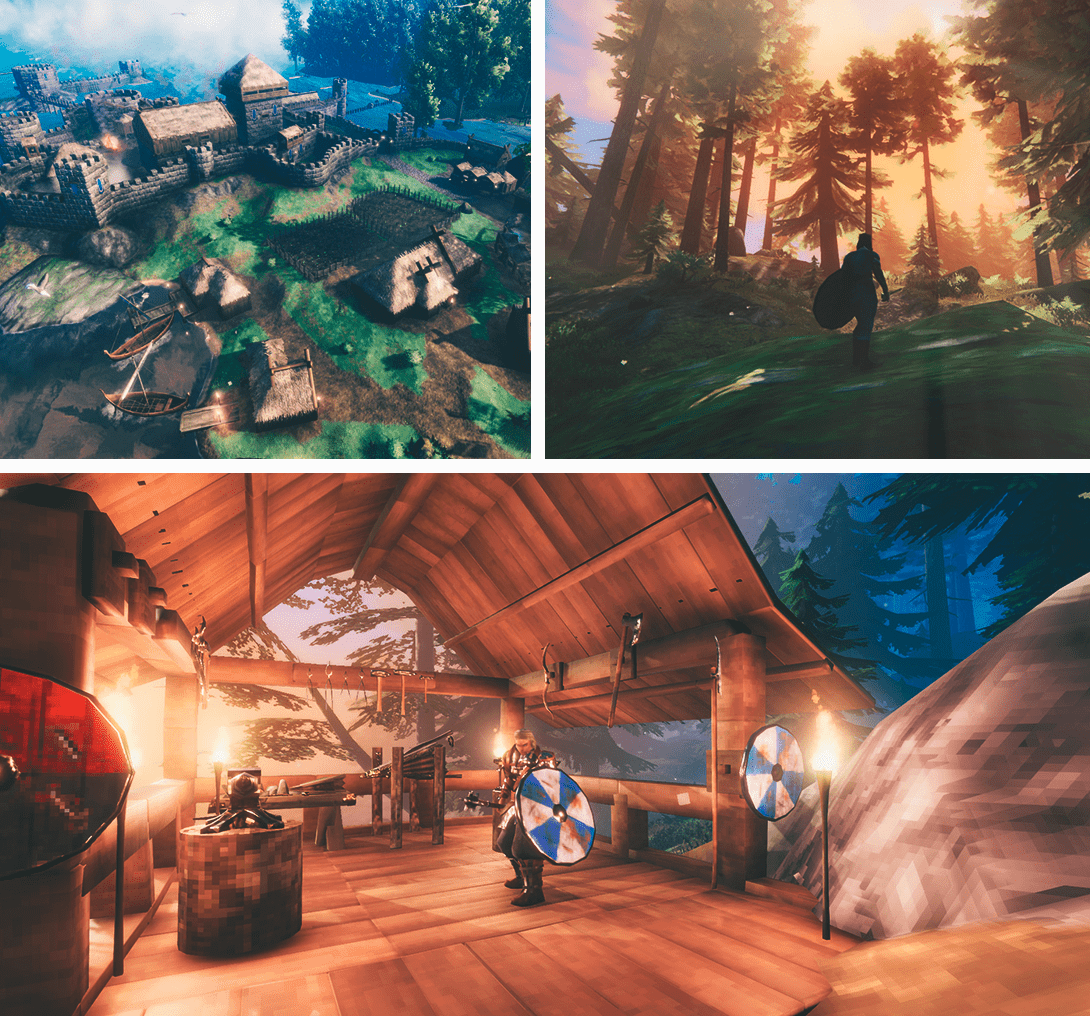 Tired of monotonous Survivals in a post-apocalyptic world? Then you’ll love Valheim, where you play as a Viking warrior trapped in Valheim – a world filled with monsters. Dense forests, mountain peaks, weapon crafting, building houses, bases, and traveling in drakkar ships through the game’s vast, generative world await you. And as in most Survival games, you have to watch over the diet and health of the protagonist.
The graphics in Valheim are peculiar and may seem outdated. But it’s done on purpose to make the game look retro from the second PlayStation and evoke nostalgia for the times when games were made by gamers for gamers. The game will feature single-player and co-op modes. 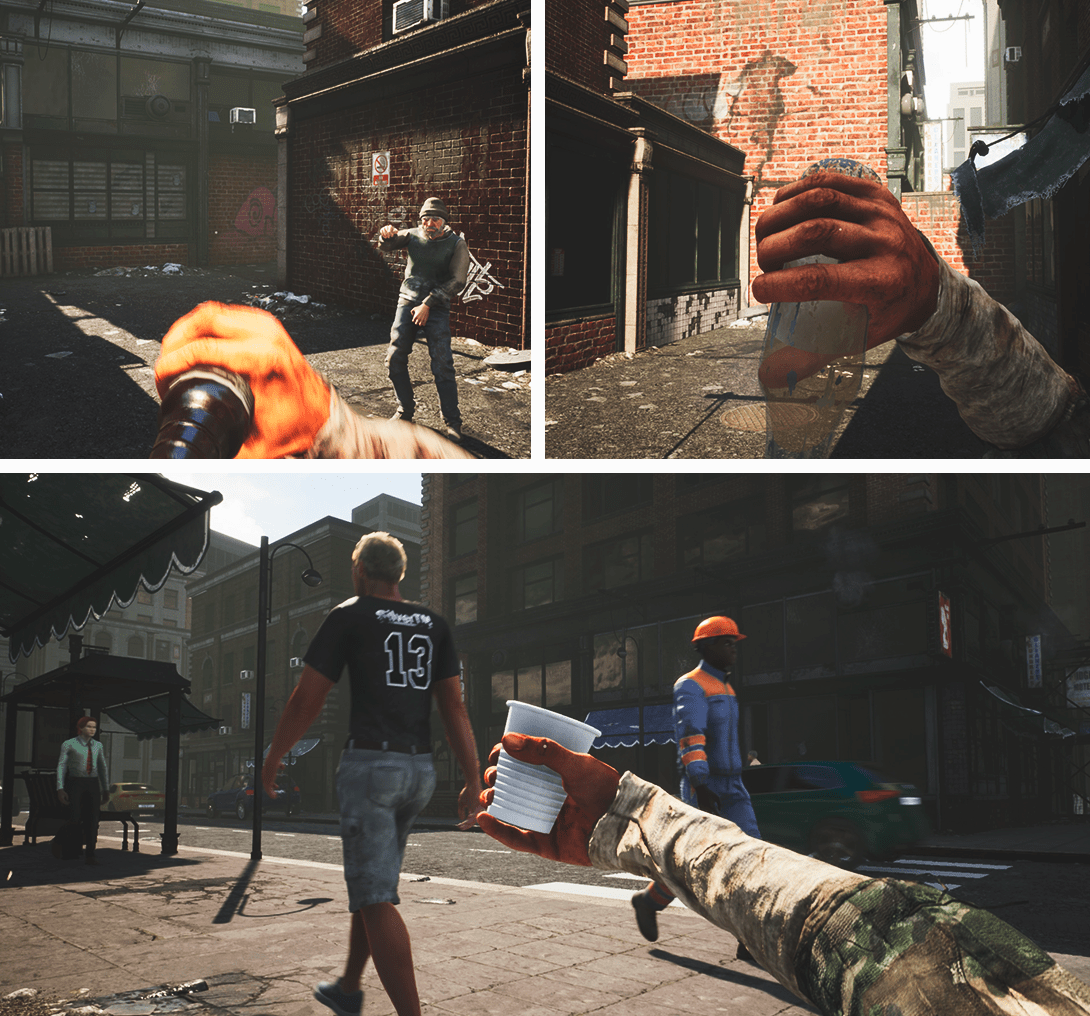 Remember all those simulations of homeless people, alcoholics, and other socially depressed people from the 2000s? They used to be kind of like text editors. But Ragged Games, the developer of Bum Simulator, lets you feel yourself in the skin of a bum. In the game the protagonist is placed on the street, and he has several options for the future life. In the game you have to explore the world, beg, look for things to sell at the pawnshop, collect equipment, build a shelter, tame pigeons, uncover the mysteries of the sewers and learn the secrets of alcoalchemy.
The combat system is unique. Here you can attack enemies with improvised materials, as well as by siccing tame pigeons on them and even directing a powerful alcohol burp in their direction. But you don’t have to be homeless – you can become an urban legend and even get a job. 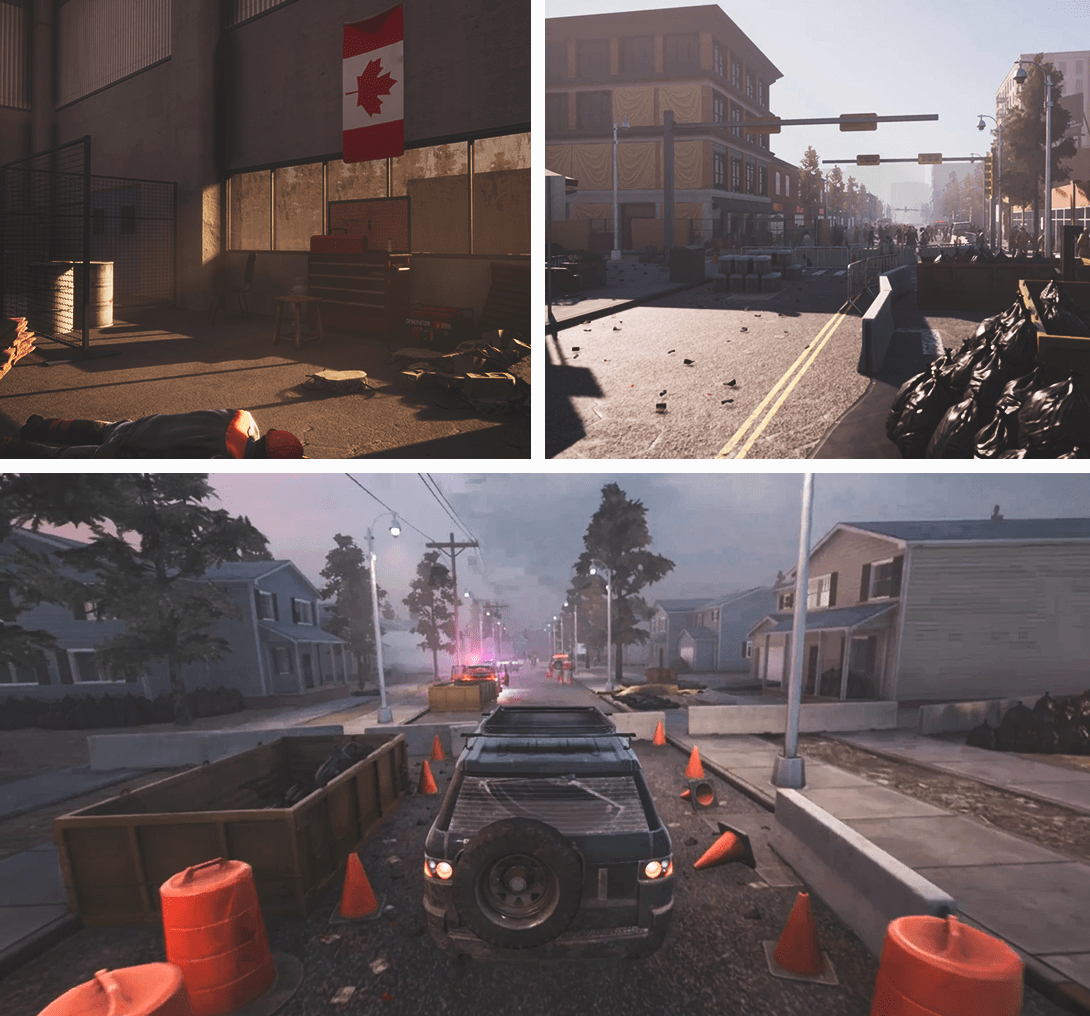 Fundraising for this indie game began years ago. The game has been postponed a couple of times, but according to the developers, it should be available in early access in 2021.
Dead Matter is a hardcore horror game set in an open post-apocalyptic world populated by zombies. The game is non-linear, and you can choose any style of game that interests you: to settle in one place, build fortifications and defend from zombies with barricades, cultivate the land or travel the world and live off gathering, moving on foot or in vehicles.
Fans of shooting will be satisfied, because in Dead Matter, according to the developers, there will be a variety of weapons. Moreover, it can be customized according to your goals (for example, to wrap a baseball bat with barbed wire or attach a kitchen knife to the gun).

6. Away: The Survival Series 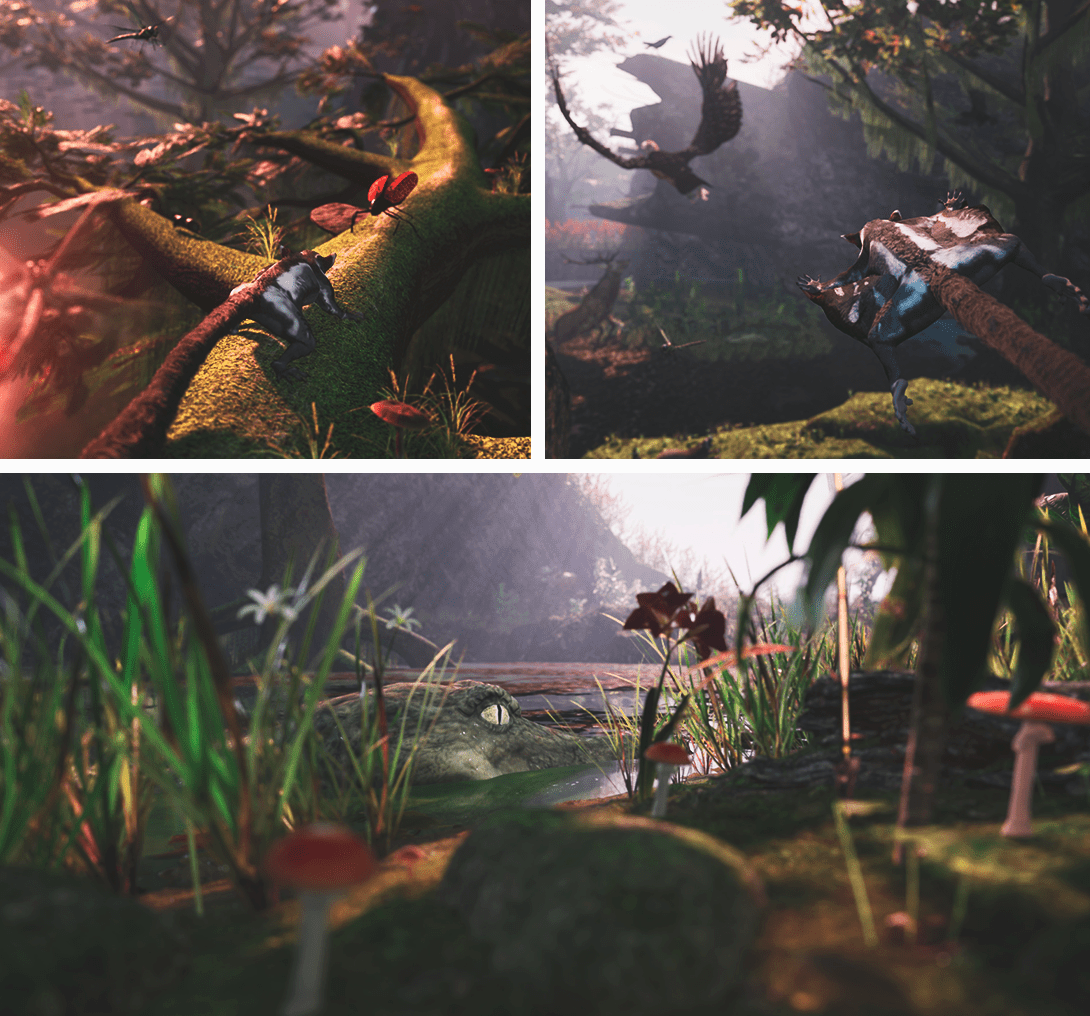 If in all the simulations described above you play as a human, here you have to take on the role of a sugar marsupial bat. That, if you know, is a small marsupial mammal from Australia. In the game, you have to save yourself from natural disasters that threaten all life on the planet, as well as predators above you in the food chain.
The story immerses you in the wilderness, where you can run on the ground, climb trees and survive through your dexterity and skillful use of your surroundings. By the way, this game is created by the same people that created Far Cry and Assassin’s Creed.
Unusual gameplay combined with beautiful graphics makes this game interesting and atmospheric. 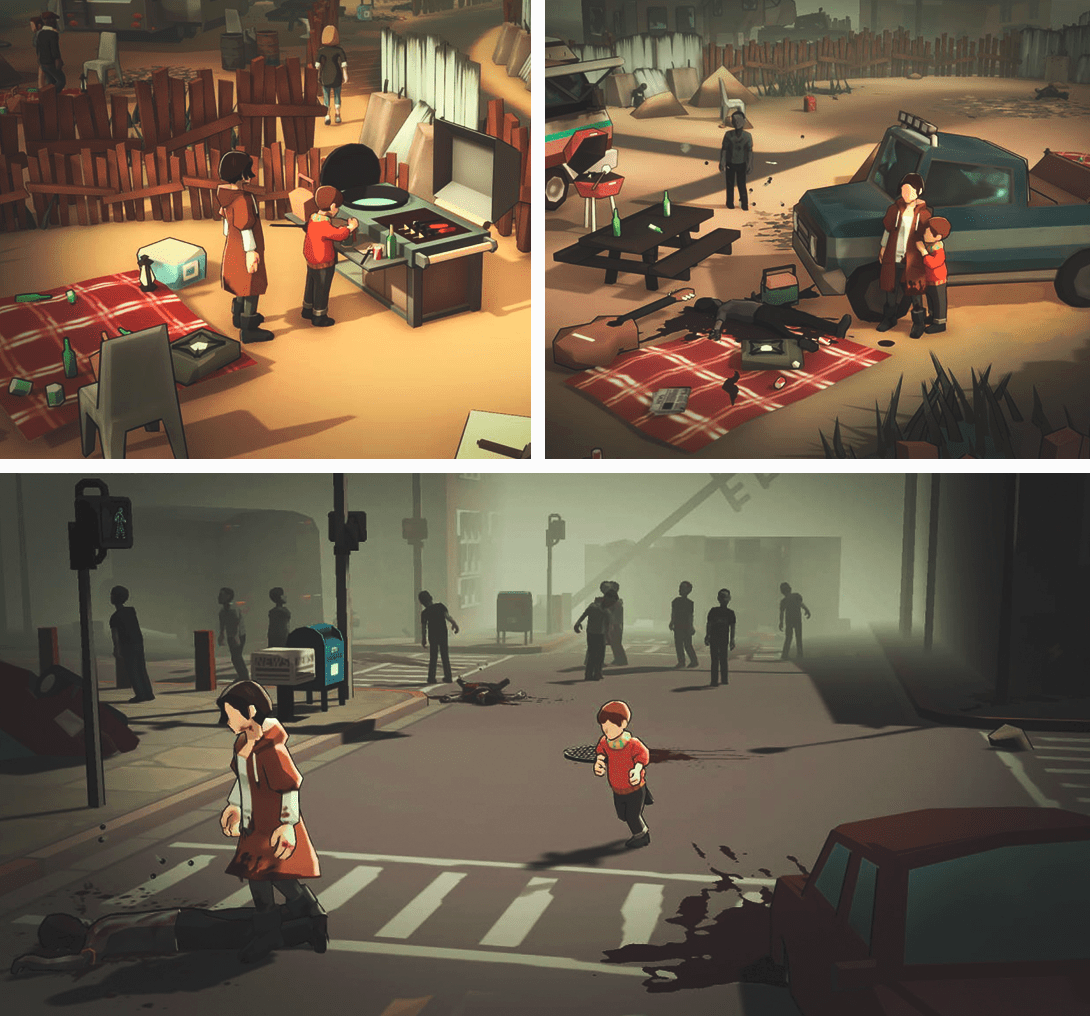 This is also a zombie-survival, but don’t rush to the next point. Undying is an unusual game, as you play as a woman named Anling who has been bitten by a zombie. But instead of succumbing to panic, she picks herself up and fights to have time to teach her little son Cody all the skills he will need in this harsh post-apocalyptic world.
You’ll have to manage limited resources to slow down Anling’s transformation into a zombie, and to keep both characters thirsty and hungry. In addition, you’ll have to teach your child how to cook food, create objects, and fight. And you’ll have to do it quickly, because as Anling’s condition worsens, he’ll lose skills and gradually become more and more dependent on Cody’s help. 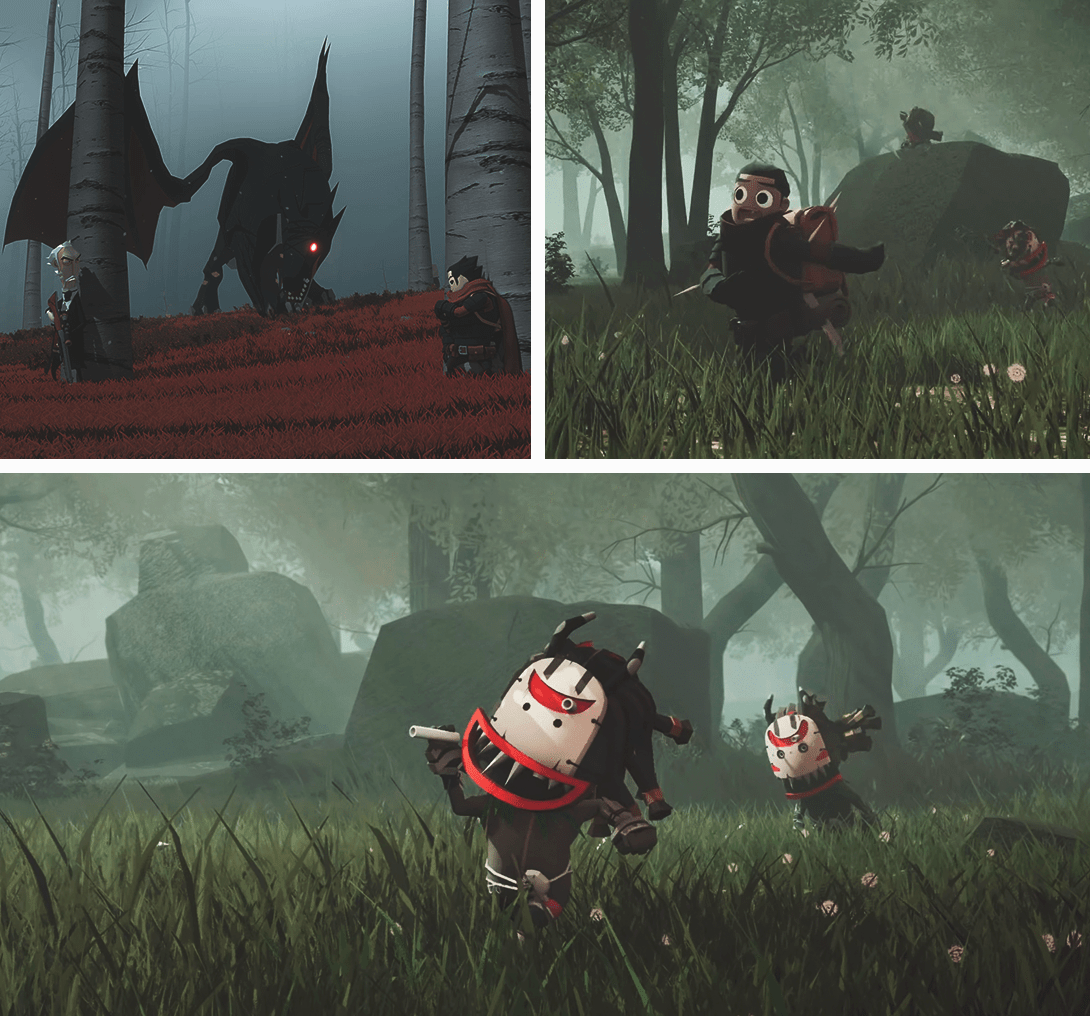 This unusual-looking 3D action-adventure game combines survival and simulation mechanics. In this game you enter a surreal world populated by humans and various creatures, including hostile monsters. You can interact with them, learn new skills, hunt, gather resources, and complete missions. The game plans a lot of hidden unexpected events that will make the story more exciting.
In addition to gathering, resources will be available through missions, grinds, and looting. Little Devil Inside will feature both edged and firearms, armor, vehicle travel, and more.