8 Secret Levels in Games You’ve Never Been To 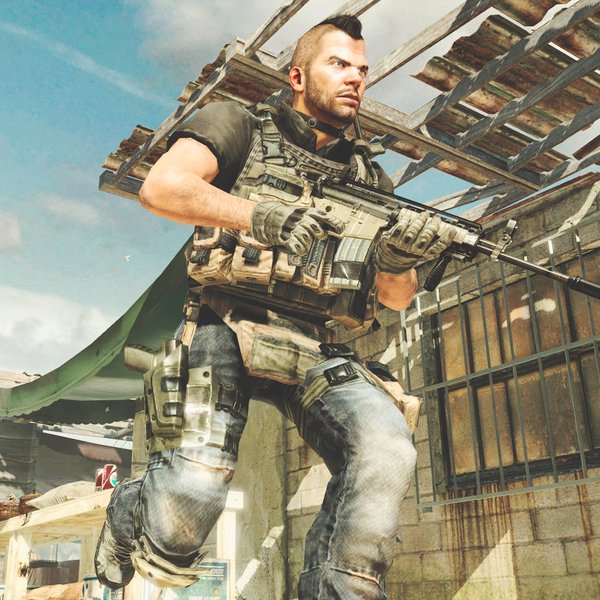 It used to be that players explored the locations in games up and down, finding all the secrets. It was really fun to look for them, because they were hidden quite skillfully. Over time, as games became more popular with casual players, the secrets were simplified so gamers didn’t feel dumb and enjoyed the process. But even now, there are games where secret levels are hidden so skillfully that even experienced players have trouble finding them. Here are some examples of game levels where you haven’t been.

Many players, despite the rather large popularity of this secret level, have never been on it. It is interesting that rumors about this level appeared in the first part, but in fact it was never there. However, after hearing the gamers’ speculations, Blizzard implemented them in the second part, thus expressing respect for the players. And the concept of the level itself, populated by upright cows, is fascinating.
To open this level, you had to complete the game and then, on the next difficulty, combine the portal book and Wirth’s leg in the Choradric Cube, after which a portal to a world populated by cows, including the King of Cows, would appear.

This secret level is hidden quite well, and without hints many players would have passed it by. To get to this location, you’ll need to find the Strange Doll in the Undead Asylum. After that – get to the cathedral of Anor Londo, go down to the lower level of the temple of Guinevere, walk up to the picture with the snowy castle and touch it. The protagonist will be drawn into the world of the painting, which is the location of Priscilla Half-Blood’s imprisonment. Keep in mind that you can go back only after passing the entire location up to Priscilla Half-Blood, which, by the way, you don’t have to kill.
Once you get closer you’ll be able to talk to her and then go back. At the location you’ll find a lot of useful loot, including a rather strange-looking Yellowblood set.

This location could be seen from different places, for example on the platform after the fight with Vodt or Pontifex Sullivan, but not every gamer knew how to get there.
To find this secret location, you had to kill the boss Oceiros, then open the door behind the room and find the corpse of the Dragon Blood Knight, which will have the Dragon’s Path gesture on it. Then you need to go to the dungeon of Irithill, find a petrified follower of the Dragon’s Way there and use the gesture to sit next to him and wait to be transported to the Peak of the Ancient Dragons. There you’ll meet an optional boss named Nameless King, a lot of useful loot, as well as get a lot of souls (on average – up to 70 thousand).

In Doom 2016, as in the previous parts, there are a lot of secrets and Easter eggs, because id Software was one of the first to introduce such practices in games. There are a lot of secrets in Doom 2016, but some of the most interesting are the secret locations from the original Doom on every level. We won’t list them all – let’s take the very first level as an example. There, after opening the door with a blue lock you have to go down the left slope. You will see a structure surrounded by a yellow cage, in the center of which there is a passageway. Go there, then turn left and press the lever. A door will open, and behind it you’ll see a level from the first Doom with the original graphics.
Since secret levels are scattered throughout the game, most players have only found some of them and haven’t been to the others. Some, however, are not aware that you can play the first Doom while playing Doom 2016.

5. Nightmare in Wolfenstein: The New Order

Even before Doom 2016, id Software decided to add a secret level, which is not easy to open. It, too, refers back to the classic part, more specifically to Wolfenstein 3D from 1992. To open the secret level, you have to go to the resistance shelter, then go up to a room on the top floor and lie down on a mattress. There the hero can fall asleep and relive the memories of the escape from Castle Wolfenstein – 16-bit textures, sprite models, the very atmosphere of the classic game. Only the hands and weapons with modern graphics stand out from all this, but it is done on purpose. Alas, the level is quite short, with gameplay for literally a couple of minutes.

6. Secret mission after the credits of Call of Duty: Modern Warfare

Almost every player who sees the credits immediately turns them off and, impressed by the ending, goes to buy or download the next part (or waits for the sequel). But Marvel has taught us that there may be something interesting hidden after the credits. However, we learned about this after the release of Call of Duty: Modern Warfare. In it, if you wait until the end of the credits (which, by the way, lasted long enough), you could get access to the bonus level and play as an operative of the group, whose task is to save the hostage in a limited time. Grenades and explosive weapons are not available, and the arsenal is rather weak, and the enemies are skillfully hiding in a limited area, which makes it difficult for the casual player to pass this level.
And while it’s not exactly a secret level, it fits the “where you’ve never been” concept in spirit, because few people waited until the end credits.

Counterstrike was the first addition to the first part of Red Alert. It became most famous for its secret levels with giant ants. And this is the case when really most players were not that, but did not even know about their existence.
The fact is that in order to activate a level, you had to hold down the Shift key in the main menu, and then click on the speaker image there. Given that the addition came out in 1997 and the Internet was at that time units, and all the secrets the players learned by word of mouth or from game magazines, few people have passed these levels.
Once you access the levels, you will be instructed by Allied General Ben Carville, who will tell you that the troops are being attacked by giant ants that have crawled out of an abandoned Soviet research lab in Europe and must be destroyed.

8. Level from Minecraft in Borderlands 2

On the level of the Caustic Caves, if you follow the rails from the main building to the west and go over the bridge, you have to turn right and move along the rocks. There you will see a passageway, at the end of which you may notice pixel blocks. Breaking them with a melee attack, you’ll get into a Minecraft-style cave, which is inhabited by creepers – exploding green monsters from this game. After you kill all the creepers, a huge creeper will appear, from which a skin of the Minecraft hero’s appearance will fall. The blocks in the cave can be broken and ammo, money and eridium will fall out of them.