8 Obsessions of Famous Dictators That Are Not Mentioned in Textbooks

To be a dictator is to allow yourself anything. It is the unlimited power that gives any privilege that makes politicians aspire to the presidency even in the 21st century, when it is widely condemned. In history textbooks, we see dictators as individuals whose cravings may be admired or shocked, but some prominent dictators had strange obsessions. 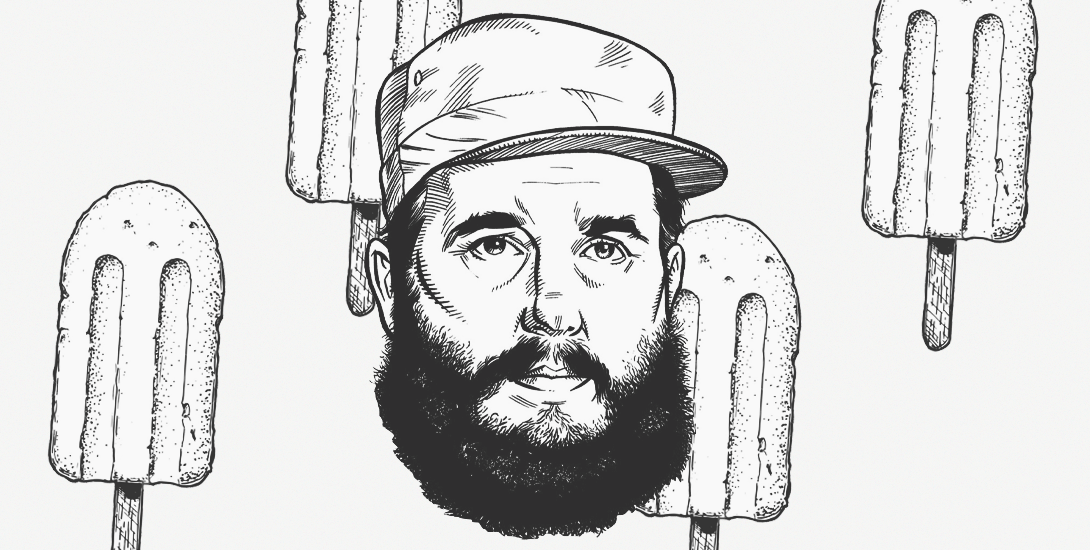 We know that the Comandante loved cigars, and it was rare to see him without this accessory. But what you didn’t know is that Fidel was literally obsessed with ice cream. The Comandante once ate over a dozen scoops of ice cream in one sitting. He especially loved Canadian ice cream and ordered his ambassador to that country to send him 28 containers of the dessert. In addition, each container had to contain one of the flavours offered by the Canadian company. Fidel even built a huge ice cream parlor in Cuba’s capital, Havana. 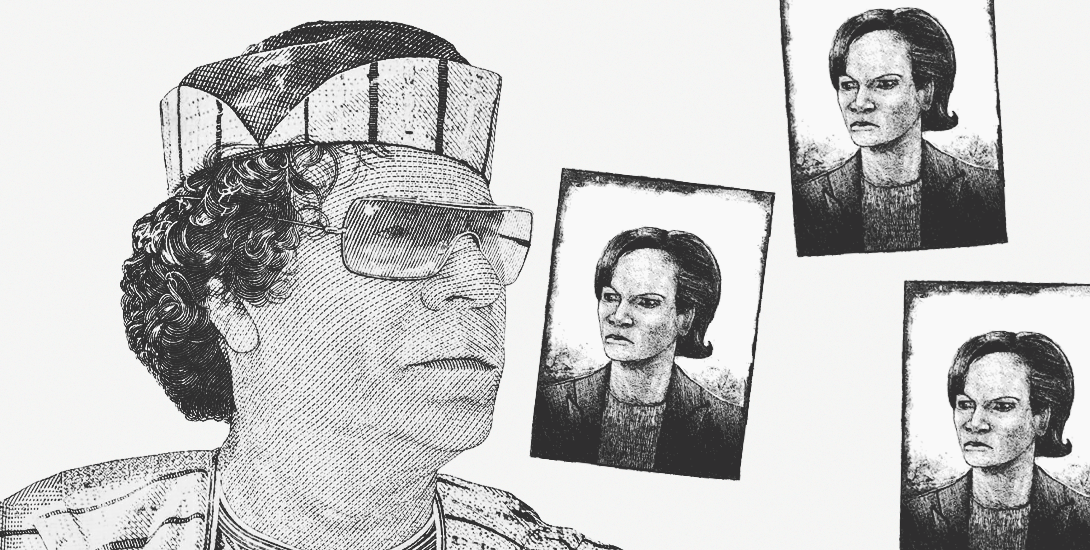 You may not remember, but under U.S. President George W. Bush, Condoleezza Rice served as Secretary of State. Muammar Gaddafi, the former dictator of Libya, was a fan of African beauty. But when he first saw the US Secretary of State, he was literally obsessed. He had a collection of photographs of Condoleezza, for example, and in his diaries he called her his favorite black African woman.
When Condoleezza Rice visited Tripoli, the capital of Libya, Muammar Gaddafi gave her gifts worth more than $200,000. In addition, he ordered to create a song about Condoleezza Rice, which he called “Black Flower in the White House.” 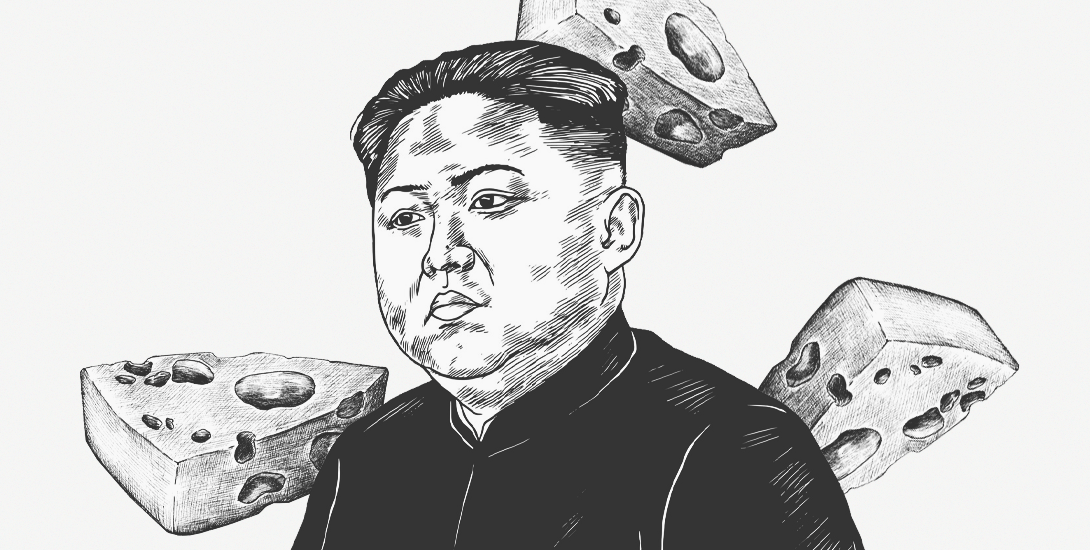 In 2014, Kim Jong-un, the dictator of North Korea, disappeared from television for a month and a half. Official propaganda declared that Kim was physically uncomfortable, which could mean anything. Later, however, a North Korean defector who was once the dictator’s personal chef said it was related to Swiss cheese. Kim studied in Switzerland in his youth and became addicted to cheese there. So much so that he used the product every day and in every form.
In addition, Kim ate cheese to gain weight and be like his famous father Kim Jong-il. And he gained so much that he broke his ankle and became ill with gastrointestinal problems, judging by the stories of defectors in his inner circle. 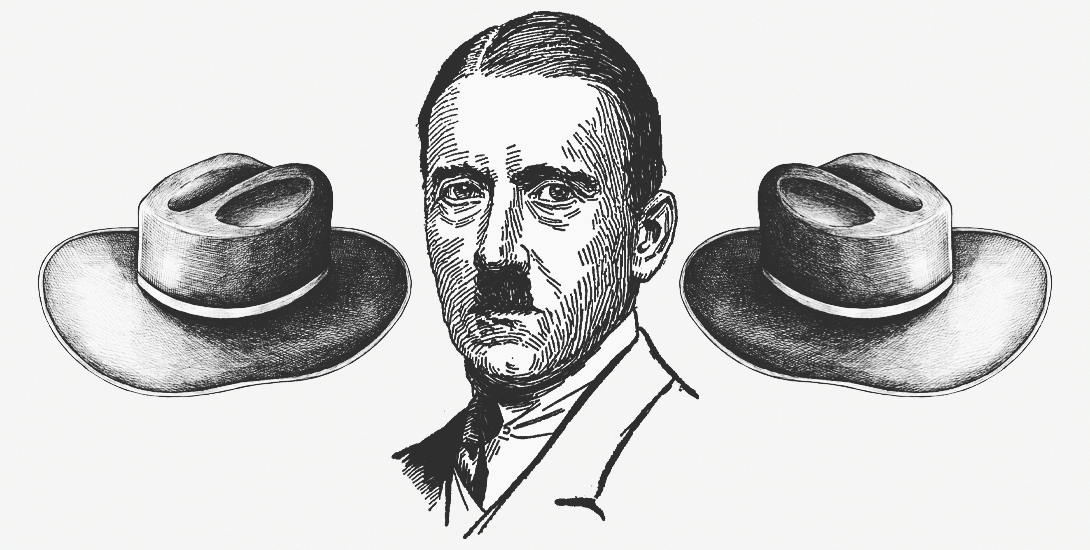 Adolf Hitler is known for his paradoxical vision where love for animals and hatred for most people could exist. One of the dictator’s hobbies was the novels of 19th century German adventure novelist Karl May.
Karl May is best known for his Wild West adventure novels starring the character Old Shatterhand and Chief Apache Winnetou. Hitler encountered the author’s books in his childhood and recorded in his famous autobiography that the novel “Journey through the Desert” shocked him so much that he forgot about his studies, which led to a decline in his grades.
Hitler was so obsessed with May’s novels that he ordered children to read the author’s books and officers to study Old Shatterhand in order to be like him, skilled in the art of war and the best hunters. For all his hatred of non-Germans, Hitler respected the bravery of the Indian Winnetou and set him as an example to his officers.

5. Nicolae Ceausescu was obsessed with clothes 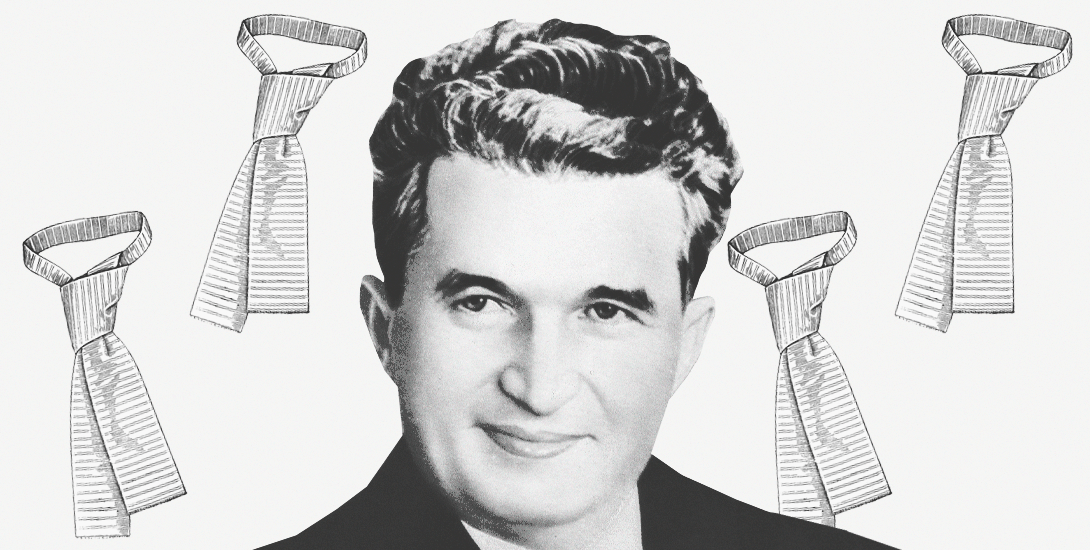 Nicolae Ceausescu was an example of the stereotypical dictator who stole from his people, destroyed the unwanted, bribed those who he could not murder, and profited from the suffering of others. While the Romanian people were starving, Ceausescu had huge stocks of food and entire warehouses of clothing.
Unreasonably fearing punishment from Romania’s disaffected population, Ceausescu stocked up on clothes enough for inhabitants of a city. He kept all his clothes in a guarded warehouse and took on new ones every day. At the same time, the old ones he had worn the previous day were burned so that they would not end up in the warehouse and be poisoned by his opponents. The clothes were monitored by several specialists who checked them for radiation, bacteria and poisons.

6. Idi Amin was obsessed with Scotland 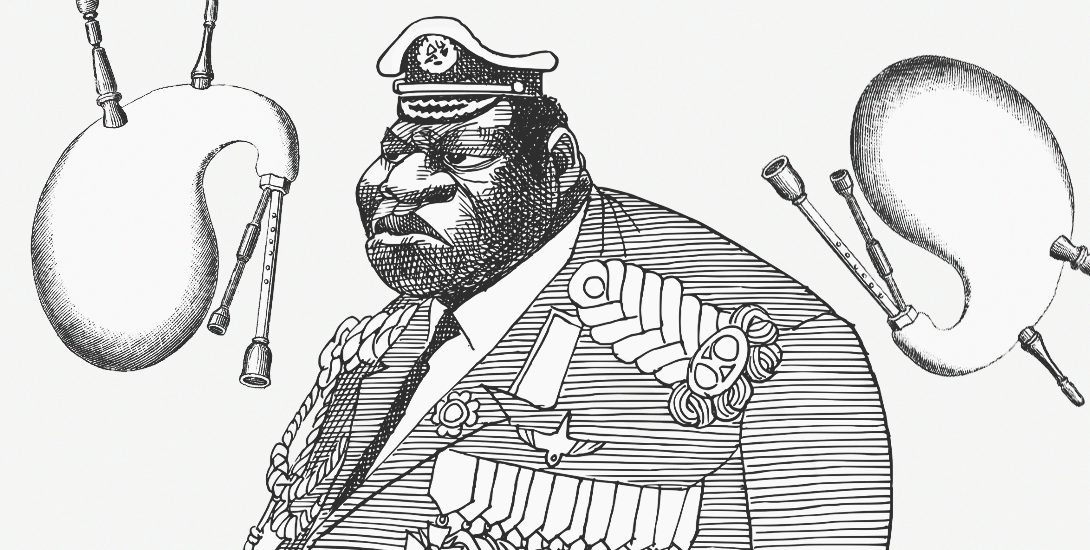 Ugandan dictator Idi Amin first heard about Scotland from his commanders while serving in the British Royal African Rifle Division. There he saw Scottish dancing, tasted whisky and also found a common point of contact between Scots and Ugandans—hatred of the British government. He also liked the fact that, unlike the British, the Scots had no racial hatred of blacks.
After coming to power in 1974, he proposed to become the new King of Scotland and created the “Save Britain Fund” to donate food to Scotland. In 1976, he hired musicians to march through the streets of Uganda in full Scottish uniforms, playing drums and bagpipes to traditional songs for the British island country. Unfortunately, the Scots did not particularly appreciate the dictator’s love of them and consistently ignored Idi Amin’s confessions. He was suspended from attending African Union events in 1977 because of inhumane actions against the population. Two years later, he invaded Tanzania, then was overthrown and forced to flee to Saudi Arabia.

7. Ferdinand Marcos was obsessed with the number 7 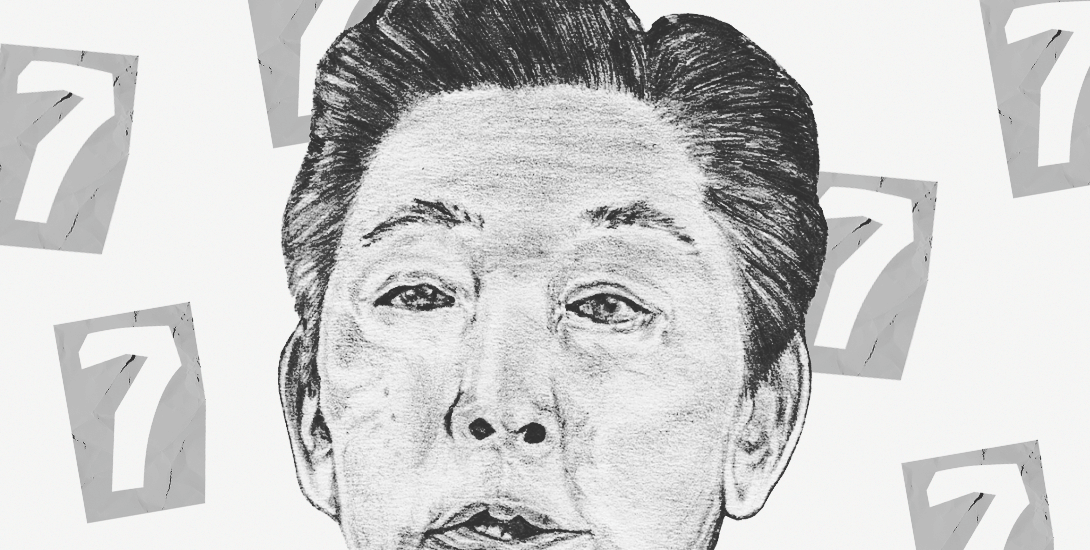 Compared to previous dictators, Philippine President Ferdinand Marcos did not have such extravagant infatuation or obsession. He was obsessed with numerology, especially the number 7, which is considered lucky in the West. Everything he did had to end in seven or be divisible by that number.
For example, Ferdinand Marcos declared a state of emergency in the country and abolished the constitution on September 21, 1972, deliberately waiting for this auspicious number. And judging from the fact that he held that office until 1986, it really helped him.
Even after the overthrow of Ferdinand Marcos, the number 7 is still significant in the Philippines. For example, in 2005, Bill No. 7 was introduced to allow for early presidential elections, proposing a campaign period of 57 days and a nomination election on February 7.

8. Francois Duvalier was obsessed with voodoo 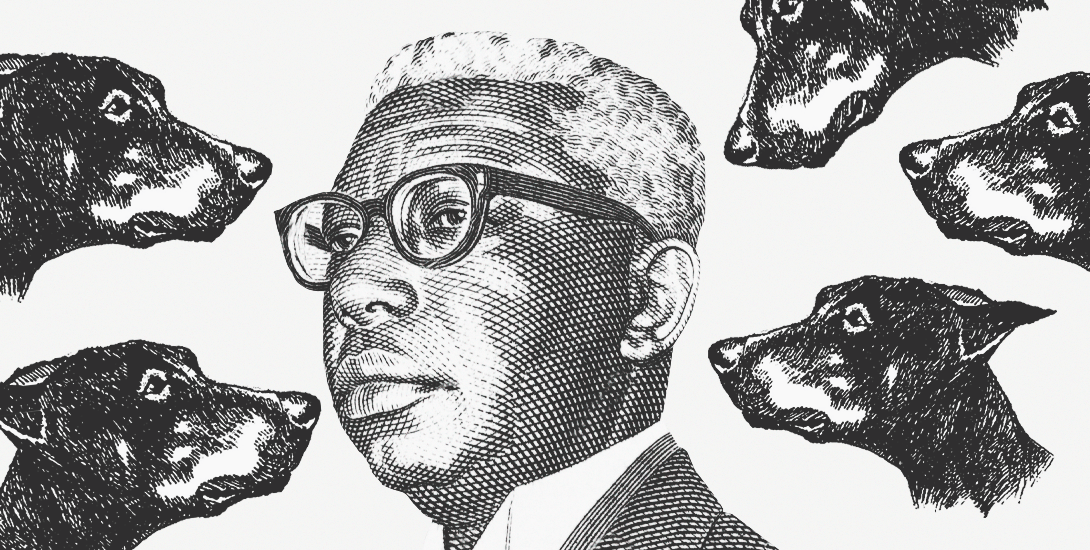 François Duvalier became dictator of Haiti in 1957 and served as president until his death. The national religion in Haiti was voodoo, and Duvalier held fast to this belief. He was extremely superstitious and feared any kind of black magic, and also considered the number 22 to be the only correct one, as he was guarded by voodoo spirits on that day. Later, when the possession took hold of his consciousness, Francois Duvalier stopped leaving his residence and only came out on the 22nd.
When the assassination of US President John F. Kennedy occurred, François Duvalier took responsibility, as it happened on November 22, 1963, and according to the dictator, it was due to his abilities. Believing that it was he who caused the assassination with his magic, the dictator sent his messengers to collect the air at Kennedy’s grave so that they could later use it to cast spells.
One day, François Duvalier heard that his political rival had been turned into a black dog by voodoo. The dictator then ordered all dogs of that color in Haiti to be killed.