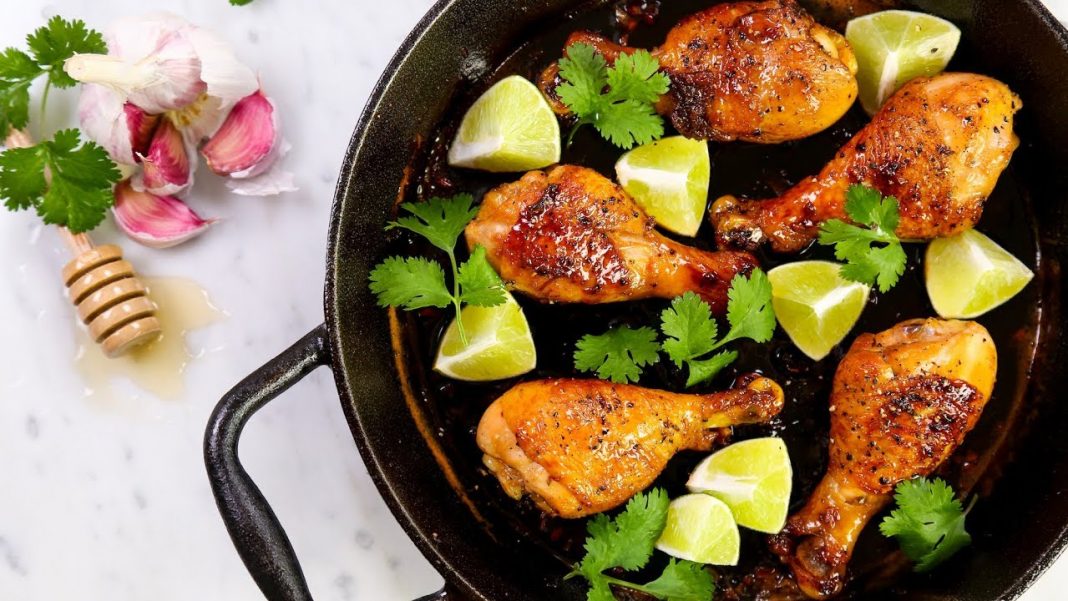 If you look at the recipes in your Instagram feed, it seems as if everyone around you has become a professional chef, with products for every taste and lots of free time. But believe me, you can make a masterpiece out of even three ingredients. 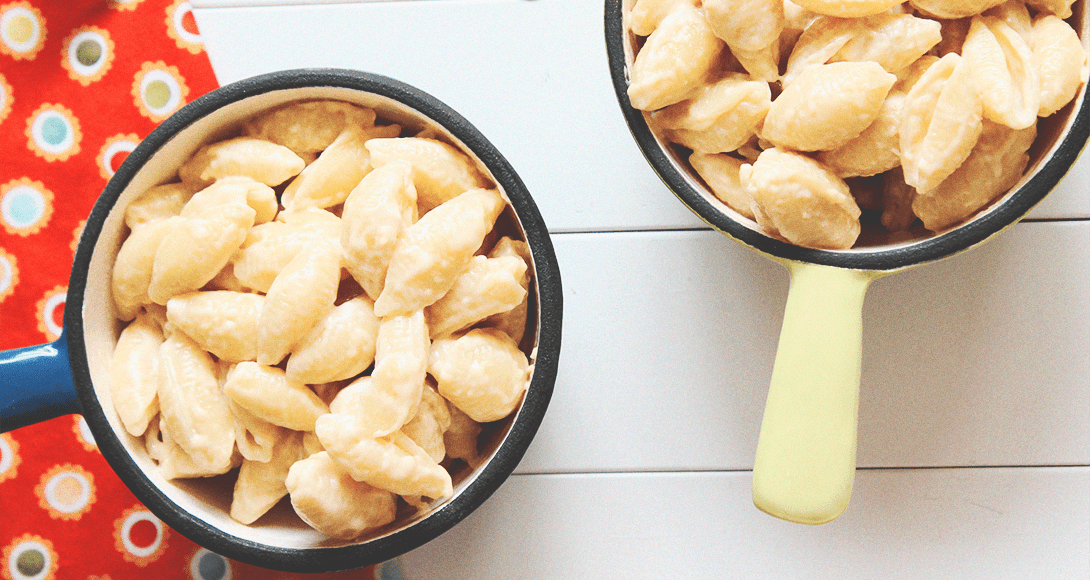 A simple and hearty lunch dish. Nourishing enough that you won’t even notice that it was meatless.
Ingredients:
– 500 g of pasta shells;
– 500 ml milk;
– 150 g cheddar cheese.
Cooking:
1. Pour the milk into a saucepan and put the pasta in it. Cook for 20 minutes, stirring frequently. Do not allow the milk to boil.
2. When the pasta reaches an al dente state, turn off the stove and add the grated cheese to the pasta. Season to taste. 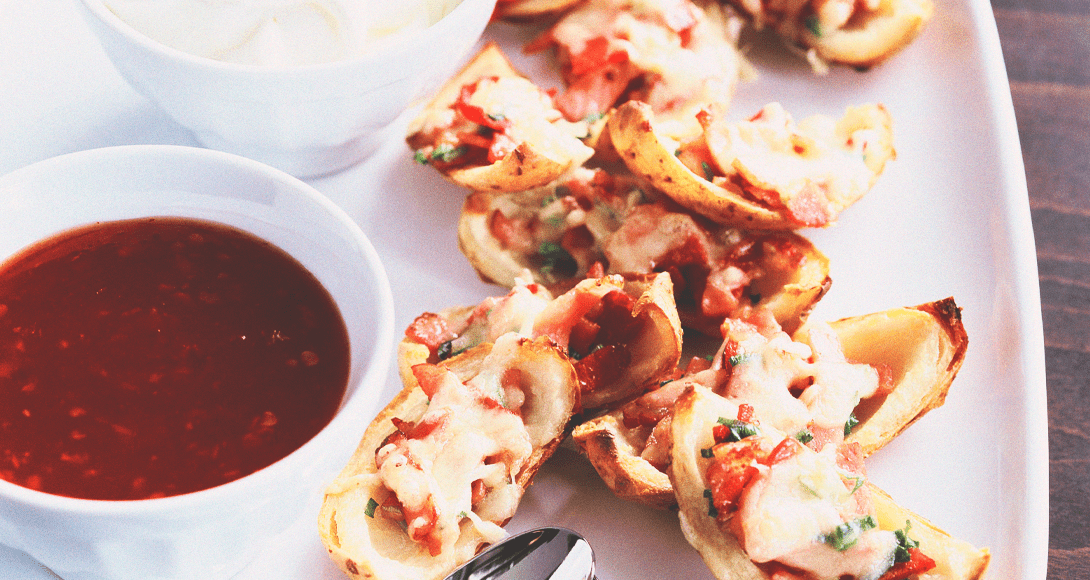 Quite a fatty dish because of the bacon, but also more hearty than the previous one.
Ingredients:
– 500 g red potatoes;
– 4 slices of bacon;
– 200 g cream cheese.
Cooking:
1. Boil whole potatoes in salted water (about 10 minutes).
2. While the potatoes are boiling, fry the bacon until crispy and crumble into small pieces.
3. Take out the cooked potatoes, let them cool, then cut them in half and take out the middle. You should be left with something like a boat, about five millimeters thick. Place the potatoes on a baking tray.
4. In a bowl, mix the removed potato cores, cream cheese and bacon bits.
5. Pour the mixture into the potato boats and place in the oven to bake at 170 degrees for 15-20 minutes. 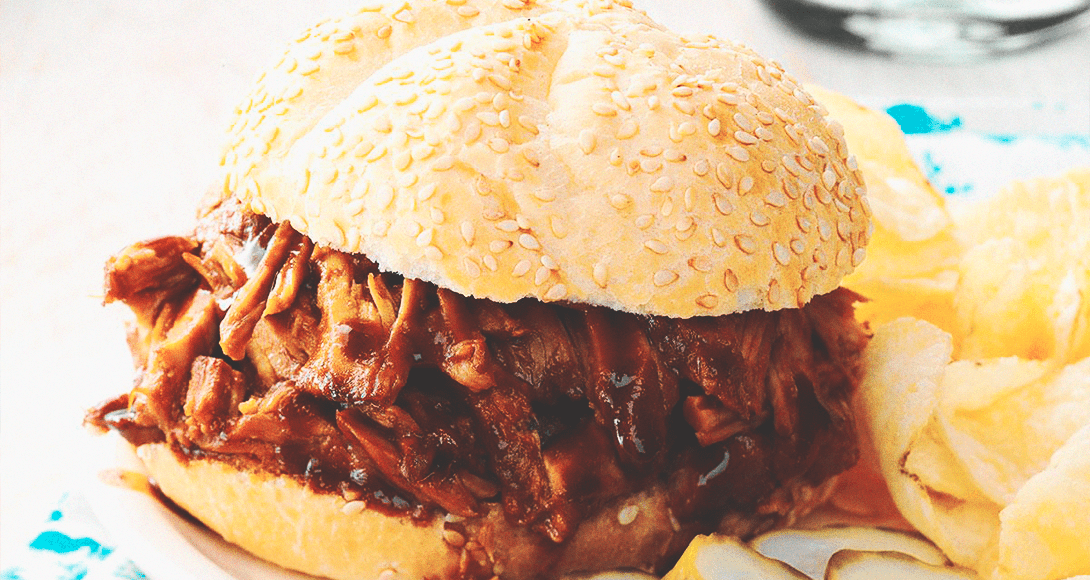 A tasty substitute for sandwiches that is good for breakfast.
Ingredients:
– 1 kg of pork loin;
– 1 can of 330 ml beer;
– 8 hamburger buns.
Cooking:
1. Place the whole tenderloin in a saucepan, pour the beer into it, cover and simmer over low heat for six hours until the meat fibers can be easily separated from the piece with a fork.
2. Take out the meat, shred it and put it in a pan. There you can pour spices to taste, or better yet, pour barbecue sauce. Roast it a little bit.
3. Cut hamburger buns in half, put as much meat in there as your mouth can fit, and eat warm. 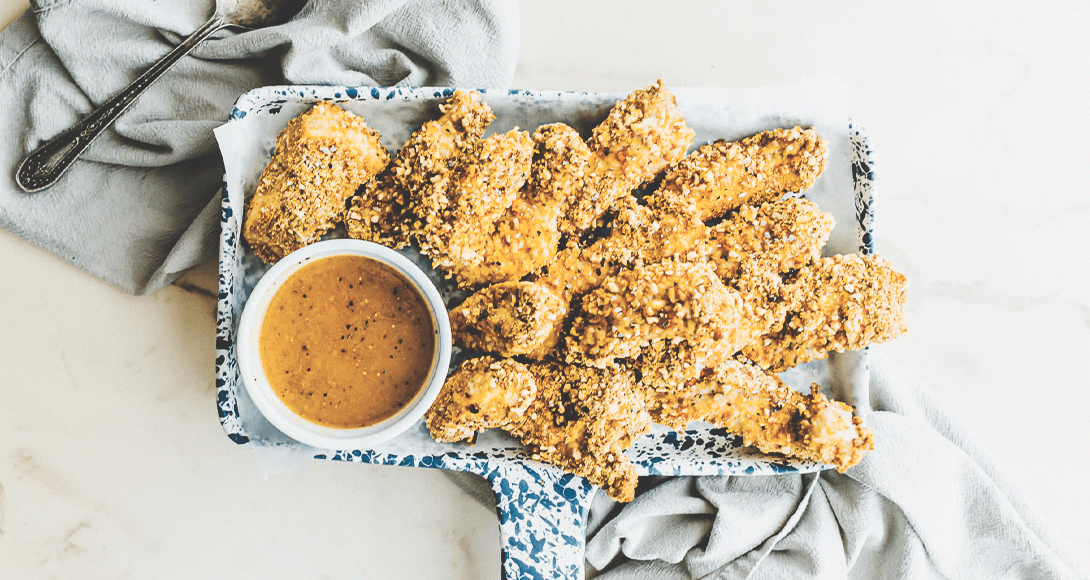 This recipe is not much different from the classic breaded chicken, but it has a richer flavor.
Ingredients:
– 500 g chicken breast fillet;
– 200 g pretzels;
– 100 g of honey mustard sauce.
Cooking:
1. Salt and pepper the fillets, put them in a large bowl and pour the honey-mustard sauce. If you do not have such a sauce – you can make it from two tablespoons of honey, two tablespoons of mustard, one tablespoon of lemon juice and two tablespoons of vegetable oil. Mix thoroughly, cover and put it in the refrigerator to marinate for an hour.
2. Crumble the pretzels with a blender or pusher until they are breadcrumbs. Pour the breadcrumbs into a large bowl.
3. roll the fillets in the breading, shake off any loose ends and place them on a greased baking tray. Put the oven to 170 degrees and bake for 20 minutes.
4. 4. Take the fillets out of the oven, put them on a pan and fry on high heat for a minute on each side until crispy. 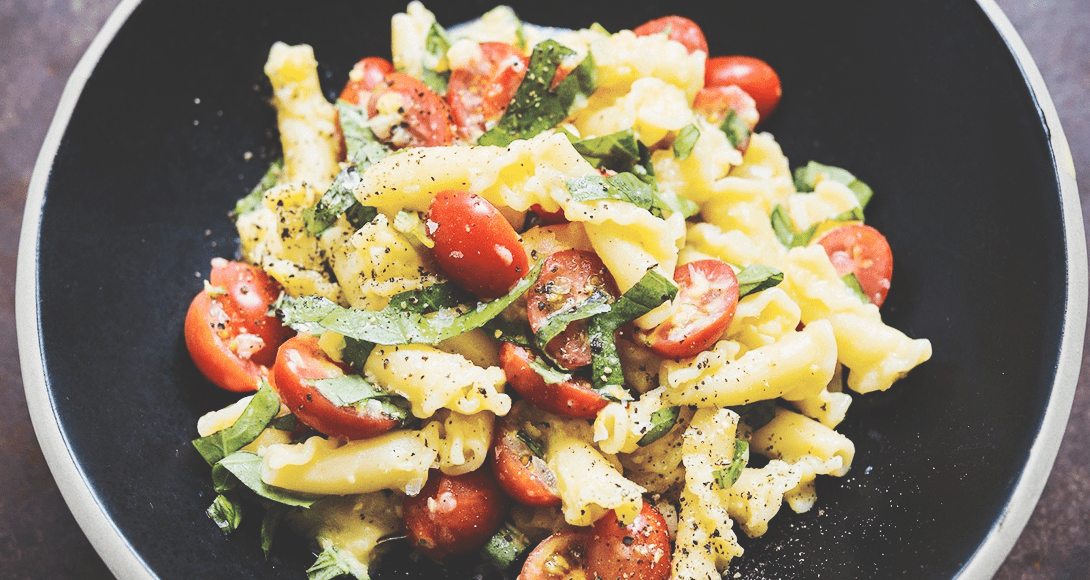 Italian pasta originally consisted of spaghetti and tomatoes. Later on, various ingredients were added to it, creating culinary masterpieces. Today we are going to make the simplest, but no less delicious classic pasta.
Ingredients:
– 4 large tomatoes;
– 1 bundle of green onions;
– 300 g of campanelle pasta
Cooking:
1. Remove the skin from the tomatoes, slice them and put them in a bowl. Add some of the onion, salt and pepper to taste, then whisk until a smooth paste. You can also add a little olive oil for flavor.
Roast the rest of the onions until lightly browned, then transfer to a cutting board and cut into small slices of three centimeters.
3. Boil the campanelle until al dente.
4. Transfer pasta to a large bowl, add tomato and onion puree, sprinkle with fried green onions, salt and pepper to taste. Top with tomato, cut into small wedges. 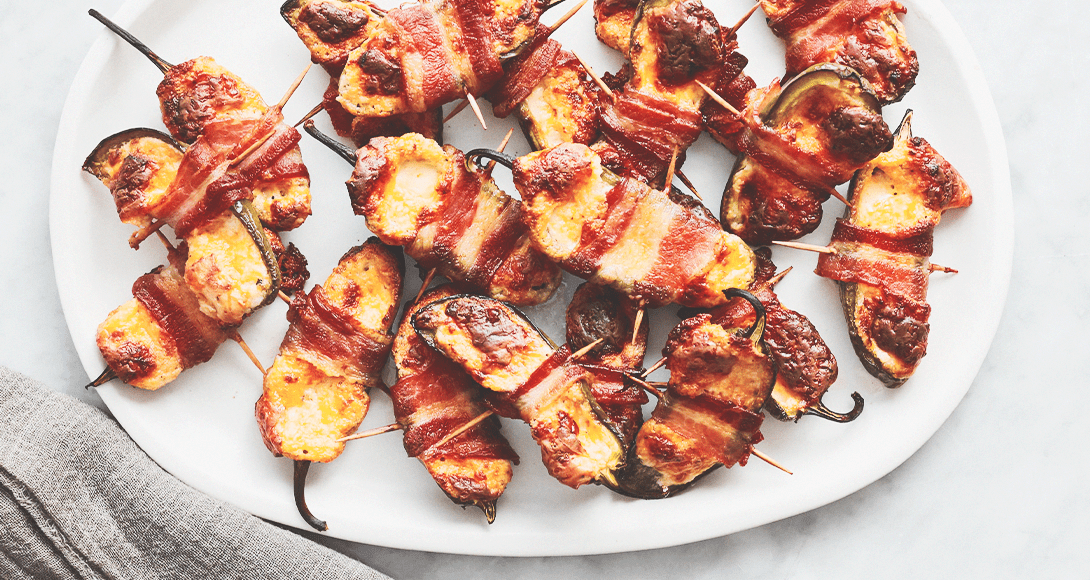 Quite a spicy snack that works well as an accompaniment to main dishes or as a snack at a party.
Ingredients:
– 2 jalapeño peppers;
– 4 slices of bacon;
– 100 g cream cheese.
Cooking:
1. Cut the peppers in half and remove the seeds.
2. Place the cheese inside each pepper half so that it is flush with the edges of the jalapenos.
3. Wrap bacon around each pepper. You can secure the bacon with toothpicks to keep it from falling off during cooking. Don’t forget to remove the toothpicks before using.
4. Preheat the oven to 200 degrees, place parchment paper on a baking tray and top with the peppers. Bake for 20 minutes until the bacon is browned. 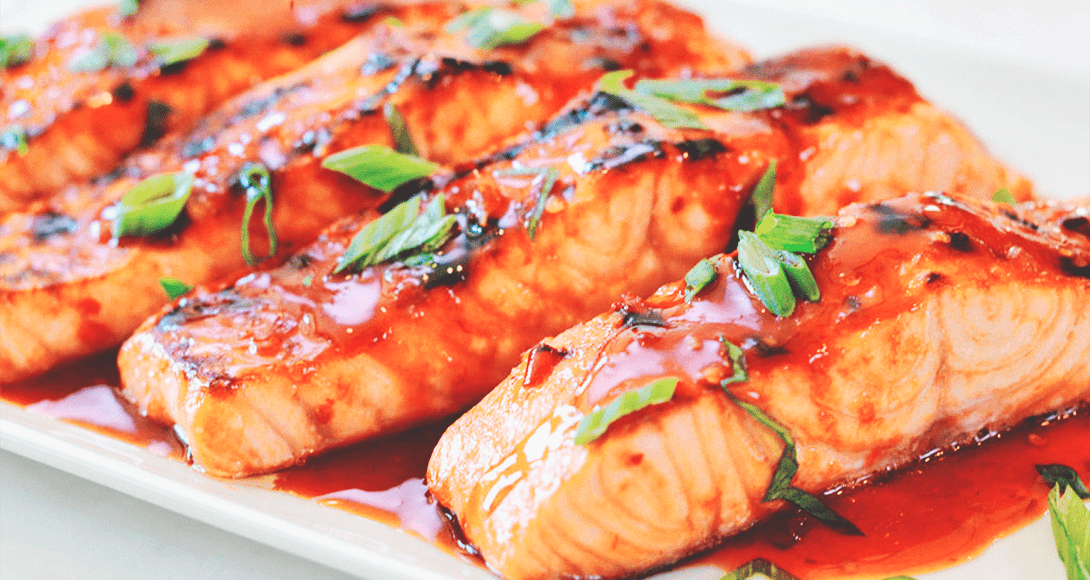 This dish gets its name from the fact that the sauce, baked on the fish, takes on a shine and looks like glaze.
Ingredients:
– 150 g salmon fillets;
– 100 g chili sauce;
– 25 g green onions.
Cooking:
1. Cut the salmon fillets into three pieces. Place in a bowl, add the chilli sauce and chopped green onions. Mix well so that the fillets are completely soaked in the sauce.
2. Preheat the oven to 200 degrees, place the fillets on a baking tray lined with parchment paper.
3. Bake for 10 to 15 minutes.