7 Free Shooters With Graphics at the Level of Expensive Projects 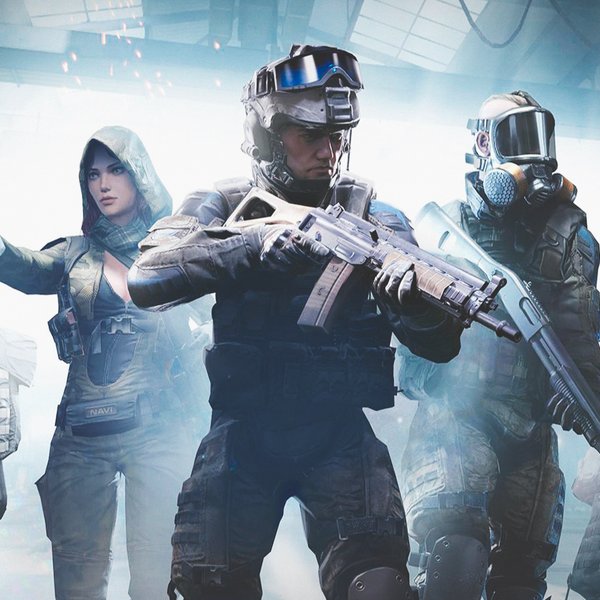 Shooters are the most popular games played by millions of people around the world. Large companies understand this and try to create cinematic projects, selling them for a lot of money. But the same is true of free-to-play shooters. Yes, they contain lootboxes, sometimes even in obscene amounts, but the gameplay is no less dynamic and the graphics are sometimes no worse than in AAA projects. 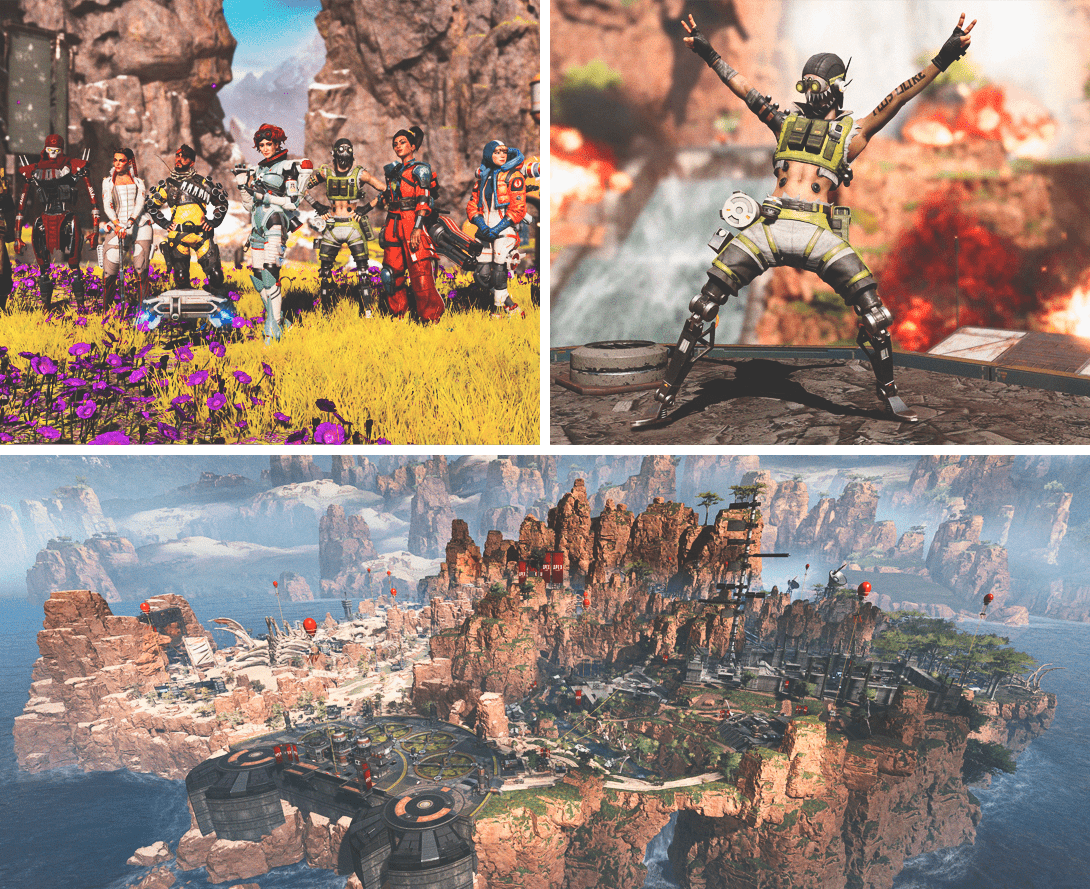 If you’ve played Titanfall and Titanfall 2, Apex Legends will seem familiar to you, as it takes place in the same game universe and features similar mechanics. This multiplayer battle royale game is an arena of up to 60 players acting in groups of three. However, unlike other shooters of a similar plan, you can choose heroes with unique abilities and attributes rather than starting on equal footing with others.
Once in the arena, you’ll rely on your teammates to find weapons and supplies, and your goal is to destroy other groups of players. The game has lootboxes, but you can fight quite well without them without constant nagibs from the donaters. One of the differences between Apex Legends and other royal battles is the so-called marking system, which allows players to tell their squad’s direction. 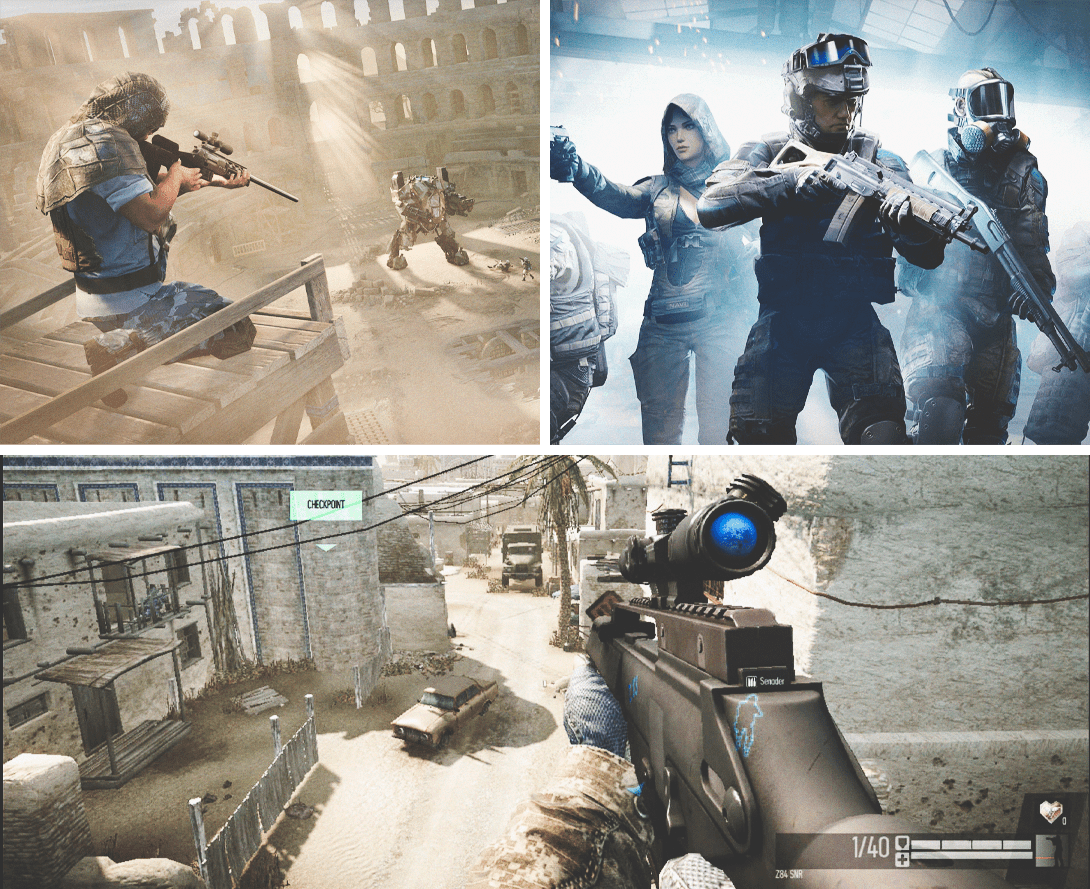 This shooter from Crytek, which developed Crysis, was released back in 2012, and then the game caught your eye with its graphics, as well as the variety of classes. You can play as a stormtrooper, sniper, engineer, medic or heavily armored robot, and each of the classes offers its own unique features that make the gameplay diverse. In addition, you can customize your weapon, but as it is supposed to be in free shooters, this option implies donation.
Although the game is nine years old, it is constantly updated, including its graphics. 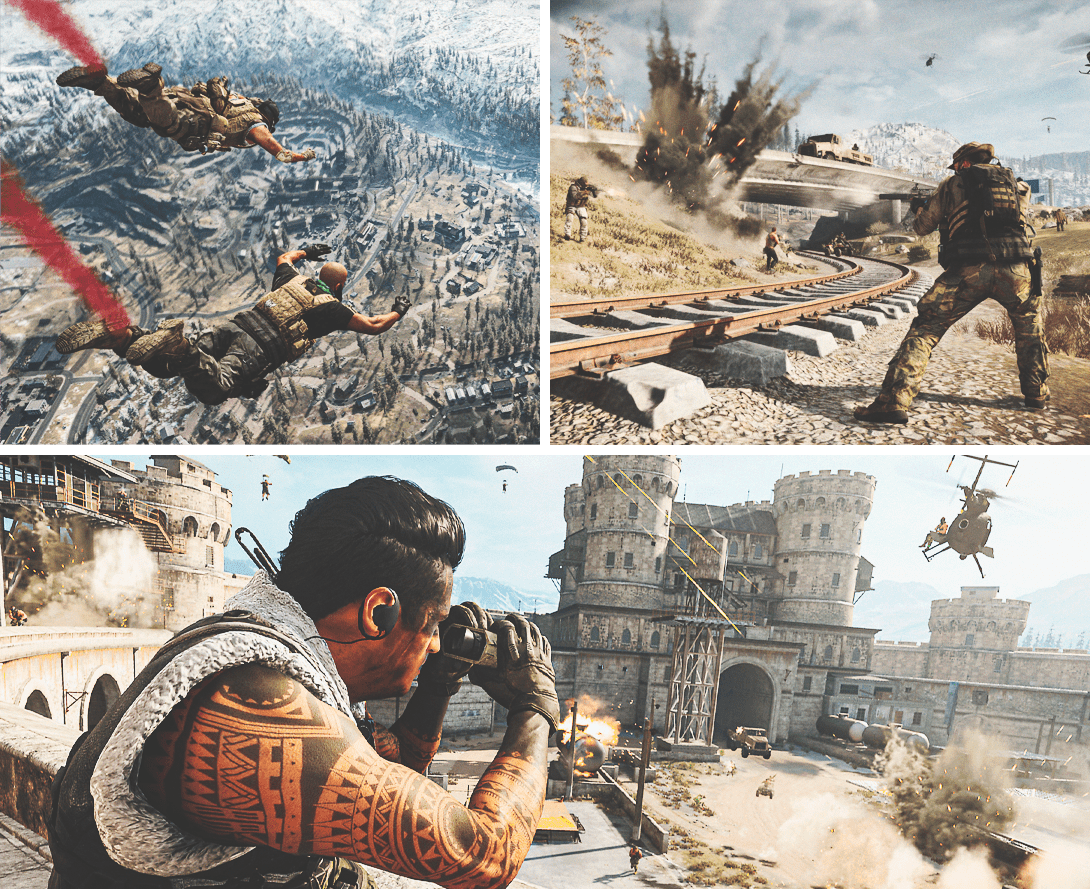 Warzone – free first-person shooter in the royal combat genre – was released in 2020 and put a serious test of players’ hardware, because even on the recommended settings the game requires Intel Core i5, 12 gigabytes of RAM and at least NVIDIA GeForce GTX 970, and on ultra these requirements flying to the sky. But it is worth it, because the graphics in the game on the level of modern AAA-projects.
Warzone has two modes – “Battle Royale” and “Mining”. The reward for the battles is in-game currency, which can be used to buy equipment at the stations in the fictional city of Verdansk. Naturally, there is donat, which can seriously boost your character, but even without it, only on experience, you can put headshots even to the top donaters. As in other king battles, the map shrinks over time, which makes the matches more dynamic. 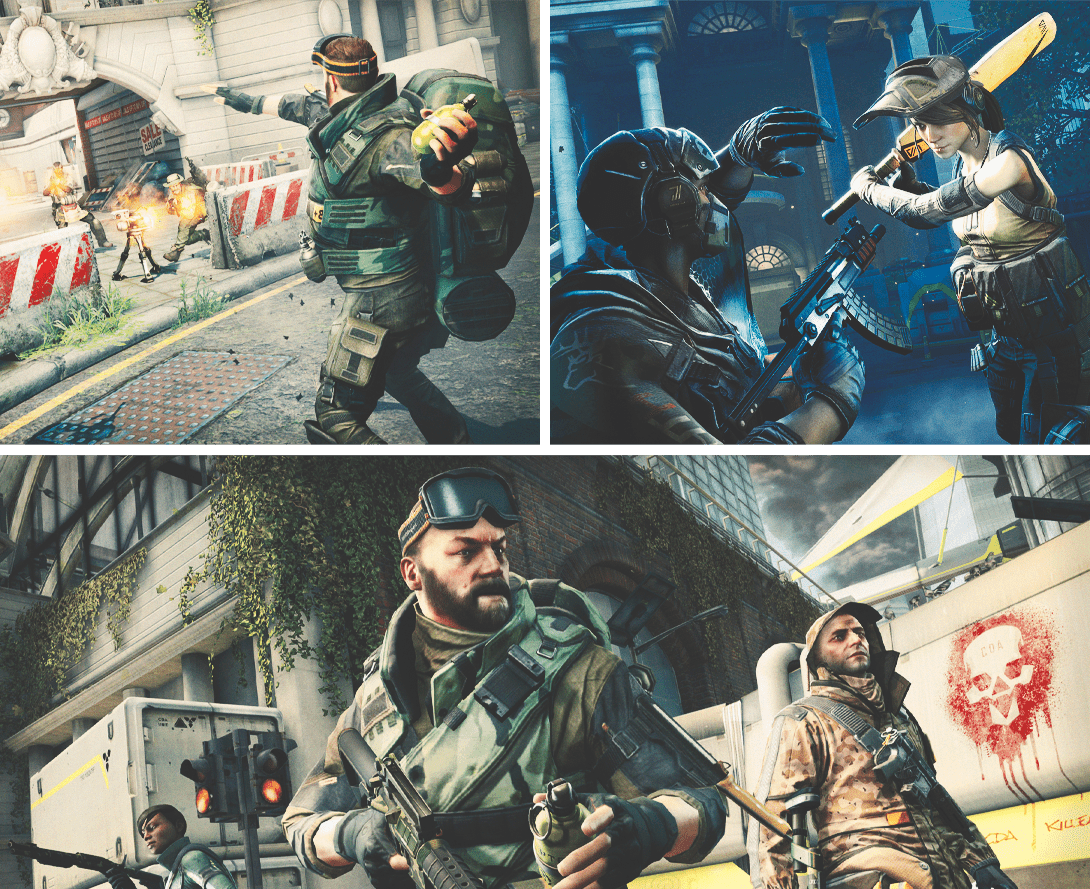 This game came out in 2015, but still looks good even next to modern shooters. The gameplay is a typical tactical shooter with fast firefights and lots of characters. You can choose a squad of three characters at the start, and then you can switch between them right during the game. This is useful because each character has unique skills, which makes the gameplay varied, and even with long fights it does not get boring.
Since 2018 the developers do not create new content, but, according to their assurances, the servers will work as long as gamers are interested in the game. 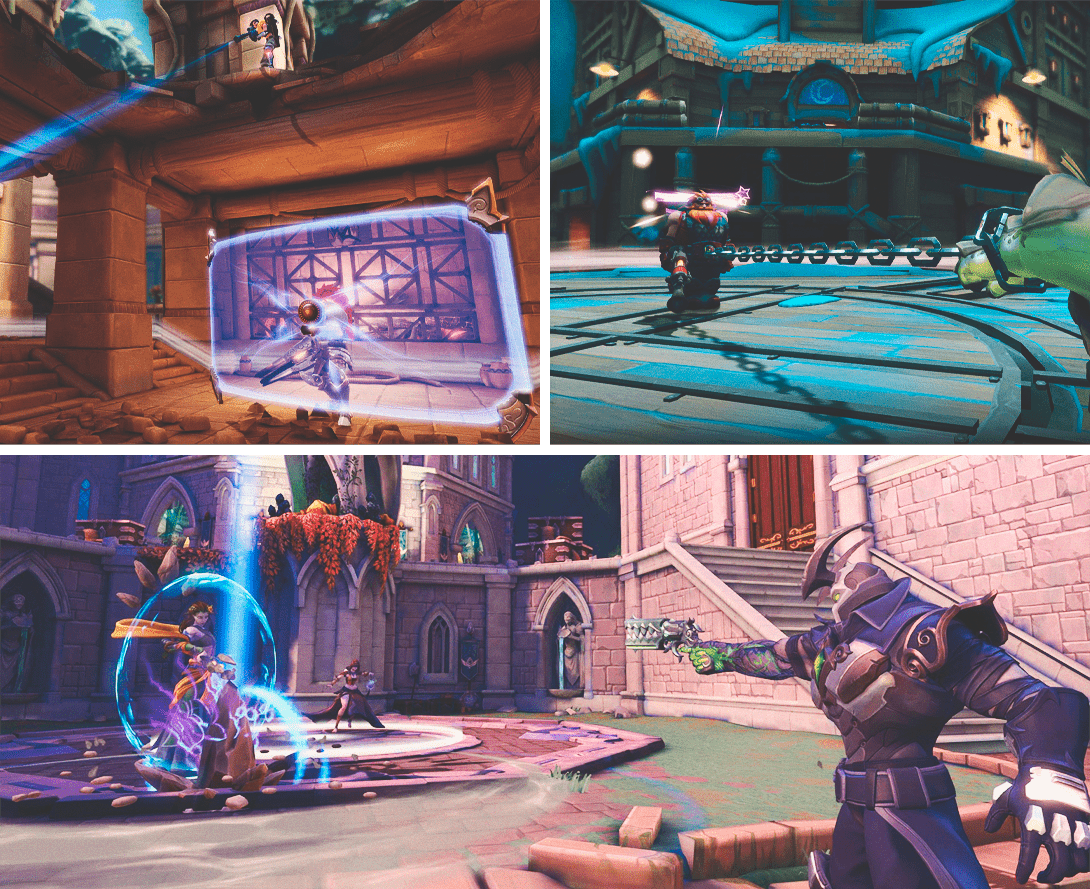 Do you like Overwatch, but the price of two or three thousand rubles does not please you? Then try Paladins. Many critics accused this game of being just a clone of Overwatch because of its cartoonish graphics, but as the developers themselves say, they were inspired by Team Fortress 2 and the past games released by Hi-Rez studio.
In Paladins, the world of the game is a fantasy kingdom populated by humans, elves, orcs and other fabulous creatures. We will not go into detail – let’s just say that here the player controls a champion with unique characteristics in one of four classes. In addition, each champion carries a unique weapon and has an ultimative ability.
Paladins has a lot of combat modes, so the gameplay won’t get boring. 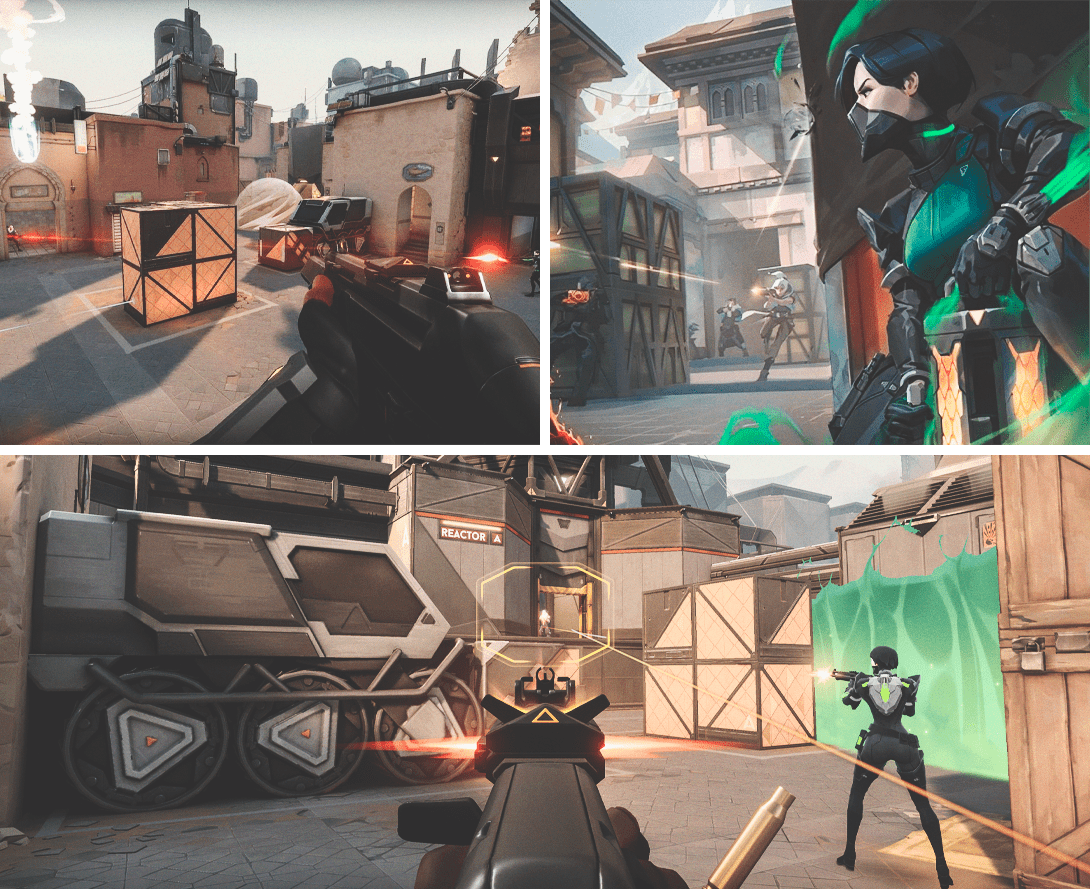 Valorant is a fresh shooter released in 2020 by Riot Games, the same company responsible for League of Legends. This game is something of a mix of Overwatch and CS:GO, and its gameplay consists of two teams of five players against each other. Destroying enemies, you get currency, which can be spent on additional weapons, ammunition and other necessary things for the matches.
But the main thing in Valorant are the heroes. Each of them has abilities, which are bought before the match or earned during it. They can be used after a charge, and a charge is earned by killing enemies, dying, planting or disarming a bomb, and capturing a special sphere. 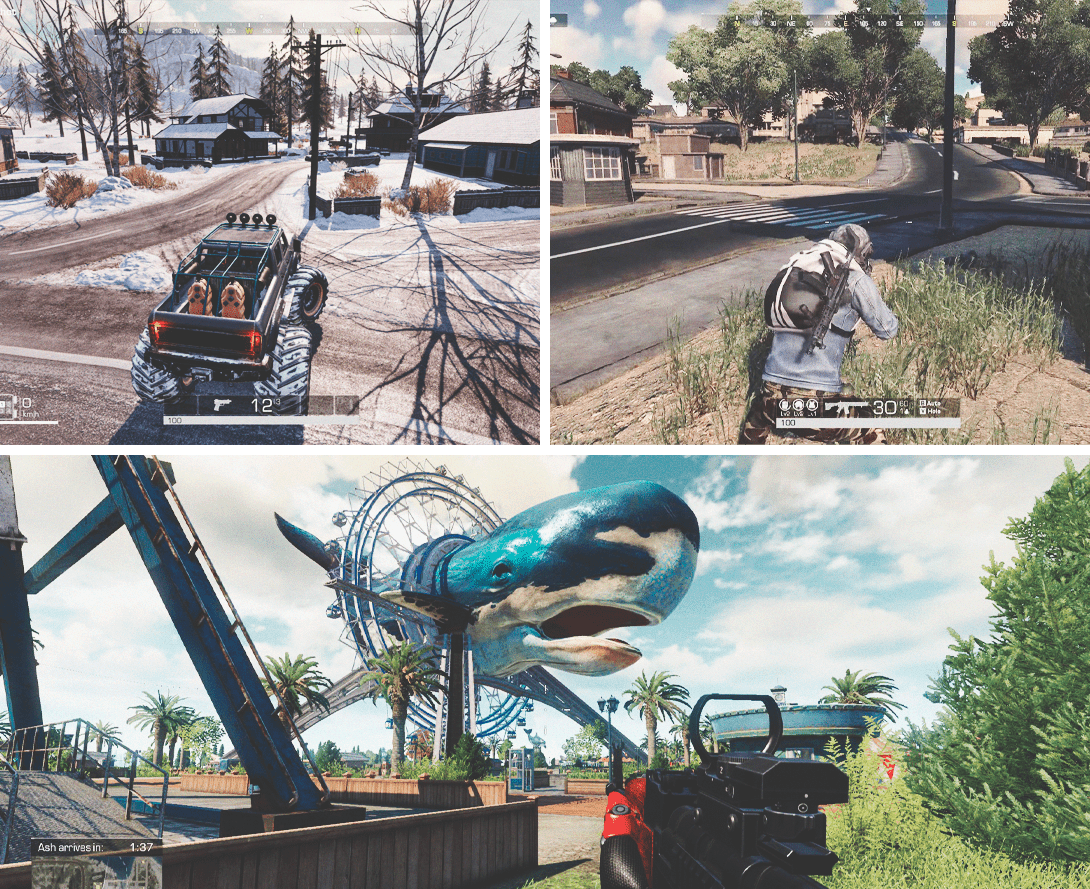 Ring of Elysium was released in 2018 and, unlike many other free shooters in the royal combat genre, has not only beautiful graphics, but also a living world. There are natural disasters, dynamic weather, and global lighting. It all looks nice, and sometimes you just want to get away from the shooters and watch the clouds. But this will not let the other players and the game world itself. The point is that you have to survive the approaching storm, getting to the rescue point, and destroy all the enemies on your way to the helicopter that will take you away from this dangerous place.
The game features a variety of vehicles, as well as various tactical abilities like the use of drones for reconnaissance, holographic decoys, bio-signal detectors and other useful devices that enhance the gameplay and replayability.