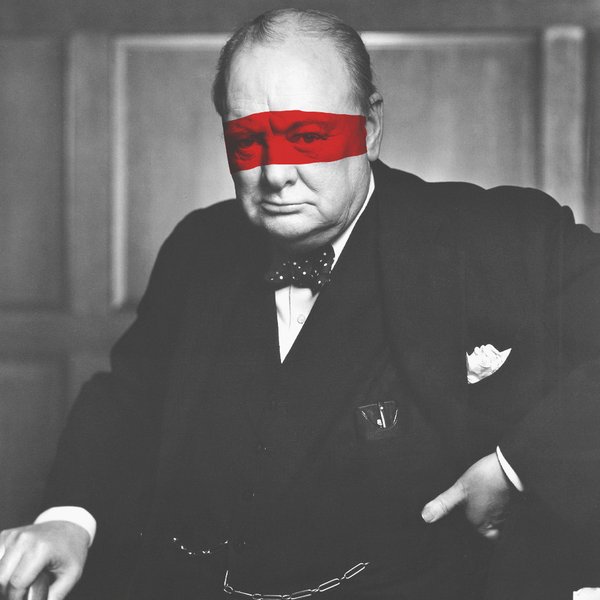 A YouGov poll found that 44% of Britons are proud of their country’s history of colonialism, 21% regret the dark past, and 23% have no clear view on the subject.
And they should be, because at the height of its power in 1922, the British Empire ruled one-fifth of the world’s population and a quarter of the world’s landmass. The Victorian era is portrayed as a romantic time, when Rule Britannia! was sung on every continent. But what is glossed over is the price of Britain’s wealth, what went on behind the scenes of Foggy Albion.
To make you understand why colonialism is evil, we will tell you a few dark pages of Britain’s imperial past, showing that the peoples who came under the royal protectorate were by no means happy to receive such a gift.

You think the Nazis invented concentration camps? Not at all: more than 50 years before the Americans did so during the Civil War, and later the British in their colonies. For example, during the Second Boer War (1899-1902), when attacking the Transvaal and the Orange Free State, where the Boers (descendants of the Dutch colonists) lived, the British did not care much about the civilian population and herded them into concentration camps to prevent the Boer army from helping them.
In total, Her Majesty’s army drove about 107,000 people into the camps. There were so many people that over 26,000 Boers died due to overcrowding in the camps, meager diets, and outbreaks of disease. How many blacks died is unknown, because in those days the British did not consider the native population of Africa as people and did not bother to document civilian casualties in the colonies if they were not white.

The British army felt very free in India and did not think much about its actions. The Amritsar Massacre is a prime example of this. During a peaceful demonstration against British colonial rule in Amritsar on April 13, 1919, which took place in Jallianwala Park on the Vaisakhi (Harvest and New Year’s Day), soldiers under Brigadier General Reginald Daher surrounded the protesters and opened fire on civilians without warning. The soldiers continued firing until they ran out of ammunition. Most of those gathered were women and children, so there was no direct threat to British rule.
According to British figures, 379 people were killed and 1,100 wounded. According to the Indian National Congress, 1,000 people were killed and 1,500 wounded. Whatever the actual number of casualties, London did not recognize the massacre as a colonial crime. As for Brigadier General Daher, he was even hailed as a hero in his homeland and donations of 26,000 pounds sterling (about $900,000 in today’s money) were collected for him.

In 1947, when Britain began decolonization, they did not care much about the ethnic and religious composition of India. The task of dividing India was assigned to Lord Cyril Radcliffe, a British lawyer. The task was to draw a boundary between India and the newly created Pakistan that would divide the subcontinent along religious lines. It seems that such a task should be discussed at length and worked out so as not to create problems in the future. However, Radcliffe was asked to make this important decision in the course of a single lunch.
It was impossible to do anything meaningful in such a short time, so he drew the boundary literally at random and made a division that made no ethnic or geographical sense. Fearful of persecution, thousands of Muslim refugees streamed into Pakistan from India, and Hindus streamed from Pakistan into India. As a result, more than 30 million people were forcibly removed from their ancestral homeland, which quickly escalated into large-scale violence in which armed gangs of adherents of one faith killed anyone who did not belong to their religious faith.
With one stroke of his pen, Cyril Radcliffe estimated that more than half a million or more than a million people had been murdered. No one can calculate how many lives were ruined.

Decolonization continued, but Britain did not want to give up the tidbits. In the 1950s, a rebellion broke out in Kenya against the British practice of taking land from Africans. But, as you might have understood from the British actions in the preceding paragraphs, the Crown was not very ceremonious here, either. Fearing uprisings throughout the country, the British rounded up more than 1.5 million people in concentration camps.
Well then, the British followed the path of the Austrian artist and his followers, who only a few years earlier had been tried by the whole world for atrocities, and made prisoners into slaves under the slogans “Labor and Freedom” and other variants of the famous Arbeit macht frei. Prisoners were held in terrible conditions, tortured and executed, beaten and raped. And the torture was so subtle that even Dr. Mengele would have been terrified enough to hide under his bed, if only not to see the atrocities. Of the mildest forms of torture, let us mention only the eyes smashed out, the breasts and testicles cut off and the skin torn with barbed wire.
All of these atrocities came to light after thousands of elderly Kikuyu Kenyans sued Britain for £200 million in damages and shared their memories.
According to official British figures, the number of people killed was less than 2,000. However, historians, such as David Anderson, say there were at least 20,000 victims, and another historian, Caroline Elkins, believes as many as 100,000 died. Most of the prisoners were civilians who were placed in concentration camps on trumped-up charges of helping the rebels.

Judging by the number of items about India, the British particularly disliked the subcontinent and all its inhabitants. And the person who did the most to reduce India’s population was one man who is considered almost the greatest prime minister in the country’s history—Sir Winston Churchill. In 1943, Churchill ordered that Britain and British soldiers, as well as other countries of British interest, such as Greece, be supplied with grain from India. Because of the seizure of huge grain reserves, a massive famine gripped the Bengal region, claiming between 1 million and 29 million lives, according to various estimates.
Churchill had already had an open dislike for Hindus, including their peaceful protests. For example, he addressed Mahatma Gandhi as follows:

He ought to be lain bound hand and foot at the gates of Delhi, and then trampled on by an enormous elephant with the new Viceroy seated on its back

And after the resistance intensified, he openly declared that he “hated the Indians, as they were brutal people with a brutal religion.” When the famine began, some British officials asked for food to be sent to the region to help the starving population, but Churchill bluntly refused and replied to the request with the phrase: “The famine is their own fault for breeding like rabbits. Even when the Delhi government reported to London that people were dying and thought Churchill didn’t know about it, the prime minister asked only, “Why hasn’t Gandhi died yet?” Now, you understand why the Hindus have no warm feelings for their former master.