5 Species That Will Rule the Earth After Mankind 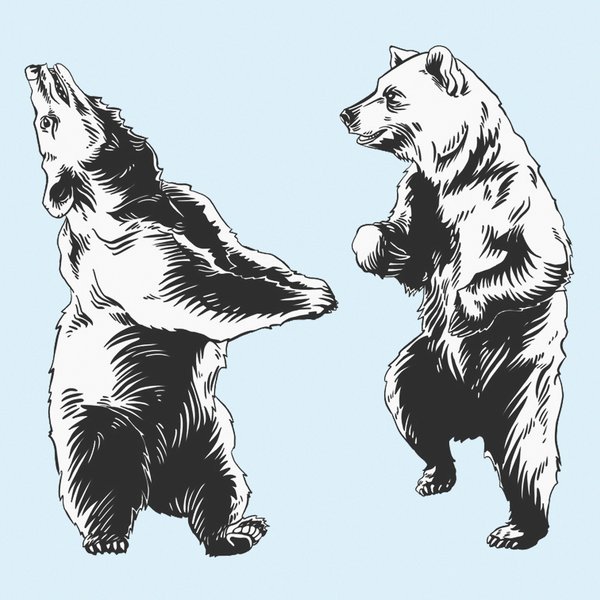 Some time ago we already wrote about who will theoretically take our place on Earth when mankind finally finishes playing with the arms race and the pollution of the planet and self-destructs. We decided to continue this topic, because there are still many creatures that are already rubbing their paws or wings, waiting for the moment when they can become the main thing on this planet.

Dolphins are considered the second most intelligent species on the planet after humans. A 2004 study found that dolphins and porpoises have a brain-to-body weight ratio that, while lower than that of modern humans, is higher than that of any other mammal. And while in humans this ratio is seven and a half, in dolphins it can be as high as five.
So the next time you’re in a dolphinarium, think about whether that cute creature that flaps its flippers wants to take a rifle and start one last war for mankind. If the ice melts and the continents go partially underwater, humans will start fighting for scraps of land while the dolphins pump up their intelligence and wait for their finest hour.
By the way, along with humans and monkeys, dolphins are one of the few species that have sex not only for the sake of reproduction, but also for pleasure.

Crows and other birds of the raven family are quite intelligent and cunning creatures. If you take crows, they have the skill of patience and do not rush at their prey in a gust of instinct. They can wait several minutes for the most favorable conditions, and in this parameter crows are similar to primates.
Also, crows have gestures with which they literally communicate with each other. It is not uncommon for crows to pick up an object and show it to another bird. In this way, they first draw attention to the object and then to themselves, which is similar to the actions of small children and again indicates a sufficiently large intelligence. In addition to gestures, they can imitate human speech.
Under laboratory conditions, researchers have found that crows can bend wires to get treats out of containers and open locks. In the wild, crows trim leaves into the right shapes to perform various tasks.
You’d think crows would be ideal candidates (after monkeys and dolphins) for the role of future rulers of Earth, but they’re not without flaws. They don’t have the grasping fingers that humans and apes do, and they don’t have a strong skeleton.
But evolution does not stand still. Who knows, maybe in tens of thousands of years, crows will develop the intelligence and motor skills of their paws enough to evolve into completely different creatures. Don’t forget that humans, too, were once descended from small mammals that hid in burrows from dinosaurs.

Just because they aren’t in your new building doesn’t mean anything. Cockroaches have not gone anywhere – they just choose a more pleasant environment for themselves. Although cockroaches don’t have even a fraction of the intelligence of the same crows, their name has long been synonymous with surviving in any situation. They existed even before the dinosaurs, survived several waves of mass extinction and will not notice at all that these two-legged creatures, who put on things and live in boxes for some reason, will disappear from their radars.
There are more than 4,500 varieties of cockroaches, and billions of dollars are spent annually to exterminate them. But despite humanity’s efforts to control them, cockroaches are doing just fine. A female cockroach can produce more than 300 individuals (we mean the ones that can grow). And they also have one interesting feature – a distributed nervous system. If you cut off the head of any mammal, it will immediately die, because the body cannot live without a brain. Cut off the head of a cockroach and it will live another week or so, dying of starvation.
But you can rest assured: the cockroach’s intelligence is so weak that it lives purely by instinct. And they have only three needs: to eat, to shit, and to reproduce. And since they are very fond of the latter, when humans disappear and no one fights these insects, they will take over the entire planet quite quickly.

What you do not expect from bears is their future role as rulers of the world. Beneath the clumsy, fat body hides not only enormous power, but also high intelligence. Their level of intelligence is already demonstrated by the fact that bears can not only bypass human traps, but also disarm them by throwing sticks or stones at them.
And if humans disappear from the planet, bears will have more hunting grounds and opportunities to breed and develop intelligence. And given that only humans with guns can stand up to bears (and not always – remember Survivor), if they are left without their only threat, the bears will immediately begin to expand.
Bears are not only smart, but also cunning animals: they can hide and make various deceptive maneuvers. Bears are also incredibly fast and can reach speeds of up to 55 kilometers per hour at short distances.
Mankind is saved from mass extermination only by the fact that bears are quite lazy, and they just don’t want to leave their cozy forests, take sticks in their paws and go to destroy everything around.

Raccoons are funny creatures that are dexterous and cunning. They are also candidates for the post of the main organism on this planet after humans (unless, of course, dolphins grow legs and invent shotguns).
For example, one experiment determined how effectively five-year-old children, dogs, and raccoons would solve the same problem. The task consisted of repeating or predicting the switching on of a light bulb, for which it was necessary to learn the cycle of the system and press the right button. So, while it took dogs about five minutes to complete this task, it took children and raccoons about 25 seconds.
Raccoons have a good tactile memory. In studies, scientists found that raccoons can identify objects in their paws by pointing to the same object located on the table.
Also, raccoons can retain the learned skills for a year. So if you breed this creature, don’t teach it how to use weapons and nuclear physics, or instead of Skynet bombs will be dropped on us by cute raccoons who took over the communications center of the missile forces.