5 Greatest Villains in History Who You Didn’t Know About 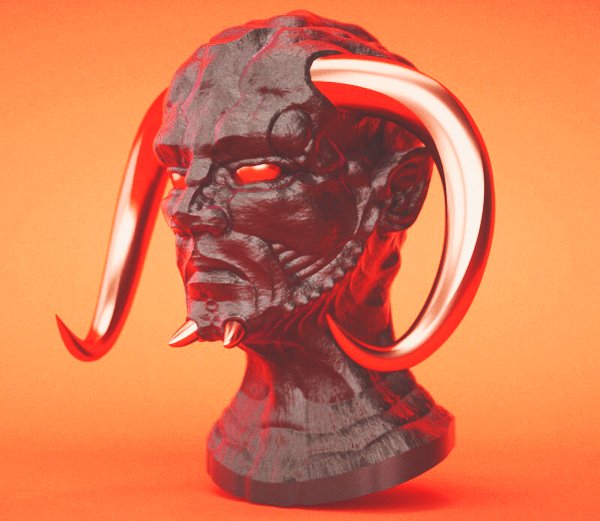 On various resources devoted to history and politics, there are periodic votes in the “World’s Greatest Villain” category. Regardless of the time and audience, the lists always include such guys as Hitler, Stalin, Mao Tse Tung, someone from the Kim family, and sometimes all three. Most people’s opinion of these historical figures has long been formed, so let’s consider other, less well-known, but no less “worthy” nominees.

Let us begin with Leopold II, King of Belgium. On coming to the throne, the young king began to carry out important reforms. For example, he created a network of free elementary school, which were maintained at public expense. Several major parties were formed in parliament and universal male suffrage was adopted. Workers were given the right to form unions, and child labor was banned. Sunday became a legal day off. All in all, very progressive for the late 19th century. But there was a second side to Leopold—it showed up in the colonization of Africa.
By that time all the tidbits were already taken, but Leopold II was convinced that Belgium should also have overseas territories. Parliament did not approve the project to colonize the Congo, and the king then decided to spend his own money with major private investors and even the church. In name only, it was all done to educate the local population. To the world, the King of Belgium looked like a man bringing the light of civilization to the darkest corners of the world. In reality, the Congo was under one of the most inhuman colonial regimes in history. Numbers can tell you a lot. In 1887, Congo rubber production was 30 tons; in just 15 years it had increased nearly 200-fold. At the same time, the local population had been halved.

Of course, there was no question of enlightenment—real genocide was taking place. The aborigines were severely punished for any disobedience. Slaves were simply cut off their hands for not doing their chores, but the slave had to keep working because he still had one arm left. All of this took place in full view of the church, which contributed a substantial sum to the “educational” campaign. Belgium left the colony in the same barbaric way, destroying everything that could be destroyed. Sewers and aqueducts were filled with cement. Obsolete weapons were distributed to warring tribes with the obvious goal of wreaking havoc and covering their tracks, so that the future of the Congo would be even scarier than the past. 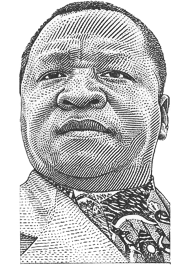 Idi Amin is a villain who would fit perfectly into the Borderlands universe. It was a partly comical, yet brutal and terrifying evil. Amin’s full title eloquently speaks for “comicality”: His Excellency the President for Life, Field Marshal Al Haji Dr. Idi Amin, Lord of all beasts on earth and fish in the sea, Conqueror of the British Empire in Africa in general and Uganda in particular, Commander of the Victoria Cross, the Military Cross and the Order of Military Merit. In addition, Amin defeated the U.S. army in less than a day: early in the morning he declared war on the States, and in the evening he reported a complete victory.
This is the funny side, but there was a second side to the dictator. When Idi Amin came to power, he began to reform—a wild mix of socialism, nationalist extremism, sexism, racism and tribalism. Tribalism is the division of society along clan lines. That is, the Ugandan people were divided according to every possible characteristic, from gender and nationality to social status and political opinion.
The established death squads ruthlessly exterminated all opponents of the new president. The first victims were several dozen officers who had opposed Amin during the coup. The president kept the commander’s severed head in his refrigerator as a trophy. Other opponents of the regime had their hearts cut out, their eyes gouged out and their bodies fed to crocodiles. Unprecedented measures have been introduced to supplement Uganda’s budget. The Internal Security Service was given the right to kill anyone suspected of disloyalty – in fact, anyone at all. After the murder, a ransom was demanded from the relatives for the body. Imagine, this was really one of the points of replenishing the country’s budget!
In general, during Idi Amin’s rule tens of thousands of people were murdered without trial, and most of the intelligentsia and businessmen fled the country. Even ministers and ambassadors fled, because no one felt safe.

When talking about the excesses of Communism, one always thinks of Stalin or Mao, but it was Comrade No. 87, aka Big Brother, or Pol Pot, who “outranked” then akk. The Khmer Rouge, after taking the capital of Cambodia (Phnom Penh), ordered that all the inhabitants of the city be evicted to the countryside within 72 hours… about 2.5 million people. All who resisted were exterminated as people incapable of re-education.
The point was to build a new society (who would doubt it!), and to build something new you must first destroy the old. Thus, the whole people of Cambodia were divided into three groups. The “core people” were the uneducated peasants of the countryside. They were of no concern to the new regime. The “new people” were the same villagers who lived in the occupied territories. They were to be re-educated. The third part—the intelligentsia, the clergy, employees of the state apparatus under the previous government, former military and so on. All of them had to be eliminated. And so they did. During the Khmer Rouge rule 1 to 3 million people were killed, that is half to a quarter of the country’s population.

Glasses were considered a sign of insecurity. If a man wore glasses, he must have lost his eyesight by reading books. What kind of books could he be reading? Well, of course, Western bourgeois books. Consequently, this person is a danger to the regime and cannot fit into the new society. The question “Are you the smartest?” has reached a new level. Being smart in Cambodia in the 1970s was very dangerous. Death camps were set up in the temples of knowledge—schools. One of the most famous was Tuolslin, now home to the Red Regime Crime Museum. In addition, all over Cambodia, there are so-called death fields, places of mass graves, and there are more than 20,000 of them in total.

Paul Pot pass away as late as in 1998. In his last interview, he said that he had no regrets about anything. Everything that was done on his orders was done in the name of Cambodia. His body was cremated on a bonfire of old tires. 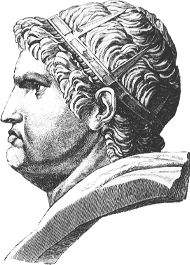 In ancient times, there were a huge number of amazing military and political figures—it is difficult to choose one that clearly stands out from the general mass of despots. So let’s turn to the classics: Ancient Rome, Emperor Nero.
According to legend, Agrippina, Nero’s mother, received a prediction that her son would become emperor, but would also cause her death. “Let him die, just so he can rule,” was her answer. And so it happened. Because of disagreements and his mother’s too important role in the empire, Nero repeatedly tried to kill her, resorting to poisons, a rigged shipwreck, and the collapse of the chambers, but every time Agrippina survived. Eventually the young emperor gave direct orders to his guards. When the assassins showed up, the emperor’s mother asked to have her belly pierced where her womb was. Thus she showed remorse for giving birth to such a son.
Gaius Suetonius, the Roman historian, writes the following about Nero: “He had already executed without measure and indiscriminately anyone and for anything.” The fact is that there was a law on insulting the emperor’s majesty. The emperor could be insulted for any reason. Simply put, it was a law that allowed anyone to be executed. Including his ex-wife Octavia. What happened next was the famous burning of Rome – most of the city was engulfed in flames. The same Suetonius writes that the initiator of the fire was Nero himself. The emperor, dressed in a theatrical costume, watched the fire from a safe distance, while he played the lyre and recited his own poem about the death of Troy.
Subsequently, the Senate declared Nero an enemy of the people and ruled that he should be publicly executed. But the emperor decided to go as he lived – theatrically. He ordered loyal servants to dig a grave for him and, with the words, “What a great artist dies!” – he slit his own throat. When the representatives of the Senate arrived to catch Nero, he was still alive. One of the riders dismounted and pretended to try to stop the bleeding.

To avoid accusations of sexism, let us include at least one woman in our list. Elisabeth Báthory, the bloody countess from Hungary, is considered the record holder for the number of murders she committed herself. This is no joke–Báthory is listed in the Guinness Book of World Records. The exact number of victims is unknown, but at the trial the figure of 650 people was voiced. The story of Elisabeth’s serial murders is confirmed by several hundred witnesses, as well as a large amount of evidence in the form of mutilated bodies of already dead, dying and imprisoned girls found during the detention of the countess.

It was the young girls that the Countess loved, but this love was very peculiar. The daughters of local peasants were lured to the castle under various pretexts: teaching manners, a good job, and simply a pleasant companionship. Instead of all this, the girls were subjected to excruciating death, brutal beatings to death, and the biting off of flesh from the face and other parts of the body. Starving or freezing, burning body parts while still alive. Legend has it that Elizabeth Bathory used to bathe in the blood of murdered virgins in an attempt to prolong her youth in this way. It is not known how true it is, but many eyewitness accounts of the murders have survived. Other witnesses gave the names of their relatives who died in the Countess’s house and had horrific signs of torture.

In 1610, Elisabeth Báthory was taken into custody, and after her trial she was walled up in a narrow room of the Hungarian castle of Czachtice. There she spent the last four years of her life.