4 Greatest and Most Ruthless Rulers in History 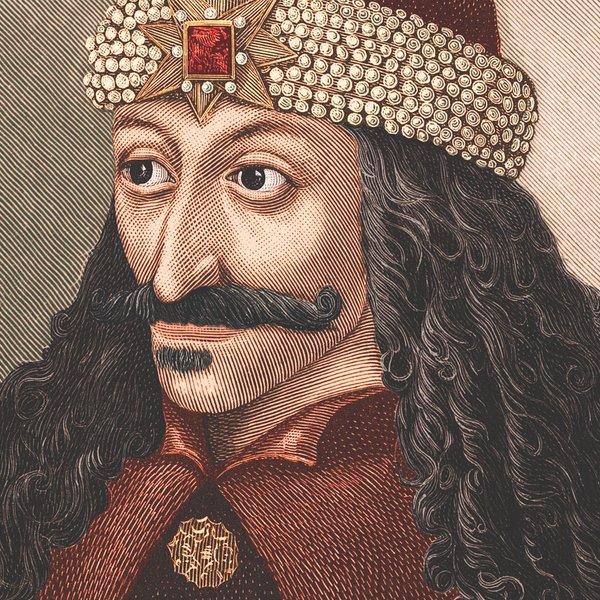 The history of mankind is a chain of heinous criminal offenses. Even in ancient times man realized that not only animals can be killed with a club, but men as well. For a long time, physical force was the main attribute of power, but in time it was replaced by cunning and intelligence. In the pursuit of power, many rulers did not hesitate to kill and intrigue, ruthlessly sacrificing both others and their own. But no great power was ever built without cruelty and bloodshed. 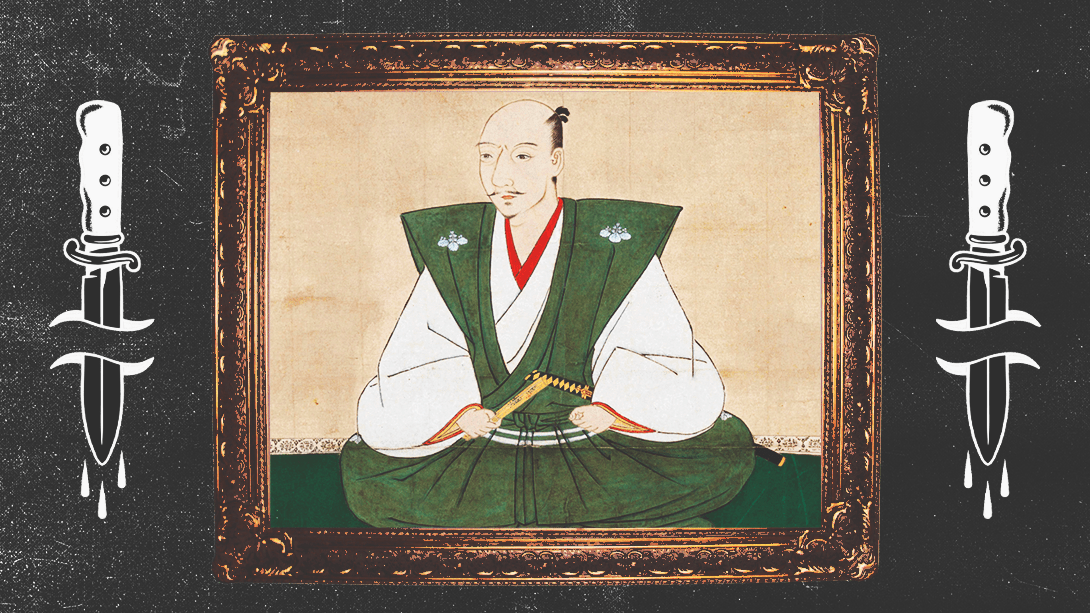 He was born in the most remarkable time for the formation of a true ruler—a period of turmoil and devastation, better known as the Sengoku era. After studying Japanese history of this period, even the most bloodthirsty murderers of Ancient Russia seem like good-natured beards against the background of the samurai, whom Nobunaga led. To begin with, according to the ancient tradition of the House of Oda, after his father’s death the lad had to kill his younger brother and a bunch of his vassals who dared to encroach on his right to rule.
The young Oda Nobunaga was tired of watching his fellow citizens slaughter each other for power and profit, and he spent his life trying to unite Japan and end the war. Nobunaga’s father was by no means the most powerful ruler of those years, and so the path to the greatness of the House of Oda was strewn with the corpses of his enemies.
Of course, good neighbors took advantage of the infighting within the House of Oda and invaded with an army five to ten times larger than Oda’s army. But Nobunaga was not confused and in retaliation, taking advantage of the sudden rain, slaughtered the entire command staff along with the warlord.

After these events, Nobunaga had to fight many more wars, capturing the Shogunate, destroying coalitions of the great Houses, and generally educating the citizens of Japan. Oda Nobunaga recognized only his own power, disregarding his political and religious opponents. Nobunaga also destroyed the armies of monks, who, in addition to preaching, did not hesitate to slaughter people. And for burning Enryaku-ji’s monastery he was nicknamed the Demon-Lord of the Sixth Heaven.

Having carried out many reforms and unified all of central Japan, Oda Nobunaga knew that in order to achieve peace, he had to fight a lot and effectively. However, he failed to complete his plan: Nobunaga was killed by his own commander. 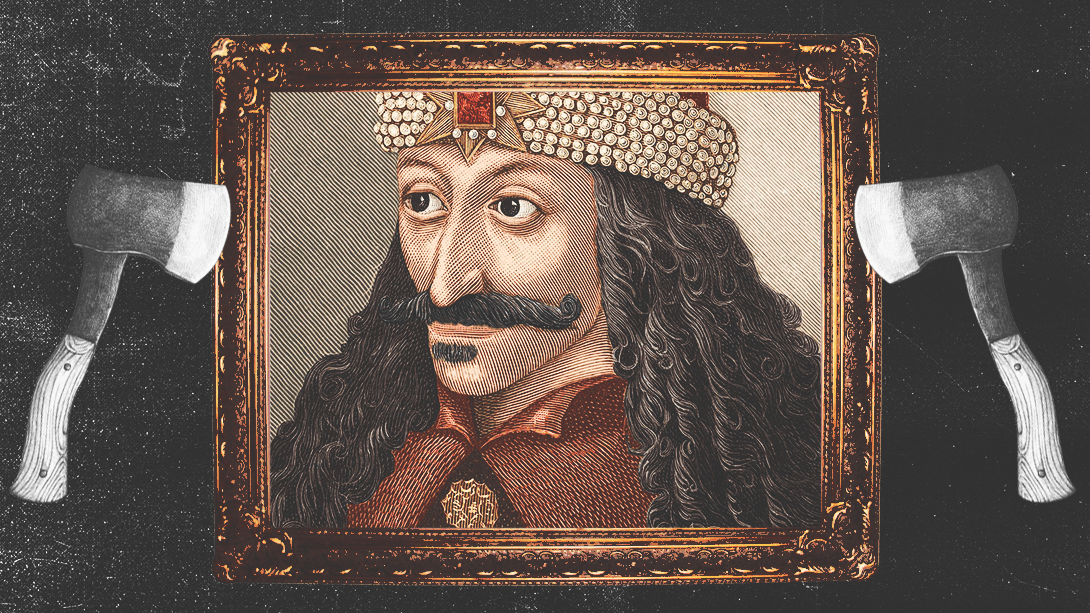 When you say “Dracula,” many people think of the bloodthirsty vampire, the progenitor of all movie bloodsuckers. And not many people know that this image has a real prototype. In reality, Vlad III certainly didn’t drink the blood of poor girls—he did far more bloodthirsty things.
Vlad’s youth did not work out: because of his father’s quarrel with the ruler of Hungary, he had to spend several years as a “hostage of honor” in the Ottoman Empire, while his father with an army at the same time fought for power in Wallachia—Dracula’s native home. Vlad’s life as a prisoner was not good. He realized that he was only the guarantor of his father’s loyalty.

His father’s intrigues ended in his betrayal and beheading, and his brother Vlad was buried alive by the Hungarians. All these events left a deep imprint on the boy’s mind. He inherited the nickname Dracula from his father, who was a member of the Knights of the Order of the Dragon, which translates as Dracula (dragon, devil). Vlad would later exonerate him more than once.

All the rest of his life, Vlad III avenged atrocities against his family. When he came to power, the first thing he did was to find out all the traitors in the person of his own boyars. Dracula lured them to the great Easter feast, after which he executed them. The total number of victims was between 5,000 and 20,000 thousand people. The Turks nicknamed Vlad the Tepes, or the Impaler, for his morbid love of killing his enemies this way. 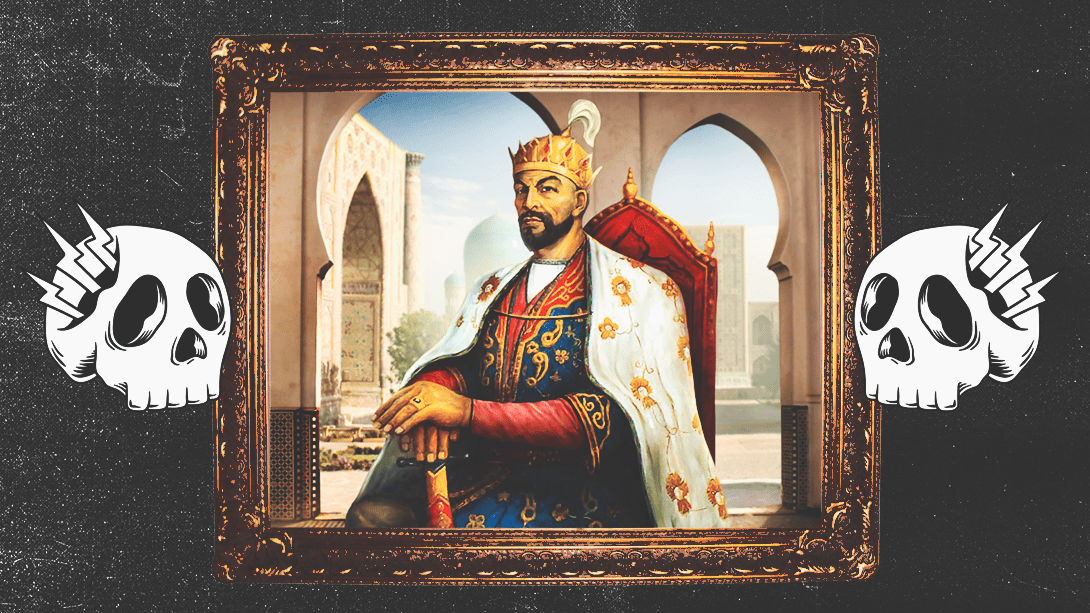 As a member of not the most noble family, Tamerlane was forced to work hard and diligently to become great, namely, to kill and pillage. In the early years, Tamerlane formed a strong company of his companions and began to personally conquer the local rulers.
During his long life Tamerlane conquered all of Central Asia. His military campaigns were extremely successful—Tamerlane is called one of the greatest conquerors in history. This was especially felt by the peoples who came across his path. It is not without reason that the great artist Vereshchagin’s painting “The Apotheosis of War” was inspired by the actions of Timur, who once commanded to create a pyramid of the heads of his defeated enemies.
Tamerlane was a man of honor and kept his word. For example, he promised “not to spill a single drop of Muslim blood” during the capture of the Egyptian city of Aleppo. And you would not believe—he kept his promise! All the Christians were put under the knife and the Muslims were buried alive.

But Tamerlane did not succeed in the civil sphere: his heirs failed to hold on to the conquered lands. After Tamerlane’s death, his empire quickly fell apart, and his former friends fought among themselves. 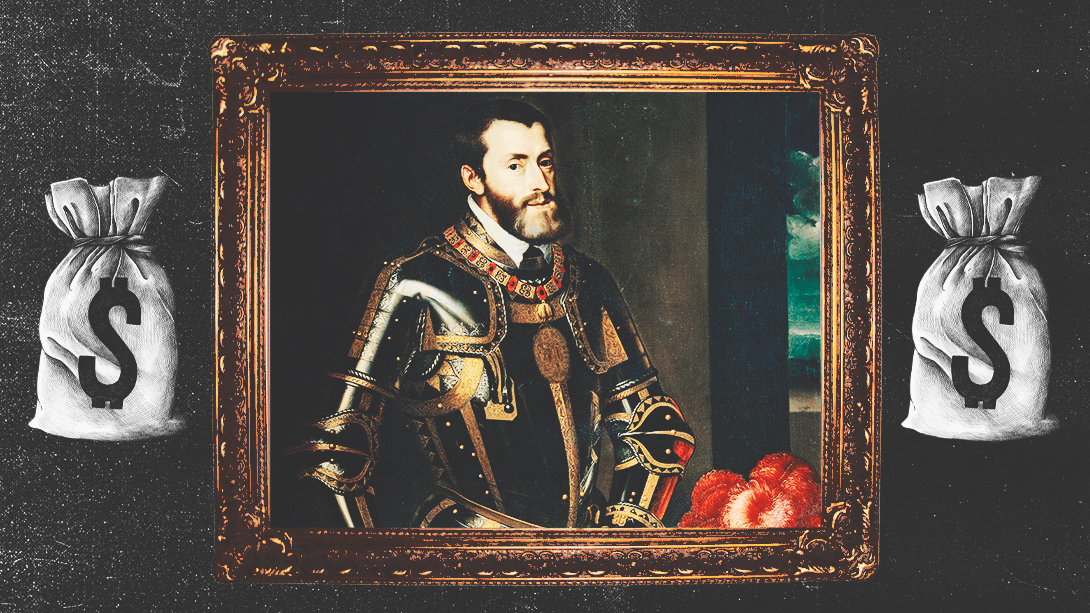 Carl was a humble guy, for he himself only called himself as follows:

Chosen Emperor of Christendom and of Rome, Augustus by right, as well as the Catholic King of Germany, of Spain, and of all the kingdoms belonging to our Crowns of Castile and Aragon, as well as the Balearic Islands, the Canary Islands and the Indies, the Antipodes of the New World, the land in the Sea-Ocean, the Straits of the Antarctic Pole and many other islands, both of the far East and of the West, and so forth; Archduke of Austria, Duke of Burgundy, Brabant, Limburg, Luxembourg, Gueldern, etc.; Count of Flanders, Artois and Burgundy, Palgrave of Gennegau, Holland, Zealand, Namur, Roussillon, Cerdany, Zutphen, Margrave of Oristan and Gothicia, Sovereign of Catalonia and many other Kingdoms in Europe, and in Asia and Africa the Lord, etc.

The life of Charles V was full of bright events. For example, he could be called the unifier of all of Spain (and at that time the Spaniards were a very violent people). He fought a lot and effectively, not forgetting the lives of ordinary people. Under him, a very effective penal code, which had been in force for centuries, was approved.
But he is remembered, of course, for successfully fighting the strongest political adversary of all: the Church. Charles wanted him to be the last emperor to be crowned by the pope, but Pope Clement VII certainly did not want that.

As a result, Charles’s army looted the Eternal City (Rome) and reaped the benefits of the papal lands, killing tens of thousands of civilians. After that, the title of Holy Roman Emperor was inherited, but no one else crossed Charles V’s path.