18 Foods You Should Not Keep in the Fridge 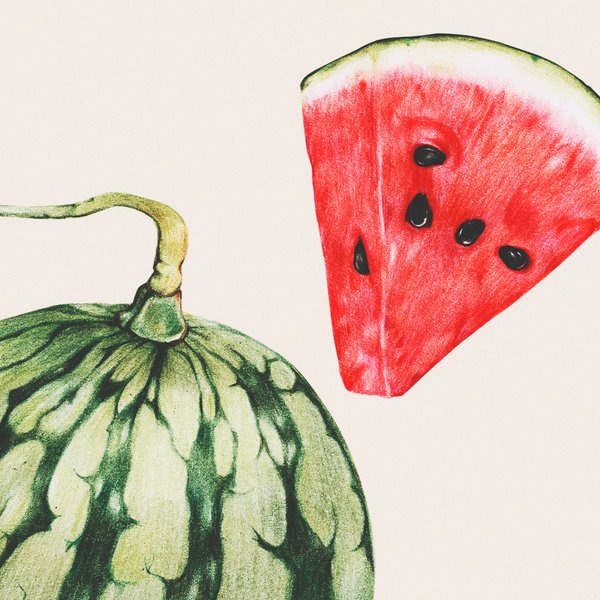 We are used to putting any product in the refrigerator. Of course, because this way it will not spoil, and it is better when the food and drinks are chilled. Or is it still not reasonable for all products? Some food is better not to leave in the cold, because, on the contrary, it will spoil or lose its flavor.

It’s best to keep whole watermelon, melon, and other gourds at room temperature. This way you can preserve their flavor as well as the antioxidants, which are destroyed by refrigeration, especially if it’s harsh. After you’ve sliced your watermelon or melon, keep them in the refrigerator for no more than a couple of days.

We are used to storing potatoes in the vegetable compartment of the refrigerator, because before their preservation was ensured by the cold of the basement, which means that it is effective. In fact, low temperatures destroy the starch, which makes potatoes sugary sweet and grainy. Moreover, it releases gas, which accelerates the rotting of other products.

The best place to keep honey is on a shelf at room temperature, out of direct sunlight. Storing in the refrigerator, on the other hand, causes the honey to crystallize and harden, so that it loses some of its useful properties and takes on a toffee-like structure that is not to everyone’s taste.

Some people think that coffee should be kept in the refrigerator or even in the freezer—they say, so it retains all its flavor qualities. But in fact, the container in which coffee is kept, especially if it is a regular package, leaks odors from the refrigerator, and coffee soaks in foreign flavors. If the container is airtight and there is even a little moisture left on it, coffee can get damp. It is best to store it in an airtight container in a dry, dark place.

You’ve probably noticed that tomatoes from the fridge are less delicious and flavorful than they were when you first brought them from the store. The thing is, the cold spoils the taste and texture of tomatoes, making them more loose and less appetizing. The best way to store them is at room temperature away from direct sunlight. This way not only will the tomatoes retain their flavor and aroma, but they will also ripen.

Sliced onion is always kept in the refrigerator, and often whole onion as well. But because of the humidity in the refrigerator, onion quickly becomes moldy and begins to rot. In addition, cut onions emit gas, which, as in the case of potatoes, accelerates the rotting process of other products. Onions should be kept at room temperature in a dry and dark place.

Like the vegetables listed above, garlic should be stored in a cool, dry place with good ventilation. Storage in the refrigerator, on the other hand, leads to loss of flavor and spiciness, especially if the garlic head is already partially opened and the slices are damaged.

When refrigerated, peppers contained in hot sauces deteriorate, making the seasoning less intense, and you may think that the additive is just exhausted. It’s worth keeping hot sauces at room temperature in a dark place. If you’re worried about the sauce going bad, read the composition. If there’s a lot of red pepper and vinegar, it’s unlikely that dangerous bacteria will develop in the product. And don’t forget the expiration date.

Unripe avocados are brought into many countries so they don’t rot along the way. Keeping this fruit in the refrigerator prevents it from ripening, and you won’t end up enjoying all of its flavors and benefits.

Leave the avocado at room temperature for a few days, so it will ripen and give you more benefits. Ripe avocados can be kept in the refrigerator, but not for long, so as not to impair their flavor and aroma.

All of these fruit plants should be stored at room temperature because, as with avocados, they may arrive unripe. Leaving them in a warm place without direct sunlight for a few days will allow the fruits to ripen and reveal their flavor. If the fruit is overripe, you can store it in a vegetable drawer, but not for long, because it loses its flavor and the dampness begins to rot at low temperatures.

Berries lose their flavor when refrigerated, especially when frozen. They reveal their qualities in the best way at room temperature, so you should eat them as soon as you buy them. If you need to keep them for a few days in the refrigerator, however, it’s best to do it in a dry container where moisture can’t get in. Do not wash the berries before you put them in the refrigerator—otherwise, they will quickly go sour and moldy.

It seems that by keeping bananas in the refrigerator, you prevent them from rotting. But it’s exactly the opposite. Bananas stored at room temperature with plenty of sunlight and good ventilation not only ripen, improving their flavor, but they also spoil slower.

Olive oil in the refrigerator quickly becomes cloudy and grainy. Keeping this oil on the kitchen countertop, as many people often do in order to have quick access to it, is also not recommended, as it will quickly go rancid due to the high temperature coming from the stove and the sunlight. It is better to leave the oil in a dark, cool place such as a kitchen cupboard.

The best place to store chocolate is in a cool, dry place. Keep it in an airtight container, as it quickly absorbs odors. In the refrigerator, chocolate will not only soak up the flavors of other foods, but it will also become damp and lose its flavor due to cooling.

Spices quickly become saturated with extraneous flavors. In addition, condensation forming in the refrigerator can impair the flavor and reduce the shelf life of spices if they are stored in leaky containers or paper packages. Spices should be stored in a dry, dark place and should not be overheated or overcooled.

Previous article10 Exercises That Will Fix the Effects of Sitting All Day in the Office
Next articleNarcissistic People: Who They Are And How To Deal With Them