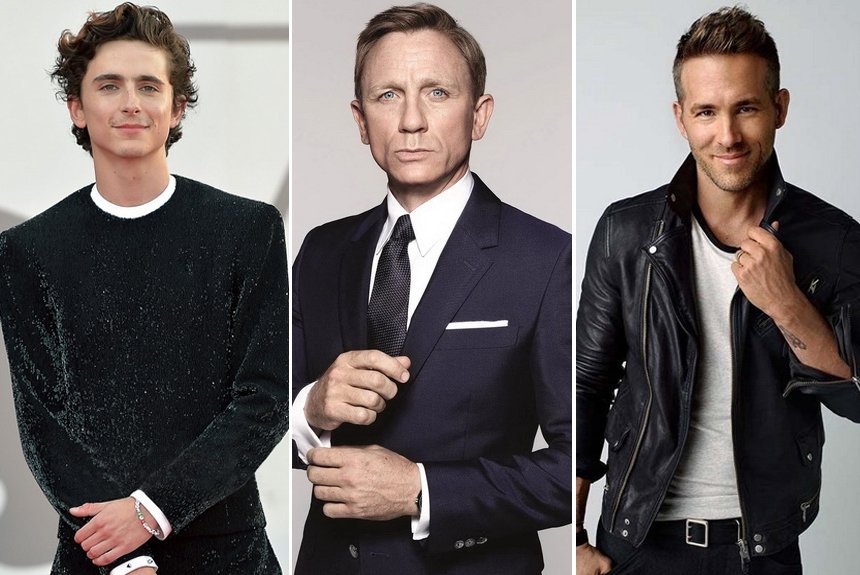 In recent years, men’s fashion has been gaining momentum – more and more members of the stronger sex are turning to creating a unique style. Alain Delon and Yves Saint Laurent are already in the past, the modern fashion industry has new icons. In our article let’s talk about the most stylish men of the last decade.

Rising movie star and handsome Paul Atreides from the acclaimed hit Dune, which is included in our September selection of movie premieres, has long been a true style icon. Timothy has a knack for combining all kinds of things: we’ve seen him in a sparkling bib, and a pink tuxedo, and a classic black suit. He looks perfect in everything! One day the actor is the king of grunge and the epitome of streetstyle fashion, and the next day he’s a real gentleman in a perfectly tailored suit. In 2020, British GQ magazine recognized Chalamet as the most stylish man of the year. 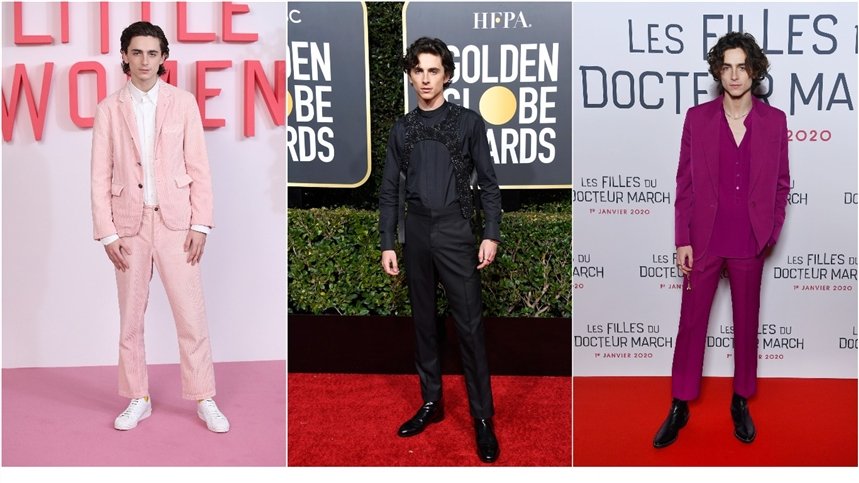 Reynolds is talented in many ways: he is a wonderful actor, a wonderful father, a loving husband, and also has a great sense of taste. Ryan favors a timeless style, in which three-piece suits, black tuxedos, cardigans, and simple basic T-shirts are popular. The actor also likes quite tight clothes, which could emphasize his trim figure. 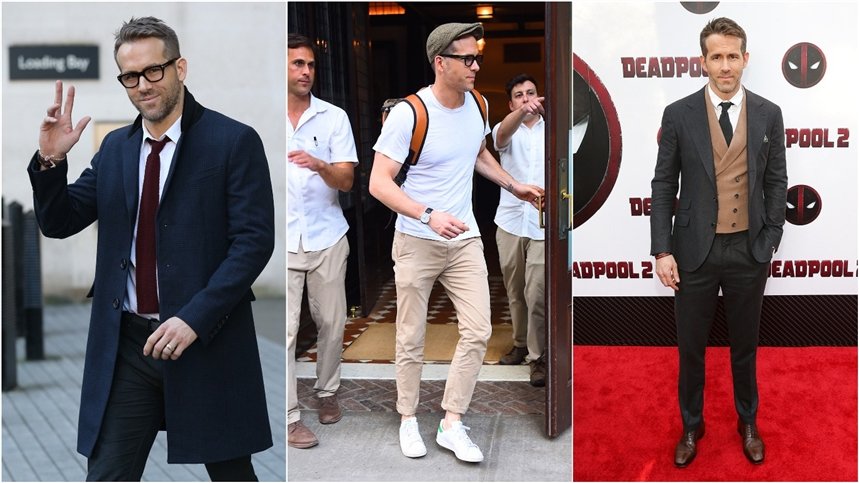 The last decade has revealed John Ledgend to us not only as a talented musician, but also as a serious expert in men’s fashion. He is a man who knows what suits him, and that’s why he steadfastly adheres to his own style. The main feature of the image of the Emmy and Oscar winner can be called minimalism in everything: from clothing to the choice of accessories. Even his most daring outfits create a sense of purity and elegance, whether it’s a pink Gucci shirt or a leather Balmain jacket. 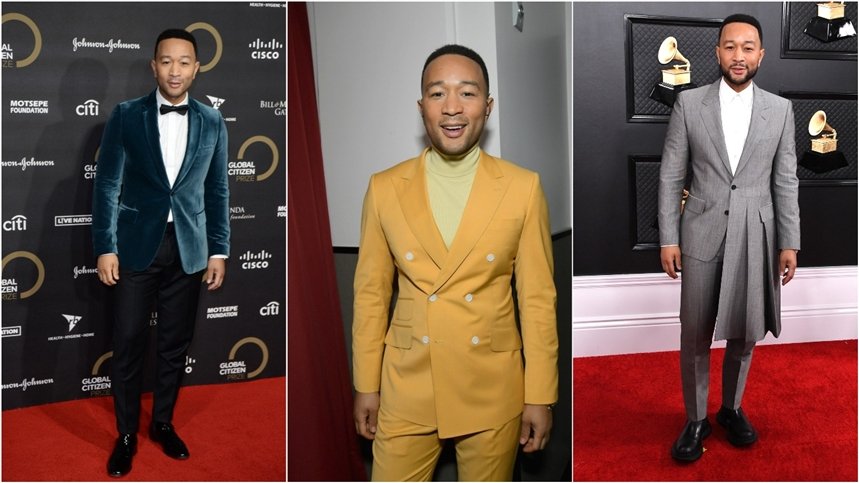 For many, Craig is first and foremost the legendary 007 agent, which means he is an icon of style and elegance. In real life, the actor has indeed adopted many traits of his character. He prefers classics and traditions, giving an elegant look and confidence, including a conservative color palette of images, among which black, gray and navy blue stands out especially.

Daniel also pays attention to detail, so you rarely see him without a perfectly shaped pocket square or a stylish watch on his wrist. But sometimes he can surprise and experiments with colors and materials, appearing at the premiere of his film in a pink tuxedo or in a full denim set. What you definitely can’t deny is that it all really suits him. Want to look like a Bond hero too? Don’t miss this master class. 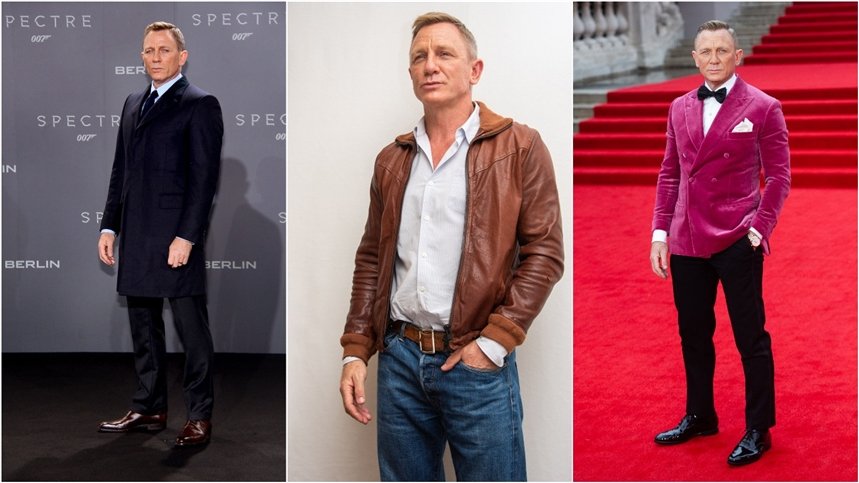 Another proof that Brits have a perfect sense of style is musician Harry Styles. He has changed the rules of modern men’s fashion and showed by his own example that clothes have no clear gender boundaries. Stiles definitely knows everything about style: he bases his closet on basic items, but always plays with their combination and accessories. His outfits are a true work of art and an endless source of inspiration. You will see him in velvet suits, flared pants and ruffled shirts. The musician has managed to gain recognition in the fashion world – he was the first man in history to be placed on the cover of American Vogue. 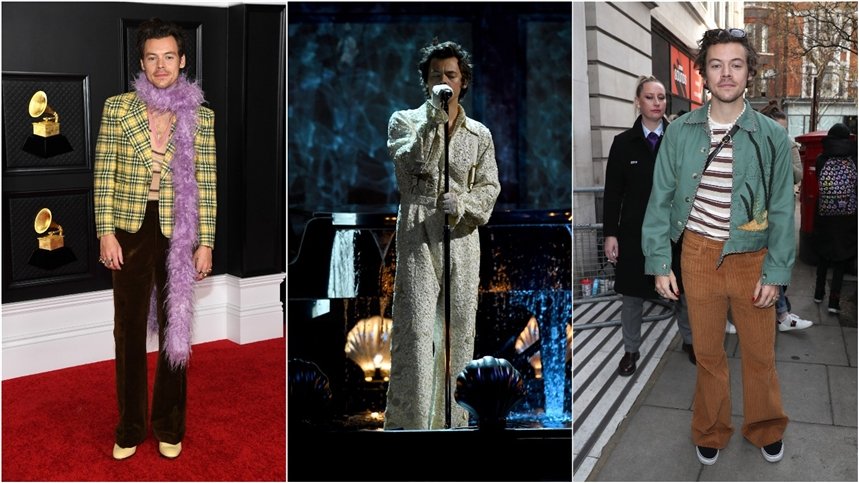 Federer from Switzerland has been proving to us for years that tennis is an elegant and noble sport. You can see the sophistication of his taste both on and off the court. He wears uniforms of Uniqlo brand, which always tries to emphasize the main advantages of Roger and his athletic figure. Outside of sport Federer has become famous for his appearances in clothes from such brands as Dior, Gucci and Prada, besides his most recognizable accessory is a Rolex watch.

The former world number one once captivated American Vogue editor-in-chief Anna Wintour, who is a huge tennis fan and sometimes attends matches and invites sports stars to her magazine events. Wintour once advised Roger to always choose a black classic suit, and he always tries to follow the influential advice of the British fashion icon. 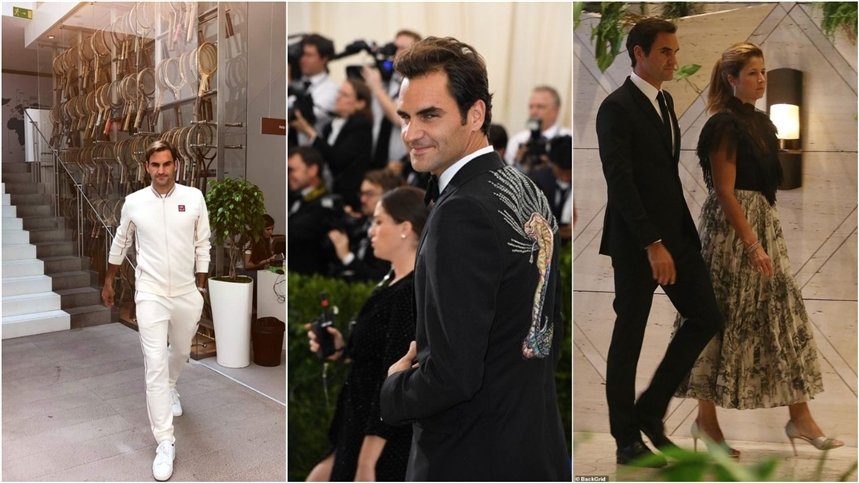 One of the main actors of the “Game of Thrones” series has become incredibly popular since leaving the show. We see him more and more often on the carpet, where he shows many inspiring images. The actor is quickly becoming a style star and is now among the best-dressed men.

His style is a classic with a twist, he always brings something fresh and unique to a seemingly traditional outfit, such as appearing in a monotone suit but with a basic T-shirt rather than a shirt under his jacket, or sometimes wearing sneakers instead of shoes, which visibly adds novelty to his outfit. In the actor’s closet, as well as in his roles, there is always room for variety. 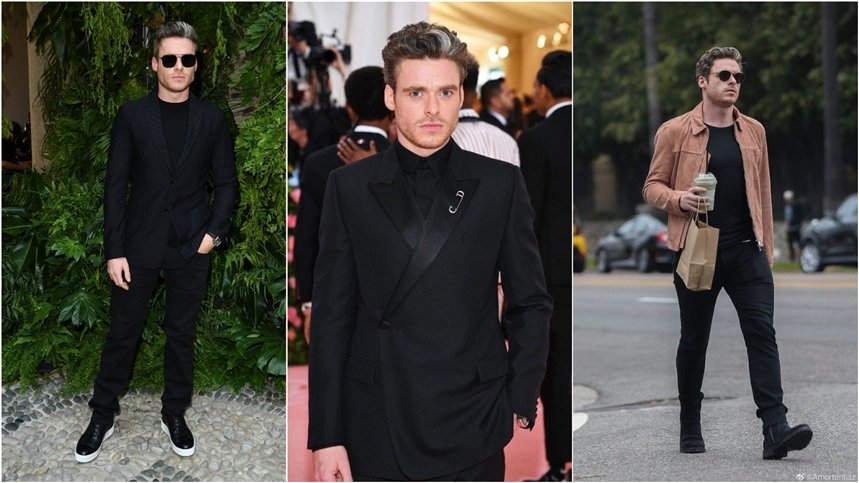 Another athlete in our selection whose style is admired by everyone who follows fashion. To say that the soccer player dresses well is like emphasizing the obvious: the grass is green and the sky is blue. Beckham’s image allows him to remain a household name even after his sporting career is over. Apparently, it’s because of his incredible charisma and detailed style. It is palpable that the influence of the footballer’s wife is not without here (in our article you will find style tips from Victoria Beckham).

The athlete is known for his uncanny ability to look put together every time he appears in public. Beckham prefers elegant suits at events, while in ordinary life he wears jeans, T-shirts and adores hats, especially caps. An important part of his style is the constant change of hair: from a shaved head to a mullet. 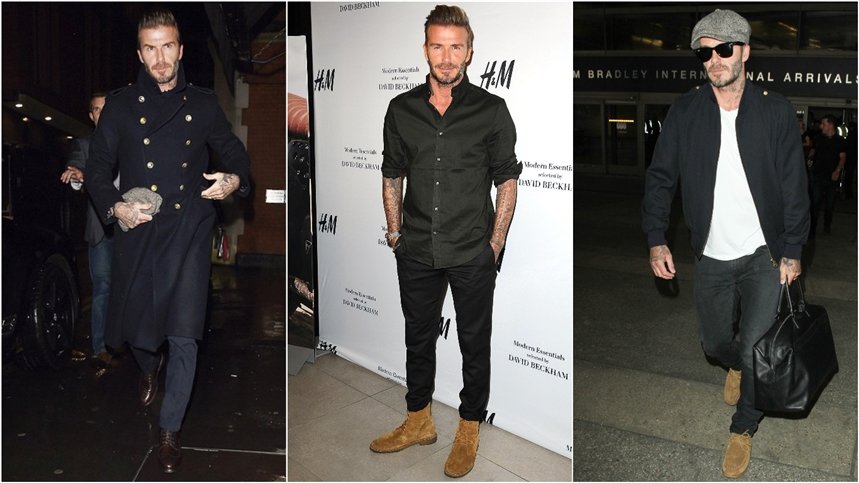 Brad Pitt has long proved to everyone that style has no age restrictions, and at any age you can look exquisite. Sometimes even his slight carelessness in dress causes admiring feedback from critics and fans. On the carpet, the actor is always dressed in classic outfits, while on weekdays he likes to wear jeans with shirts, leather jackets and raincoats. Pitt is an indicator that it is possible to look impeccably stylish and incredibly cool at the same time. 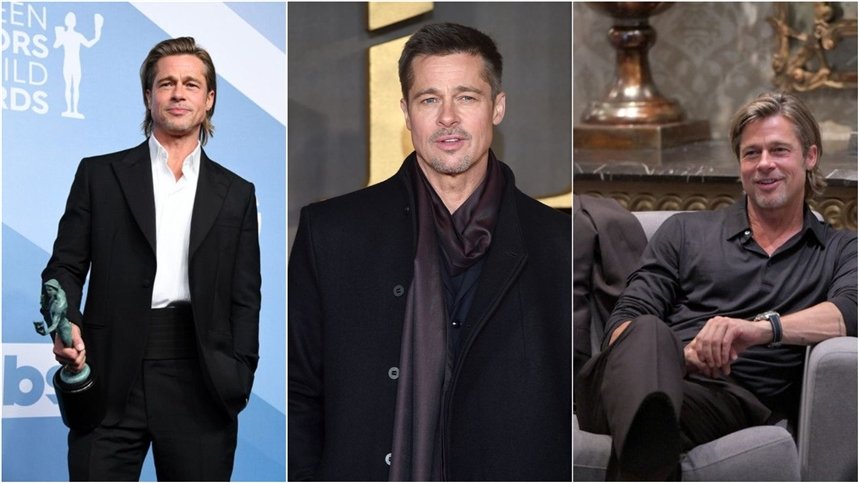 Who knows fashion better than a member of the industry? Lucky Blue Smith is a young mannequin who has already conquered the catwalks of most brands in the world, such as Tom Ford, Versace, Tommy Hilfiger and Moschino. He is truly one of the most stylish men in the world, while always staying as open as possible to experiment with the image. Lucky can be seen wearing a lot of denim, vintage clothing and sophisticated jackets. This guy clearly knows how to conquer the public. 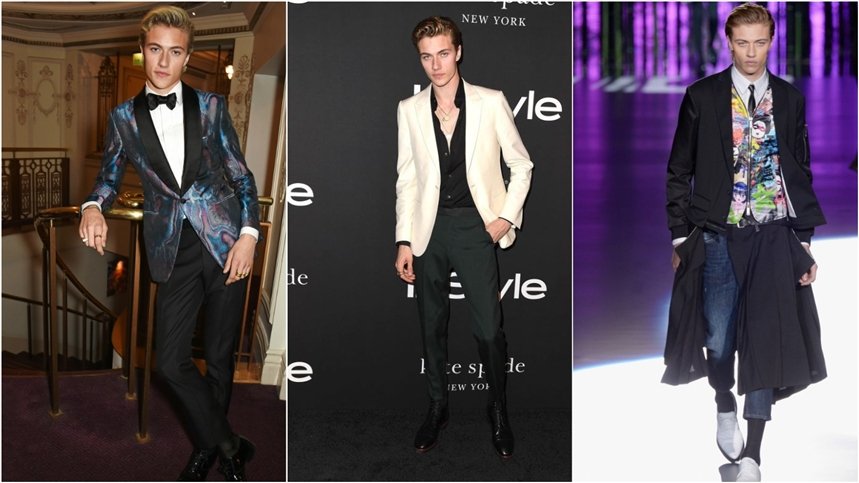 Looking stylish and dressing well are different things, but we hope that our selection will help you find new ideas for creating images. Modern men’s fashion is a harmonious union of classics and street style, as well as the desire to blur gender stereotypes. To be always on trend, check out our review of the main fashion trends for spring 2022.